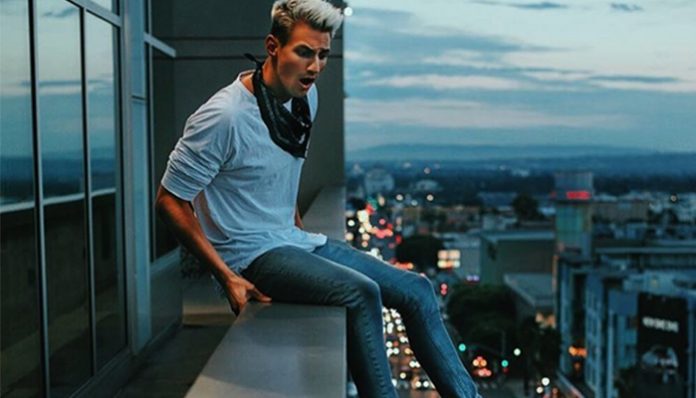 A social media star, Mark Dohner initially gained fame as a comedian on Vine. Over the years, he collaborated with several web celebrities such as Jake Paul, Logan Paul, and Curtis Lepore. Since the app shut down, he has continued to upload videos to YouTube, on which he has a significant fan base- more than 2 million subscribers to be exact.

Like many internet stars, he recently also got involved with acting. For instance, he will be making an appearance in the upcoming film Airplane Mode, which was filmed in 2017. According to IMDb, he is currently also working on a horror film.

How rich is the teen? How much does he make from monetizing his YouTube videos? How lucrative is his career in general? According to various websites, Mark Dohner’s current net worth is around $1 million. Where did he earn the majority of his wealth from? This is what we’ll be taking a look at below.

How did Mark Dohner Make His Money & Wealth?

Born on October 8, 1993, in Ohio, Mark Dohner grew up with his two sisters in California. Unfortunately, not much has been revealed about his early childhood. All we know is that he has always been fond of social media, ever since his early teens. Prior to platforms such as Facebook and Vine, he was active on MySpace.

In the early 2010’s, he gained fame on Vine through his comedic six-second clips. As his popularity grew, he had the chance to work with many internet stars such as Curtis Lepore, Jake Paul, Brittany Furlan and Logan Paul. By the time the app shut down, he had hundreds of thousands of followers.

From there, he continued his activities on other platforms such as Instagram and YouTube, the latter of which he’s been active on since 2014. Known for his vlogs, he had earned himself a decent fan base on the site by 2017. Fast forward to today and he has over 2 million subscribers with more than 242 million views. Some of his most popular videos to date include Blind Date! 7 Foot Tall Guy Meets 4 Foot Tall Girl (15 million views), I Can’t Believe She Wore This For Me (10 million views), and Update: 7ft Tall Guy and 4ft Tall Girl Have Twin Babies (7 million views).

How much does Dohner make from his YouTube channel? According to Nailbuzz, he receives an average of 200,000 views on a daily basis. Assuming that these are all monetized views, he would earn around $200 to $300 a day.

In addition to his YouTube career, what else does he have going for him? For one thing, he recently made his music debut with the single, Does Your Mama Know?. Released on October 23, 2017, multiple remixes have since been released including a Telykast Remix, Ben Maxwell Remix, and Flight School Remix.

Incredibly popular, an accompanying music video was also posted to his official YouTube channel last fall. From then until now, it has picked up over 5.6 million views, making it one of his most popular uploads to date.

No, he isn’t married. Since 2017 however, he has been in a relationship with fellow social media star Kylie Rae Hall.

Does Mark Dohner Have Any Children?

No, Mark Dohner does not have any children.

Did Mark Dohner Go to College?

According to one of his Instagram posts, Mark Dohner graduated from college in 2016.

What is Mark Dohner Famous For?

Mark Dohner initially rose to fame for his six-second videos on Vine. Since then, he has made a name for himself on YouTube, where he has millions of subscribers.

Unfortunately, we do not have any information on Mark Dohner’s abode at this time. Having said that, we do know that he’s currently living with his girlfriend, Kylie.

What Kind of Car Does Mark Dohner Drive?

Unfortunately, details on Mark Dohner’s vehicle is unavailable at the time.

How Much Money Did Mark Dohner Make Last Year?

At this time, we do not have any information on Mark Dohner’s 2017 earnings.

As mentioned earlier, he started to date Kylie Rae Hall, a fellow social media star in 2017. Since they got together, the pair has appeared in several videos together on his YouTube channel.

On the big screen, he will also be making a couple of appearances in the films Airplane Mode and Followers later this year.

What to keep up with the twenty-something? Be sure to follow him on social media- you can find him on Instagram and Twitter at @MarkDohner. On Facebook, you can check out his official fan page by clicking here.