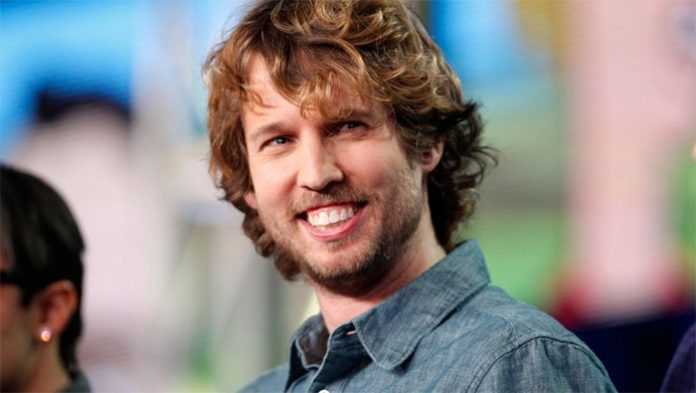 An American actor, Jon Heder made his big screen debut in the 2004 comedy flick Napoleon Dynamite, for which he won two Teen Choice Awards. Since then, he has appeared in several other movies including When in Rome, Blades of Glory, School for Scoundrels, and The Benchwarmers, to name a few.

In addition to his film work, he has lent his voice to many television series including Robot Chicken, Uncle Grandpa, The Legend of Korea, and Teenage Mutant Ninja Turtles. Most recently, he played one of the title characters in the animated cartoon, Pickle and Peanut.

How much is he paid per acting? How lucrative is his career in the showbiz? Is he involved with any other projects outside of the industry? How rich is he? According to various sites, Jon Heder has accumulated a net worth of $15 million as of 2018. Where did he earn the majority of this from? Let’s find out.

How did Jon Heder Make His Money & Wealth?

Born on October 26, 1977, in Fort Collins, Colorado, Jon Heder grew up in Salem, Oregon, with his five siblings. As a teen, he attended South Salem High School, from which he graduated in 1996. Continuing his studies, he went to Brigham Young University, during which he appeared in a couple of short films, Funky Town, and The Wrong Brother.

A couple of years after graduating, he received a big break after being cast as the title character in the feature film, Napoleon Dynamite. Released in June 2004, the comedy flick quickly proved to be popular, having garnered positive reviews from many critics. Responsible for his rise to fame, Heder’s portrayal of the socially awkward teen earned him many accolades including two Teen Choice Awards. For the role, he was allegedly paid $1,000.

From there, he landed string roles in the films Just Like Heaven, The Benchwarmers, School for Scoundrels and Blades of Glory, most of which earned him industry awards. Continuing to act into the 2010’s, he worked on many other titles such as Drained, Walt Before Mickey, and Ghost Team. Most recently, he lent his voice to one of the characters in the computer-animated movie Surf’s Up 2: WaveMania in 2017.

Speaking of voice-acting roles, he has also worked on many television series. For instance, he has voiced various characters in Robot Chicken, Uncle Grandpa, The Legend of Korea, Teenage Mutant Ninja Turtles, and Star vs. the Forces of Evil. Most recently, he reprised his role as Pickle in the cartoon Pickle and Peanut. Outside of television and film, he has also voiced a couple of characters in the video games Armikrog and Epic Mickey 2: The Power of Two.

In terms of other endeavors, Heder has also worked on a few web series over the years. In 2009, he starred as Drex Greene in Woke Up Dead. Since then, he has also appeared in Fact Checkers Unit, Dead Grandma, TableTop, and Critical Role.

Going back to our original question, a significant portion of his wealth most likely comes from his successful film career. With that said, it’s obvious that he’s also involved with other projects (e.g. television, voice-acting, video games).

Yes, he has been married to Kristen Bales, whom he met while studying at Brigham Young University, for over two decades.

Does Jon Heder Have Any Children?

Yes, he and his wife have four children, two sons, and two daughters.

What is Jon Heder Famous For?

Jon Heder rose to fame in the early 2000’s for his portrayal of the title characters in the comedy film Napoleon Dynamite. Since then, he has worked on well over a dozen other movies.

Unfortunately, we do not have any information on Jon Heder’s abode at this time, nor do we have any pictures to share.

What Kind of Car Does Jon Heder Drive?

Information on Jon Heder’s vehicle is not available.

How Much Money Did Jon Heder Make Last Year?

We do not have any details on Jon Heder’s 2017 salary at this time.

According to IMDb, he will be appearing in a few upcoming movies including When Jeff Tried to Save the World, Killing Winston Jones, and Relatively Super. As far as television goes, he recently reprised his roles in the animated series Pickle and Peanut and Stretch Armstrong & the Flex Fighters.

Want to know what the actor is up to? If so, you’ll be happy to know that Jon Heder is active on social media—you can find him on Twitter and Instagram at @HederJon. On Facebook, you can also show your support on his official fan page here.