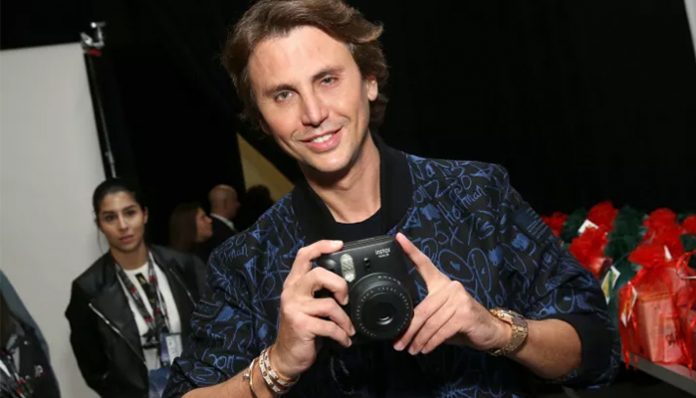 A television personality, Jonathan Cheban is best known for his appearances on Keeping Up with the Kardashians. A friend of the Kardashian sisters, he has also appeared in several of the show’s spin-offs.

As far as his other TV credits go, he has also been featured in the shows The Spin Crowd, The Doctors, Party On, Celebrity Juice, Celebrity Big Brothers, and Celebs Go Dating. Though being an actor isn’t his main focus, he recently also worked on a film titled By Any Means.

How rich is the reality star? How much is he paid for his role in the E! show? Is he involved with any other projects? According to various sites, Jonathan Cheban has an estimated net worth of $3 million as of 2018. Where did the majority of this fortune come from? We’ll be taking a look below.

How did Jonathan Cheban Make His Money & Wealth?

Born on February 21, 1974, in the Soviet Union, Jonathan Cheban moved to Fort Lee, New Jersey with his family, where he grew up. As a student, he went to Fort Lee High School before continuing his studies at Hofstra University as a communications major. After graduating, he landed a job as an assistant for publicist Peggy Siegal. As one thing led to another, he eventually left the company a few years later to form his own firm, CommandPR.

With that said, it wasn’t until the late 2000’s—after he started appearing on television, that he started to gain fame. As it had happened, he had made his small screen debut in the reality series Keeping Up with the Kardashians. A friend of the Kardashian sisters, he has since appeared in over two dozen episodes.

In fact, he has also appeared in several episodes of the show’s many subsequent spin-offs. To this date, he is best known for his work with the Kardashians on reality TV.

That’s not all that he has worked on —at one point in 2010, he also had his own reality show called The Spin Crowd, which chronicled his life, as well as that his employees at his CommandPR firm. Produced by none other than Kim Kardashian, the series premiered on E! on August 22, 2010. Due to the poor ratings, however, it was canceled after one season.

As far as his other TV appearances go, he has also been featured in several additional programs such as The Doctors, Celebs Go Dating, Celebrity Juice, and Celebrity Big Brother, to name a few. Last year, he even made his acting debut in the film By Any Means.

In addition to his entertainment career, Cheban also has a few business ventures. Not only does he have his own line of clothing called Critic, but he also has two restaurants—Burger Bandit in New York and Sushi Mikasa in Miami.

The last that we’d checked, he was in a relationship with Anat Popovsky, a stylist whom she met on the set of Kourtney and Kim Take Miami.

Does Jonathan Cheban Have Any Children?

No, as far as we know, Jonathan Cheban does not have any children.

Did Jonathan Cheban Go to College?

Yes, he did. After high school, he studied communication at Hofstra University in Hempstead, New York.

What is Jonathan Cheban Famous For?

Jonathan Cheban rose to fame for his appearances in Keeping Up with the Kardashians in the late 2000’s. Since then, he has appeared on several other TV programs such as Celebrity Big Brother, The Doctor, and Celebs Go Dating, to name a few.

Unfortunately, we do not have any details on Jonathan Cheban’s residence at this time, nor do we have any pictures of his abode.

What Kind of Car Does Jonathan Cheban Drive?

How Much Money Did Jonathan Cheban Make Last Year?

Unfortunately, details on Jonathan Cheban’s 2017 salary is not available at this time.

Over the past year, he has made several television appearances in the shows Keeping Up with the Kardashians, Celebrity Juice, and Celebs Go Dating, as mentioned earlier. In 2017, he also made his acting debut in the movie By Any Means.

Want to know what he’s up to? If so, how about following him on social media? You can find Jonathan Cheban on Twitter and Instagram at @FoodGod. On Facebook, you can also check out his official fan page for the latest updates!