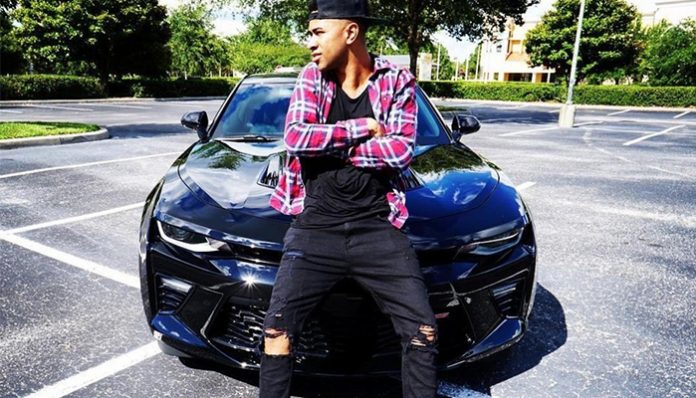 Hailing from Florida, Alfredo Villa aka “Prettyboyfredo” is best known for his self-titled YouTube channel. Since he first joined the site, his pranks, challenges, and vlogs have earned him more than 4.7 million subscribers.

In addition to that, he also runs a YouTube channel with her girlfriend called The 2X Family. Similar to his main account, it initially gained traction for his prank videos. With the birth of his daughter Ava, however, he has also started to post more family-oriented vlogs. Though not as popular as his other account per se, it has gained more than 2.4 million subscribers to date.

How much does the YouTuber make from his videos considering the number of views that they pull in? How lucrative is his online endeavors? According to various sources, Prettyboyfredo has accumulated a net worth of $700,000 as of 2018. How much of this came from YouTube? Is he involved with anything else? Let’s have a look below.

How did Prettyboyfredo Make His Money & Wealth?

Hailing from Palm Beach, Florida, Alfredo Villa aka “PrettyboyFredo” initially joined YouTube in 2009. With that said, it wasn’t until 2014—over five years later—that he started to upload content to his channel. His first video, NBA 2K15 Xbox 360 Review and Gameplay was posted on October 7, 2014. Unfortunately, not much is known about the YouTuber’s early life at this time.

Over the next few months, his popularity increased steadily as he continued to upload new videos—most of which were NBA 2K15 related. Before long, he had earned himself a sizeable fan base on the site.

In the end, it wasn’t until 2016 that he started to include other content such as pranks, and vlogs on his channel. Popular among viewers, it did wonders at bringing up his subscriber count. By the end of that year, he had well over two million subscribers. Fast forward to 2018, and this number has grown significantly to over 4.7 million subscribers. Not just that, but he has received more than 557 million lifetime views across his videos.

With the audience that he has, it’s easy to see how he can pull in a decent amount of earnings of YouTube. Simply by displaying ads, he’d earn an impressive amount of money on the side. How much? According to Nailbuzz, Prettyboyfredo receives around 230,000 views per day on average. Assuming these monetized through Google ads, it would yield him upwards of $400 a day, which works out to be ~$150,000 a year.

In addition to his main channel, the twenty-something also runs a second channel with his girlfriend, Jasmine. Launched in 2015, it originally started as another account for his pranks and challenges. Since the birth of their daughter Jasmine, however, the couple has also started to include family vlogs.

Though not as popular as his main channel per se, it is still impressive in that it has since gained more than 2.4 million subscribers. In fact, most of their uploads easily gain over a million views. Given that its contents are also monetized, it would provide him with another stream of income.

While he isn’t married, he has been in a long-term relationship with his girlfriend, Jasmine.

Does Prettyboyfredo Have Any Children?

Yes, he and his girlfriend have a daughter named Ava, who was born in 2017.

Did Prettyboyfredo Go to College?

Unfortunately, not much is known about Prettyboyfredo’s education background at this time.

What is Prettyboyfredo Famous For?

Prettyboyfredo is best known for his self-titled YouTube channel, which has since gained more than 4.7 million subscribers as of 2018.

Since 2014, he and his girlfriend have also been running a channel together called The 2X Family. Though not as popular as his main channel, it has earned over 2.4 million subscribers to date.

According to his official Twitter bio, the YouTube star currently resides in Orlando, Florida, with his girlfriend and daughter. We do not have any additional information on his location at this time.

What Kind of Car Does Prettyboyfredo Drive?

Unfortunately, we do not have any information on his vehicle at this time.

How Much Money Did Prettyboyfredo Make Last Year?

As mentioned earlier, he and his girlfriend recently welcomed their first baby—a daughter named Ava into their family last fall. In fact, she has even got her own Instagram account! You can visit it at @babyavajade.

Want to interact with the YouTube star? If so, why not follow his other social media accounts? You can find prettyboyfredo on Twitter and Instagram at @PrettyBoyFredo. On Facebook, you can also show your love by liking his official fan page here.