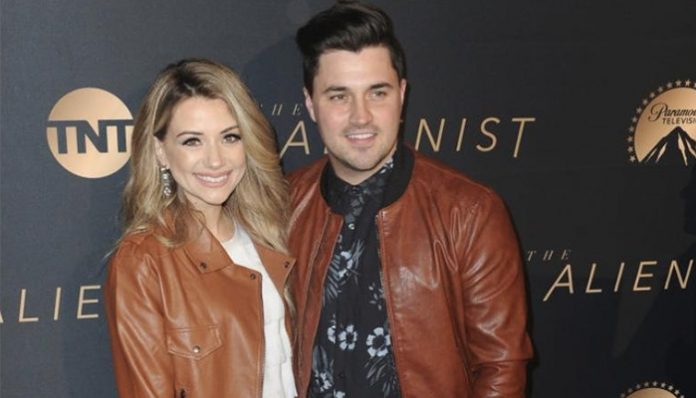 A YouTube personality, Kyler Fisher is best known for running the family channel, Kyler, and Mad with his wife, Madison. Launched in 2016, their vlogs mainly revolve around their everyday life—as such, their two young daughters, Oakley and Taytum are often featured in the videos. Growing in popularity as we speak, they’ve since amassed more than 1.7 million subscribers.

In addition to his YouTube career, the father of two has also dabbled in acting. For instance, he has appeared in the films Wild Horses, Juarez 2045, Limelight, and Water. In the end, however, he would become better known for his family’s vlogs.

With the audience that he has on the site, how much is he able to reel in? How rewarding is his YouTube career? How much money does he make from his videos? How rich is he? Unfortunately, information is Kyler Fisher’s net worth is not available at this time. Since we’re here though, let’s take a more detailed look at what he’s managed to accomplish so far.

How did Kyler Fisher Make His Money & Wealth?

Hailing from Boise, Idaho, Kyler Fisher married his wife Madison in April 2013. Three years later, they welcomed twin girls—Oakley and Taytum into the family. Ultimately it was in 2016 that he launched his YouTube channel, Kyler, and Mad. Prior to that, he acted occasionally in films such as Wild Horses and Juarez 2045.

In the end, however, it was on YouTube that he made himself known as a star. Since the launch of his family’s channel, they have earned more than 1.7 million subscribers with more than 259 million lifetime views. Dedicated to vlogs, most if not all of their videos showcase their everyday lives in Los Angeles.

Updated daily, their channel’s videos easily receive hundreds of thousands of views, if not more. In fact, several of their uploads have since reached the multi-million mark. For instance, some of their most popular vlogs include One Year Old Olympian Babies (7.7 million views), Day with 4 Year Old Everleigh (6.9 million views), Babysitting Disaster with Jojo Sina (6.6 million views), and Babies First Gymnastics Class (5.2 million views).

As you probably already know, YouTube can offer great opportunities for those with a significant fan base. With the audience that they have on the site, it’s extremely likely that Fisher and the family pull in a significant amount of earnings from their channel.

According to Nailbuzz, the family’s YouTube channel receives an average of 220,000 views on a daily basis. Given that these views are monetized through ads, they would make around $400 per day. Doing the math, this works out to be a yearly payout of around $145,000.

Seeing as how their ad revenue is directly related to the number of views that they receive, chances are, their earnings will continue to go up as they attract more and more viewers over time.

On top of their ad revenue, the family has also worked with a few companies and brands in the past such as Dove.

Yes, he has been married to his wife Madison since April 2013.

Does Kyler Fisher Have Any Children?

Yes, he and his wife have two daughters—twin girls, Oakley and Taytum. In fact, their births were featured in one of their most popular vlogs.

Did Kyler Fisher Go to College?

Unfortunately, we do not have any information on Kyler Fisher’s education background at this time.

What is Kyler Fisher Famous For?

Kyler Fisher is best known for running his family’s YouTube channel Kyler and Mad. Since 2016, they have gained more than 1.7 million subscribers and counting.

Kyler Fisher and his family currently reside in Los Angeles. We do not have any pictures of their home to share at this time.

What Kind of Car Does Kyler Fisher Drive?

Unfortunately, we do not have any information on Kyler Fisher’s vehicle at this time.

How Much Money Did Kyler Fisher Make Last Year?

Details on Kyler Fisher’s 2017 earnings are not available at this time.

Over the past year, dozens of videos have been added to the family’s channel, most of which have since been viewed hundreds of thousands of times. If you don’t want to miss out on their latest uploads, be sure to follow their channel here.

Want to follow him on other social media platforms? You can find the father of two on Twitter at @Kyler_Fisher or on Instagram at @KylerStevenFisher. On Facebook, he also has an official fan page, which you can check out here.