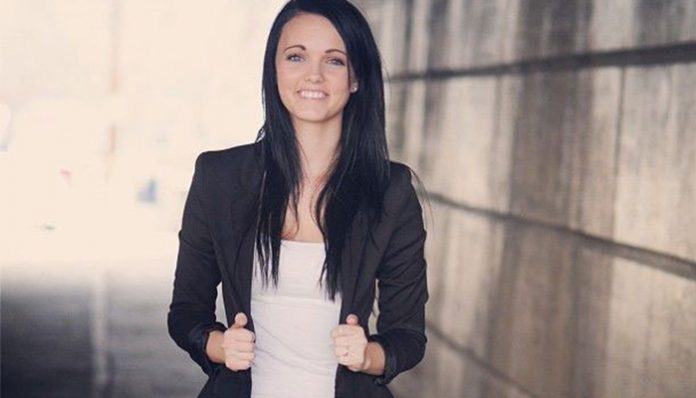 An Internet celebrity, Brittney Smith rose to fame for her appearances on Roman Atwood’s YouTube channel. Often featured in his vlogs, she has earned herself a decent fan base over the past several years. One of the most popular users on the site, he has over 14.6 million subscribers on his vlogging channel alone, as of 2018.

A couple since 2008, it was recently announced that the two had gotten engaged earlier this spring. In fact, the video of their proposal has since been viewed over 8.5 million times! Often featured on his YouTube channel, she herself has earned a decent fan base over the past several years.

How wealthy is the twenty-something? Where does most of her income come from? According to various sites, Brittney Smith’s current net worth stands at around $3.5 million. How much of this comes from YouTube? Does she have her own social media accounts? These are some of the things that we’ll be taking a look at below.

How did Brittney Smith Make Her Money & Wealth?

Born on February 16, 1991, Ohio, Brittney Smith was raised primarily by her father as her parents separated when she was young. Unfortunately, not much else is known about her early life at this time. What we do know, however, is that he met Roman at the hospital when her sister was giving birth—as it had happened, he was best friends with her partner, Chase Gilroy.

By 2008, the two had started dating. Ultimately, it was a year afterward that Roman began to post videos to YouTube. His self-titled channel was created on November 18, 2009. Over the next few months, he uploaded a number of pranks, all of which proved to be popular among viewers. Some of his earliest uploads include Epic Cooler Prank (6.6 million views), Epic Box Prank (2.2 million views), Epic Squirrel Prank (2.7 million views), and Crutch Fail Prank (1.7 million views).

A few years later, he launched a vlogging channel in 2013. By then, he had already become a YouTube superstar, with millions of fans across the world. Ultimately, it was through his vlogs, that Brittney became known to subscribers. Frequently featured in his videos, she quickly made herself known as his partner on the site. In fact, she can be seen in some of his most popular vlogs such as Caught on 360 Cam, Hilarious Water Condom Challenge and Plastic Ball Prank Extras.

As of 2018, Atwood has over 26 million subscribers combined across his two channels. Considering that, it’s no surprise that he pulls in a decent amount of money from ad revenue alone. Seeing as how she contributes to many of his videos, it’s probably fair to say that she is also responsible for a chunk of his online income.

How much has he made so far? According to Nailbuzz, the famous prankster receives an average of 300,000 views on his main YouTube channel. Assuming that he makes around $2 to $5 per 1000 views, which is the general payout for content creators, he would easily make over $500 a day (~$200,000 a year).

While she isn’t married, she recently got engaged to her longtime partner, Roman Atwood in April 2018. The two have been dating since 2008.

Does Brittney Smith Have Any Children?

Yes, she has two sons, Kane and Noah (the latter being from Roman’s previous relationship) and a daughter named Cora. Over the years, they have made numerous appearances in Roman’s vlogs.

Did Brittney Smith Go to College?

No, Brittney Smith did not go to college. Instead, she landed a job out of high school.

What is Brittney Smith Famous For?

Brittney Smith rose to fame as the partner of YouTube phenomenon Roman Atwood in the early 2010’s. Today, she is best known for her appearances in his vlogs.

According to Roman’s twitter account, the couple and their children currently live in Columbus, Ohio. We do not have any pictures of their abode to share at this time.

What Kind of Car Does Brittney Smith Drive?

While we do not have any information on her current vehicle, she has expressed that her dream car is the Mercedes G Wagon.

How Much Money Did Brittney Smith Make Last Year?

Over the past year, Brittney Smith has made numerous appearances in Roman Atwood’s vlog. Not only that, but she had given birth to their daughter Carla in 2017.

Want to know what she’s up to when she isn’t on Youtube? You can find Brittney Smith on Instagram and Twitter at @_Little_Britt_. On Facebook, she also has her own fan page, which you can check out here.