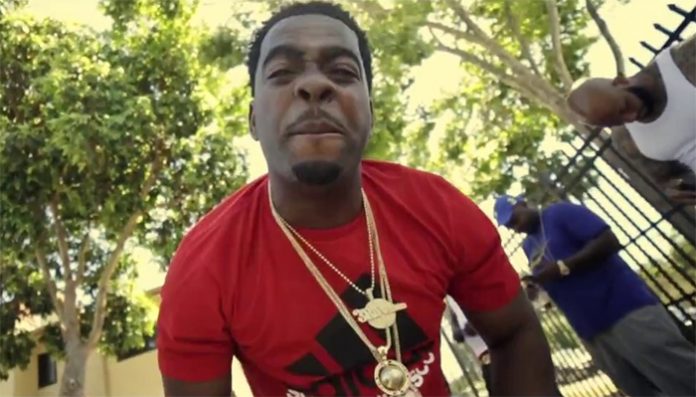 Hailing from West Oakland, Lil Blood has been churning out rap hits for a number of years. Signed to 3rd World Mob Entertainment, some of his best-known tracks include Get It In (Remix), Mr. Perfect, Let It Blow, and Ready 2 Ride (Livewire Remix).

Throughout his rap career, he has also done a number of collaborations with names such as Philthy Rich, Mozzy, D-Lo, Kelly Ru, and Joe Blow, to name a few. Some of these titles include Ain’t Never Enough, K in the Clutch, Murda Gang, and Round and Round, most of which are available for streaming online.

How successful is the rapper today? How much does he bring home from his music efforts? How much has he earned from his records so far? According to various sources, Lil Blood’s 2018 net worth currently hovers at around $375,000. Where did the emcee earn the bulk of this amount from? We’ll be trying to figure that out below.

How did Lil Blood Make His Money & Wealth?

Hailing from Oakland, California, Lil Blood has been into the rap game for many years. Unfortunately, however, not much has ever been revealed about his early life. For now, all we know is that he has been recording music since the early 2010’s. As of 2018, he is currently signed to the Livewire Records, One Mob, and Rapbay labels.

Over the years, he has released numerous singles including Journey, Pay Attention, I’m Mobbin, Slow Down Freestyle, and So Hard, to name a few. On top of his solo endeavors, he also has a number of tracks that features artists such as Lil Goofy, Mozzy, Philthy Rich, Alley Cocaine, and Bobby Luv, among others. Well received by fans, most titles have since been streamed thousands of times online.

For those who are interested in listening to his jams, many of his releases are available for streaming on his official SoundCloud account, which you can visit here. Rising in popularity as we speak, the rapper has already amassed more than 6,500 followers and counting. Looking around, it can also be seen that most of his tracks have racked up over ten thousand plays, if not more.

In terms of albums, Lil Blood does have a few to his name. In fact, he recently dropped Ndugu, a 14-track project earlier this year, which gave rise to tracks such as Just Talkin (Feat. Mozzy, Bobby Luv and Philthy Rich), How, Unfaithful (Feat. Alley Cocaine), and Body Shake (Feat. Mozzy & E Mozzy).

Some of the albums that he’s released in the past include Heroin Music: The Leak, Down to the Wire 3, Crack Baby, and Usalama.

Considering everything, it’s likely that Lil Blood earns the majority of his income from the success of his singles and albums. Of course, there’s also the many collaborations that he’s released over the years such as Bounce It and Neva Sold Weight.

Though he doesn’t have any scheduled at this time, he has also put on a number of concerts in the past—as we can expect, these type of events would yield him with another stream of revenue.

Unfortunately, not much is known about Lil Blood’s personal life. As far as we know, the rapper is not married.

Does Lil Blood Have Any Children?

No, as far as we know, Lil Blood does not have any children.

Did Lil Blood Go to College?

Though not much is known about Lil Blood’s education history, it’s assumed at this point in time that he has not gone to college.

What is Lil Blood Famous For?

Lil Blood made himself known in the early 2010’s with a number of music releases.

Since then, he has put together several albums such as Methadone Kicking The Habit, Conversations with the Devil, Rach-Mode, and Usalama, to name a few.

As far as we know, Lil Blood currently lives in West Oakland. We do not have any other details at this time.

What Kind of Car Does Lil Blood Drive?

How Much Money Did Lil Blood Make Last Year?

Details on Lil Blood’s earnings are not available at this time.

As mentioned earlier, the most recently released a new album titled, Ndugu. Dropped on June 22, 2018, it contained fourteen tracks including Ride For, Clear It Out, Unfaithful, and How, among others.

Want to keep up with the Oakland rapper? If so, why not give him a follow? You’ll be happy to know that Lil Blood is active on Twitter and Instagram at @3rdWorldLilBlood. While you’re at it, don’t forget to also drop by his Soundcloud account for some of his music!