Jennifer Flagg runs the YouTube channel GamingWithJen. The channel has an impressive 4 million subscribers. Jen is also involved in her husband’s channel, called PopularMMOs, and she has a Youtube channel dedicated to their cats, Lily and Alice. Jen is one of the few female gamers who concentrates on Minecraft, who makes her stand out from the crowd.

How Did GamingWithJen make their money & wealth?

The YouTuber behind the GamingWithJen channel was born in Connecticut on October 28, 1990. Her real name is Jennifer Flagg. Her parents were divorced when she was very young, and she doesn’t remember them being together. Jen has a stepsister and a stepbrother from her dad’s new marriage. She grew up in the same town as her husband, Patrick of the channel PopularMMOs. The two actually met each other in high school when they both volunteered for their local Humane Society. Jen was always a big lover of animals, and now the couple has many of their own. Before settling down with Patrick, Jen went to college in California. 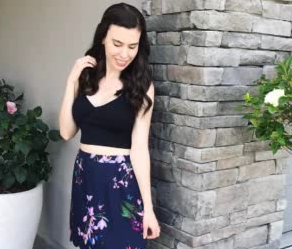 Jen began her YouTube channel on November 27, 2012. Her very first videos were of herself playing Minecraft. She didn’t go viral right away. It took her a while to get noticed and gathering an audience. Jen didn’t give up, and she kept showing her dedicated audience that she was very good at the games that she played and she was also charming and engaging. Once she started showing off her awesome skill, she began to acquire followers rapidly. Now she has over 4 million YouTube subscribers. She is also a regular on her husband’s YouTube channel, and the two manage their cat Cloud’s YouTube channel together. 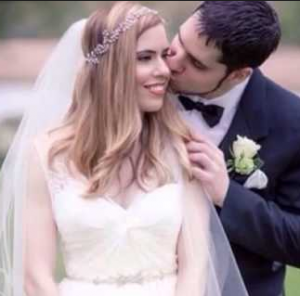 Jen met her current husband when they were both in high school. They rode the bus together, lived in the same neighborhood, both volunteered for their local animal shelter caring for dogs and cats, cleaning the kennels, and the human bathroom. She and Patrick were great friends until Jen decided that she wanted more from the relationship. She requested that he go with her to prom, and the two started seeing each other romantically.

After almost six years of dating, they were engaged for less than a year before they got married in the spring of 2015. Their romance has inspired more than one fanfiction on Wattpad.com. They have said that they are happy having their cat, and no kids. She has admitted that her husband was the one to get her interested in video games. Starting with RuneScape, and then transitioning to other games such as WoW and Minecraft. Her interest grew, and eventually, she was able to turn gaming into a full-time job.

Between the YouTube channel, royalties from their book Popular MMOs Presents A Hole New World which was released in June of 2018, and their merchandise store on represent.com, Jen makes at least $330,000 a year.

How much money does she make per video?

The GamingWithJen YouTube channel is where Jen makes the majority of her income. The channel has gained 4,158,892 subscribers and the videos get between 548K and 2.1 million views. As a result, Jen makes between $360 and $900 per video that she releases. 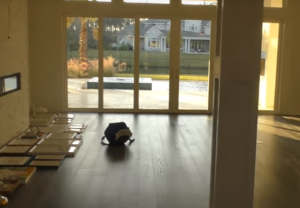 The regular house video shows that their new house is modern and enormous. The walls are painted white and most rooms have dark wooden flooring. The video is long and their house is impressive, so take a look at the video here and share in my jealousy at their huge kitchen.

While it is not known what kind of car Jen drives, she has created very realistic cars in Minecraft using a mod and showed them off on her husband’s channel. She made a Lamborghini, a Porsche, and a Ferrari as well as others.

Way back in 2014, Jen and her now-husband Patrick filmed the video in order to raise awareness and funds for the ice bucket challenge for ALS.

In early 2018, Jen and her husband Patrick released a video of themselves playing a whole bunch of scratch-off lottery tickets. They said in the video that all the winnings would be donated to charity. The video they put out in February raised $265 for the humane society, and they encouraged their many subscribers to donate to the cause.

Since she first started her YouTube channel on November 27, 2012, the young social media star has accomplished quite a bit. She grew her following to 4.1 million subscribers on Youtube and made it her full-time job. Jen also joined forced literally and legally with her husband Patrick and his PopularMMOs channel. They wrote a book together and got it published by Harper Collins. Jen has also released a new clothing line as of July 3, 2018. You can find that store by clicking here. And has an assortment of limited-edition women’s shirts and use apparel with phrases on them like “be yourself” and ‘the world is beautiful.”