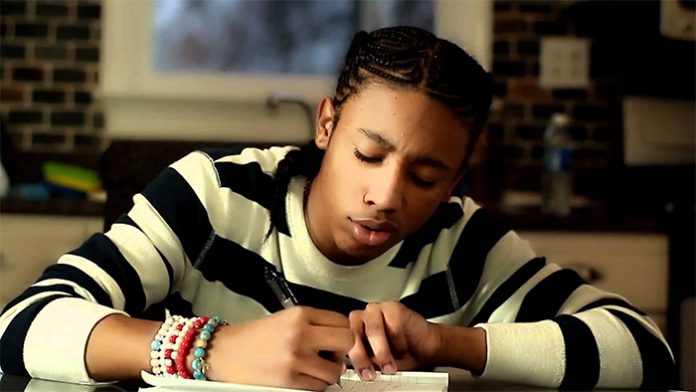 A Baton Rouge rapper, Lil Trill has been releasing hits since the early 2010’s. The youngest member of Trill Entertainment, he was only sixteen when he entered the family. Since then, he has dropped a number of hits such as Give You The World, Break Up, Crawfish, and Who I Am, to name a few.

On top of his solo work, he has collaborated with several rappers in the past such as Boosie Badazz, Webbie, Teflon Mula, and Webbie. Some of these titles include Top Notch, Shake What Ya Mamma Gave Ya, and What U Doing.

How much has he pulled in as a rap artist? How rewarding has his music career been so far? How rich is the twenty-something? Going by what we could find online about his net worth, Lil Trill’s current fortune stands at approximately $150,000. Did he earn the majority of this from his records? What other projects is he involved in? Let’s have a look.

How did Lil Trill Make His Money & Wealth?

Born on May 18, 1994, in Baton Rouge, Louisiana, Lil Trill was raised in the Sherwood area, where he spent time living with both his mother and father (his parents were separated). Wanting to pursue a hip-hop career, he eventually joined Trill Entertainment at the age of sixteen. At the time, he was the youngest member to have entered the record label.

In the fall of 2011, the aspiring rapper released his debut album, Rags 2 Riches. A 16-track project, it featured guest vocals from Carter Boy, Webbie, B Real, and Lil Boosie, among others. Made available for streaming online, some of its tracks included I Got Bands, Rip You Up, Drop It To the Floor, Type of Girl, and Higher.

A few years later, he dropped another album titled, Zero Tolerance. Released through Trill Entertainment, it boasted over a dozen new tracks including By My Side (Feat. FOXX), Filthy Rich (Feat. Webbie), Outside Lookin In, and Weed and Women (Feat. Shell). Though it didn’t reach any music charts, it was generally well received by fans.

From there, he collaborated with fellow rapper Shell on the album, Trill Musk. Featuring Wankaego, Webbie, Mouse, and Boosie Bad Azz, to name a few. it gave rise to several new hits such as I Got What You Want, You Know, Dat Ain’t Good, and Jungle. For those who’re interested, the playlist can be found on his official SoundCloud page here. As of June 2018, it has racked up tens of thousands of streams.

In the years since the emcee has dropped several new singles including Difference, I Got It,  We Winning and If You Look Wrong. Aside from his solo releases, he has also done a number of collaborations with artists such as Teflon Mula, Lil Phat, Foxx-A-Mill, and A1. In fact, he most recently landed a feature in Saucy Montana’s Da Struggle this summer.

On top of what he makes from his records, it’s likely that he also collects a decent amount of earnings from putting on shows (though he doesn’t have any scheduled at this time).

No, as far as we know, Lil Trill is not married.

Does Lil Trill Have Any Children?

No, Lil Trill does not have any children that we know of.

Did Lil Trill Go to College?

Though not much is known about Lil Trill’s education history, it’s assumed that Lil Trill has not gone to college.

What is Lil Trill Famous For?

Lil Trill rose to fame with the release of his debut album, Rags 2 Riches in the fall of 2011. Since then, he has dropped several other hits such as Nino Brown and Leggo, among many others.

As far as we can tell, Lil Trill currently resides in Baton Rouge. We do not have any additional details at this time.

What Kind of Car Does Lil Trill Drive?

Unfortunately, details on Lil Trill’s vehicle are unavailable at this time.

How Much Money Did Lil Trill Make Last Year?

Information on Lil Trill’s 2017 earnings is not available.

So far this year, Lil Trill has worked on a few singles including No Mo, Like This, and Da Struggle, the last of which was released on May 30, 2018. For his latest musical releases, you can head on over to his SoundCloud account here.

What’s the hip-hop artist up to nowadays? If you’re a fan, why not give him a follow on social media? You can find Lil Trill on Instagram and Twitter at @LilTrill. For his latest news and announcements, you can also check out his official Facebook fan page here.