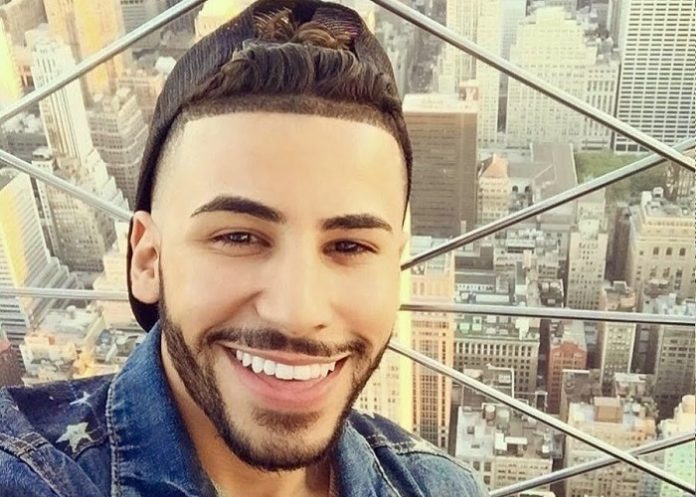 Adam Saleh is a Youtube star who has only been making videos since early 2012, but already he has gained millions of subscribers and billions of views. Adam is one of those notorious Youtube pranksters that began to gain traction on the platform around that time, and although he’s not the richest or the most popular on Youtube, he has generated international headlines due to some of his more controversial pranks, and he’s managed to earn millions in just a few years.

But what is the real story behind Adam’s most controversial moments? And what else does the New York native earn money from? Read on to find out.

How Did Adam Saleh make his money & wealth?

Adam Saleh was born on June 4th, 1993 in New York City. His parents were of Yemeni descent and his early ambition was to become a boxer. After graduating from Central Park East High School, Adam attended the John Jay College of Criminal Justice, and while he was there he earned a boxing license, which he later lost after a street fight. While still at college Adam opened his first Youtube channel, TrueStoryASA, in 2011, and he began uploading videos in January 2012.

Adam Saleh’s first videos were short comedy skits dealing with common public situations, such as things annoying people do on the train, and monologues that dealt with life for young Muslim people. One of Adam’s main goals in opening his channel was to spread the message that most Arabs and Muslims were peaceful, loving people. He produced videos such as ‘Praying in public’, and ‘Meet a Muslim’, but he also began to produce a few prank videos.

Adam’s frequent collaborators in the early days were his college friends Abdullah Ghuman, who usually did the filming from a discreet distance, and Sheikh Akbar, who would often play the part of a bystander who got caught up in whatever situation Adam created. The reaction of the public to Adam and Sheikh’s interactions were what made the videos so entertaining. The first prank video Adam produced involved him rapping on a train and then starting an argument with Sheikh, to the discomfort of other riders. The video was released in April 2012 and it immediately gained thousands of views, far more than any of his other videos. Realizing that he had hit on a winning formula, Adam began to make prank videos the main focus of his channel, and his subscriber count began to go through the roof.

Adam opened a second channel, to concentrate on vlogging in mid-2012, but back on his original channel the pranks gradually became more extreme, often with unexpected results. By August 2013 Adam’s main channel had over 1 million subscribers, and his original prank video had been viewed more than two million times. That month he uploaded ‘Extreme Dares in Public’, in which he and Sheikh would challenge each other to perform a series of ever more outrageous pranks on people. That ended with Sheikh getting arrested, and thrown to the floor in handcuffs, after repeatedly grabbing the hand of a security guard, but Adam’s Youtube fans loved it.

By 2014, Adam and Sheikh were producing high-quality videos with quick edits and great angles, but the pranks were getting even more extreme. ‘Fake Gunshot Prank’ featured Adam pretending to get shot, while Sheikh burst a balloon to simulate a gunshot around the corner. The reactions from the general public were genuine and well captured, but pranks on Youtube by then were beginning to generate a lot of controversy in the media, and in October 2014 Adam created a media frenzy over a video entitled ‘Exposing Racial Profiling’.

The video featured Adam and Sheikh walking past a police officer dressed in jeans and t-shirts, arguing and pushing each other. The police officer did nothing, but when they acted the same way 20 minutes later dressed in what they called ‘Cultural clothing’, the police officer stopped them before pushing Adam up against a wall and searching him. The video received hundreds of thousands of views within days, and the media picked up the story. Adam was interviewed and asserted that this type of racial profiling was an everyday event for many Muslims in the United States, but the video was quickly exposed as a hoax.

Adam backtracked and admitted that the video was a ‘Dramatization of previous events that occurred’, but his credibility, and the message he was trying to promote was tarnished. The Council on American-Islamic Relations slammed the video as ‘Cheap publicity’ and ‘Irresponsible’ and demanded that Adam apologize. Faced with a media backlash, Adam removed the video and apologized for deceiving his fans, but in 2016 he hit the headlines again, and this time the story made international news.

In December of that year, Adam uploaded a video complaining that he had been thrown off of a Delta Airlines flight at Heathrow Airport in London, England, merely because he was speaking Arabic into a phone. Delta was quick to challenge his version of events, responding that he had been shouting and provoking other passengers. The true version of events will probably never be known, but by then Adam’s reputation had already been damaged, not only because of the ‘Exposing Racial Profiling’ story, but also because he had produced a video the week before, in which he claimed to have flown with Tigerair from Melbourne to Sydney inside a suitcase, a claim that Tigerair was quickly able to disprove.

Adam’s dispute with Delta Air eventually fizzled out, but not before other passengers had come forward to dispute his version of events, several of them stated that Adam had been shouting and disturbing passengers merely to get a reaction, and although Adam’s reliability was further damaged, the huge amount of publicity the story generated sent Adam’s Youtube subscriptions sky-rocketing. In 2015 Adam began producing music, releasing his first single ‘Tears’ on Youtube, and in 2017 he released his first album ‘Chapter II’, on Spotify. Adam also made his acting debut in 2015, in the comedy-drama ‘American Sharia’, alongside his old pranking partner Sheikh Akbar.

Adam has uploaded several videos introducing fans to his new girlfriend, and even once announced that he was getting married. But with Adam, nothing is at it seems, as the new girlfriends and the engagement were all revealed to be pranks. In November 2017 Adam uploaded a video entitled ‘Meet My Child *Confession*’, where he claimed to have a son called Aiden and to have been married for six years, but once again, this was later revealed to be just another prank.

Adam’s First Youtube channel, TrueStoryASA, has over 2.2 million subscribers and has generated over 240 million views, but now in mid-2018 Adam hasn’t uploaded any new videos to that channel for almost a year, and instead he is producing far less controversial content on his second channel, Adam Saleh Vlogs. Adam’s new direction is not only far more family-friendly and wholesome, but it’s become popular with a far bigger audience. His vlogs, usually featuring his family, are uploaded several times a week, and his vlogging channel now has over 4.2 million subscribers and over 1.1 billion views.

Adam’s Youtube views from both channels average about 1.5 million per day, well over 90% of which come from the vlogging channel. His income from Youtube is in the region of $1 million a year, and he also boosts this income with sales of his music on Spotify. Adam is also the co-founder of Winfinity Entertainment, which helps other social media influencers to develop their brand. In January 2018 Winfinity Entertainment was joined by another huge Youtuber, Yousef Erakat, who is better known as Fousey to his ten million subscribers. Considering all of Adam Saleh’s income streams, his annual income is estimated to be at least $1.5 million per year.

Where does Adam Saleh Live?

In November 2017 Adam splashed out on a new home which he shares with his family. The house, which cost Adam $750,000 and was built in 2012, is a roomy 2,616 square foot home in a quiet suburb of New York City with four bedrooms and three bathrooms.

Adam’s success on Youtube has also led to success on a variety of social media platforms. His Facebook account is followed by almost a million fans, his Twitter account has 411,000 followers, and his Instagram account has another 1.4 million. Adam Saleh is now 25, and his new more mature outlook is not only proving to be far more profitable and successful, there’s not a hint of controversy attached to any of his content. Adam Salah is finally proving that although filming adverse reactions might get you a following online, content that makes everyone smile is the biggest recipe for success of all.