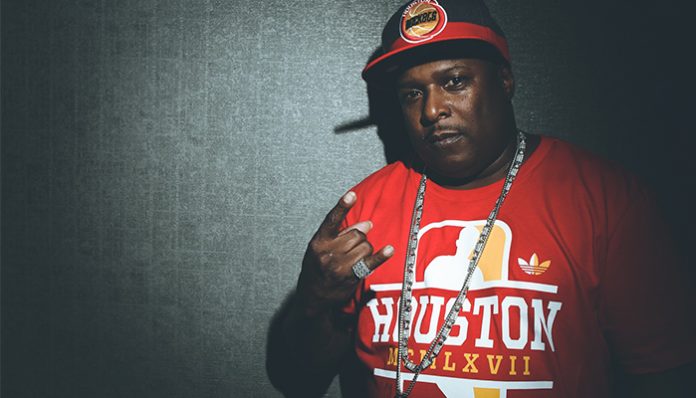 An American rapper, Lil Troy has been recording music since the late 80’s. After a brief stint with Mass 187, he released his debut album, Sittin’ Fat Down South in 1998. Incredibly successful, more than a million copies have since been sold across the country.

Since then, he has released two additional albums, Back to Ballin and Paperwork, the former of which made it onto the U.S. music charts. Today, he is perhaps best remembered for his 1999 hit, Wanna Be a Baller, which peaked at number 70 on the Billboard Top 100.

Is he still churning out hits in 2018? How successful is he as a recording artist? How much money has he made from his music career? What other projects is he involved in? How rich is he? According to various websites, Lil Troy’s current net worth stands at around $300,000. How much of this came from his albums? Let’s take a closer look at his accomplishments below.

How did Lil Troy Make His Money & Wealth?

Born on February 24, 1966, in Houston, Texas, Lil Troy led a life of crime, before embarking on a music career in his twenties. Using the money that he’d earned from selling drugs, he founded Short Stop Records in the late 1980’s. From there, he eventually joined a hip-hop group called Mass 187 in 1995, with whom he performed with for a couple of years. Prior to launching his solo career, however, he was sentenced to eighteen months in prison on drug dealing charges.

His debut album, Sittin’ Fat Down South was eventually released on June 23, 1998. His first solo project, it gave rise to fourteen tracks, most of which featured guest artists such as Willie D, Scarface, and Fat Pat. A few months after it became available, he signed a deal with Universal Records, with whom he re-released the album worldwide.

His most successful album to date, it had peaked at number 20 on the Billboard 200 and at number 6 on the Top R&B Albums chart. Certified platinum by the RIAA, it has since sold over 1.9 million copies in the United States. Considering its success, it’s likely that the rapper had earned a decent amount of royalties from the album.

Three years later, the rapper dropped a second album titled, Back to Ballin. Though not as successful as his debut title, it charted on both the Billboard 200 and Top Hip Hop Albums charts. Not only that, but it had spawned two singles, Back to Ballin’ and We Gon’ Lean.

A few years afterward, Lil Troy has released a third and final album titled, Paperwork. His latest project to date, it came with thirteen tracks, some of which included Said That Meant That, Choppa Style, Save Me Soul, Gangsta Wit, and Stay On My Grind.

Though he hasn’t come out with any new records since the 2000’s, he did recently land a feature in Mister Mofo’s Love of H Town. Released on August 27, 2017, the track also included guest vocals from Quenzo, T-2, Adaluz Castilla, and Vick D’Mond.

Unfortunately, not much is known about Lil Troy’s personal life at this time. As far as we know, however, Lil Troy is not married.

Does Lil Troy Have Any Children?

As far as we know, Lil Troy does not have any children.

Did Lil Troy Go to College?

No, Lil Troy did not go to college. Instead, he lived a life of crime during his late teens.

What is Lil Troy Famous For?

Lil Troy is best known for his debut album, Sittin’ Fat Down South, which peaked at number 20 on the Billboard 200. His most successful release to date, it had also received platinum accreditation from the RIAA.

As far as we know, Lil Troy currently resides in Houston, Texas. We do not have any additional details on his abode at this time.

What Kind of Car Does Lil Troy Drive?

Unfortunately, details on Lil Troy’s vehicle are unavailable at this time.

How Much Money Did Lil Troy Make Last Year?

Information on Lil Troy’s 2017 earnings is not available.

As mentioned earlier, Lil Troy most recently came back to the hip-hop scene as a featured artist in Mister Mofo’s 2017 single, Love of H-Town. Aside from him, the track also featured Vick D’Mond, Adaluz Castilla, T2, and Quenzo.

Want to keep up with the rapper? If so, why not give Lil Troy a follow on social media? You can find him on Twitter at @LilTroy or on Instagram at @LilTroyog. For his music videos and more, you can check out his official YouTube channel here.