Alia Shelesh is a 25-year-old YouTube content creator from England. Her channel, SSSniperwolf, is one of the largest and most subscribed to female-run gaming channels on the video sharing platform. Lia, as she is known, competes in video game tournaments when she’s not filming videos. In May of 2018, she hit the 9 million subscriber mark on her channel. In total, she has gotten over 2 billion views on her 1,800+ videos.

How Did SSSniperwolf make their money & wealth?

Lia, aka SSSniperwolf, was born in England on October 22, 1992. She took an early interest in video games and began playing when she was merely 6 years old. She and her brother were constantly fighting over the system they shared, so their father purchased her a Playstation that she had full control over. Her favorite game was Metal Gear Solid, which is where she got her channel name from. Sniper Wolf is a character in the game.

While she was still little, Lia and her family moved from England to the United States. When she was just in middle school, she started her first business. She purchased low-priced clearance action figures from her local Best Buy and then brought them to school to sell to other kids. She graduated high school early and took courses at the local community college. Not satisfied when she wasn’t working for herself, Lia began reselling clothing online. She began her YouTube channel in 2013 and ended up stopping her classes when it began getting successful. So far, she is played Fortnight, Call of Duty, Overwatch, and Destiny on her channel.

She also has another channel called Little Lia which focuses more on makeup tutorials, DIY videos, and haul videos. It may not have as many subscribers or video views as her main gaming channel, but it looks like she has a relatively small but dedicated audience. 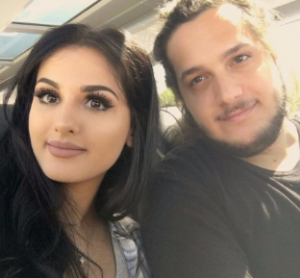 Lia is not married. She has been in an on again off again relationship with a fellow social media star named Evan Sausage. His videos center around his weight loss efforts and progress. People have criticized the relationship because Lia is gorgeous, and Evan is not in the same supermodel attractiveness range. Lia has said that she finds him good-looking as he is her type, and in the end, that’s all that matters.

The two met in 2013 after Evan send her a funny and flirtatious message after viewing her YouTube videos. They began seriously dating and purchased a house together after a couple months. The pair made appearances in each other’s videos on YouTube and everything seemed to be going well. They’ve broken up and gotten back together a few times. If Evan’s Instagram photos are any indication, they are still together now. There are photos of a tropical vacation that they took together.

She makes about $1500 per day from her YouTube videos and brand deals. 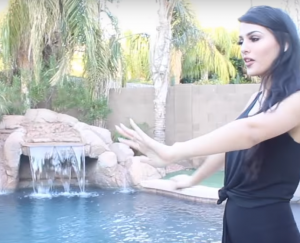 Lia, like most YouTubers, has done a house tour on her channel. The video is dated December 30, 2015. She explains that she had put off doing a house tour until it was done being renovated. She showed a large living room, and then a dining room with nice seats and a chandelier. The kitchen is also large. It has white marble countertops, an island, and neat looking black cabinets. 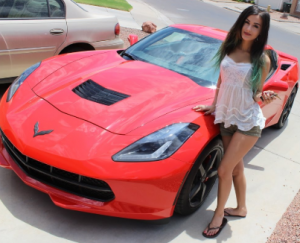 She seems to be a car person. She made videos of herself purchasing a Mercedes S550 Coupe, and a 2014 Corvette Stingray in bright red. She was in a car accident with the Mercedes in June of 2016 when someone hit her car while they were driving drunk. She filmed a video of herself picking up the car takes months later from the repair shop. It was actually two different colors because they hadn’t painted it yet. She ended up getting it wrapped from a different shop.

In the fall of 2017, Lia set up a stream on her SSSniperwolf channel where she played a game with her viewers. The ad revenue and donations from the stream went to the victims of the shooting that happened at a concert on the Las Vegas strip. On the Twitter post advertising the event, Lia also announced that she would be happy to appear on a charity live stream with fellow famous gamer Markiplier.

Her main accomplishments revolve around her massive popularity on YouTube. Her 1,800+ videos have been viewed an impressive 2 billion times. Her first channel, SSSniperwolf, has gained a lot of attention over the years, and it is currently at 9,000,000 subscribers and growing. This makes Lia one of the most popular female YouTubers in general and THE highest-ranking female gamer on the platform. She is also an accomplished hula hooper.