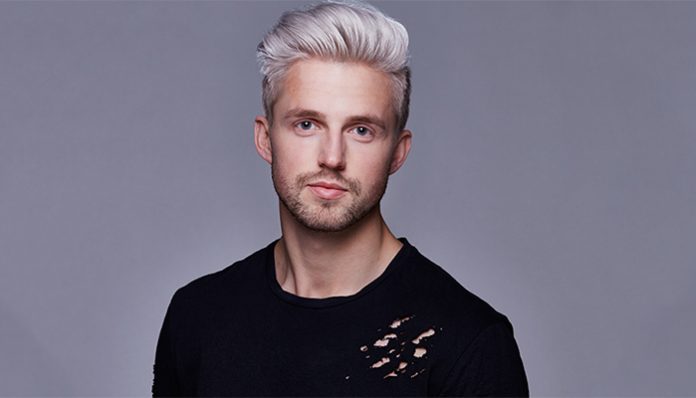 A social media personality, Marcus Butler is perhaps best known for his self-titled YouTube channel, on which he has more than 4 million subscribers. Over the years, he has collaborated with many other YouTubers such as Zoella, Caspar Lee, Jim Chapman, and Connor Franta.

Aside from making skits and music videos, he has been involved with a few other projects— for instance, he has appeared in the TV shows Release the Hounds, Saturday Night Takeaway and Good Morning Britain. Adding to that, he also released a single in 2016 titled, I’m Famous with Conor Maynard, which charted in his native UK.

How much does the twenty-something pull in from his YouTube videos? How lucrative is his online career? What other sources of income does he have? How rich is he? To answer this question, it’s said that Marcus Butler has a current net worth of $1.5 million. Let’s have a better look at his accomplishments below.

How did Marcus Butler Make His Money & Wealth?

Born on December 18, 1991, in Shoreham-by-Sea, Marcus Butler initially began to upload music videos to YouTube while in college. His eponymous comedy channel was later created in 2010. Some of his earliest uploads that are still available include Lady GaGa Bad Romance Remix, Facebook Groups, and Fred Has Sex!.

Fast forward to 2018 and he has amassed over 4.4 million subscribers with nearly 400 million combined views. Out of his videos, many have received millions of hits each such as Impressions with Helium, Singing with Helium, The Official YouTube Boyband and How to Kiss with Caspar Lee.

Considering the audience that he has, surely he brings home a decent amount from his YouTube channel? According to sources such as Nailbuzz, Butler easily makes tens of thousands of dollars from ad revenue alone on the site.

In addition to his main channel, it’s worth mentioning that he also has a secondary channel under the name, JustMarcus, that he uses mainly for vlogs. Though not as popular as his main account per se, it has managed gained more than 2 million subscribers in the past years. Assuming that its contents are also monetized, it would yield Butler with another stream of income on the side.

In addition to his YouTube career, the 26-year-old has also appeared on television a handful of times. For instance, he starred in an episode of the British TV program Release the Hounds alongside Alfie Deyes and Joe Sugg. in 2017. Some of the other shows that he’s been featured in include Good Morning Britain and Saturday Night Takeaway.

Speaking of other ventures, he was also a member of a YouTube Boyband in the past. Alongside Caspar Lee, Joe Sugg, Jim Chapman, and Alfie Deyes, they helped to raise awareness and money for Comic Relief, an established British charity.

In 2016, he released a single titled, I’m Famous (Feat. Conor Maynard), which debuted on the UK Singles Chart at number 34. As far as we know, however, he has not come out with any new songs since.

In 2015, he also published a book titled Hello Life, which is part self-help and part autobiography.

Though he isn’t married, he is currently in a relationship with the German model, Stefanie Giesinger. In the past, he dated Naomi Smart from 2009 to 2015.

Does Marcus Butler Have Any Children?

No, Marcus Butler does not have any children that we know of.

Did Marcus Butler Go to College?

Yes, he did. In fact, it was while he was in college that he started to upload videos to YouTube.

What is Marcus Butler Famous For?

Marcus Butler is best known for his self-titled YouTube channel, which has gained over 4.4 million subscribers to date.

As far as we know, Marcus Butler currently resides in his native UK. We do not have any further details on his abode at this time.

What Kind of Car Does Marcus Butler Drive?

Information on the YouTube personality’s vehicle is not available at this time.

How Much Money Did Marcus Butler Make Last Year?

We do not have any information on the YouTuber’s 2017 salary.

As mentioned earlier, the twenty-something recently starred in an episode of Release the Hounds in March 2017. Around that same time, he also made a guest appearance on Good Morning Britain alongside Louise Pentland, a fellow YouTuber.