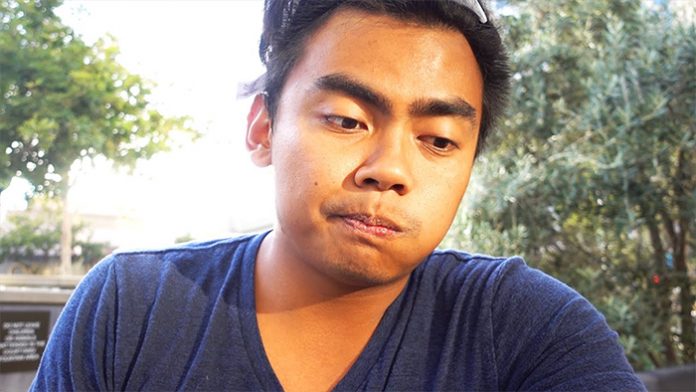 An Internet celebrity, Roi Fabito initially rose to fame for his work on Wassabi Productions, a YouTube channel which he ran with Alex Wassabi. Incredibly popular, the pair has gained millions of followers by the time he left to pursue other projects in 2016. As of 2018, their most popular upload— a parody of Carly Rae Jepsen’s Call Me Maybe, has been viewed over 129 million times.

Currently, he runs a gaming channel under the name “Guava Juice.” Created around the same time as Wassabi Productions, it has amassed more than 10.4 million subscribers to date. For those who’d like to follow him on other social media platforms, the twenty-something is also active on Facebook, Twitter, and Instagram.

How much money did he pull in from Wassabi Productions? From his gaming channel? How rich is he? According to various sites, Roi Fabito’s 2018 net worth stands at an estimated $7 million. How much of this exactly came from his online career? Let’s have a look.

How did Roi Fabito Make His Money & Wealth?

Born on August 21, 1991, in the Philippines, Roi Fabito received a degree in film studies, before embarking on a YouTube career in the summer of 2006. That year, he created a collaborative channel under the name “Hoiitsroi” with his friend, Alex Burriss. Before long, the pair had started to fill it with comedy content such as parodies, skits, and challenges.

As they did, their subscriber count steadily increased into the thousands, and then into the tens of thousands. By the time Fabito left the channel to pursue other ventures in 2016, the channel had a fanbase that was well into the millions.

From there, he started focusing on his gaming channel, Guava Juice. Just as popular as Wassabi Productions if not even more so, it includes a variety of content from “insane challenges” to “silly DIYs.” Of course, a number of video games are also featured such as Happy Wheels and Roblox.

Considering those numbers, it’s easy to see how his YouTube channel is a big money maker. According to Nailbuzz, the twenty-something receives an average of 5 million views per day; this works out to around $9,000 a day from ad revenue alone. Let’s also not forget that he would have also earned a significant amount from Wassabi Productions before his departure!

In addition to his YouTube career, Fabito has also dabbled in acting recently. Just earlier this month, he played the part of The Daredevil in the third season of Escape the Night, a web series that initially premiered in 2016. Aside from Fabito, the third season also featured Colleen Ballinger, Rosanna Pansino, Teala Dunn, JC Caylen, and Matthew Patrick, among a few others.

As with most YouTube stars, he has also received several sponsorship deals in the past such as those with Pixy Stix and GRossery Gang, among others.

Though he isn’t married, he is in a relationship with a young woman named Monte, who has made numerous appearances on his YouTube channel.

Does Roi Fabito Have Any Children?

No, Roi Fabito does not have any children that we know of.

Did Roi Fabito Go to College?

Yes, he went to college for a bachelor’s degree in film studies before embarking on making himself known on YouTube.

What is Roi Fabito Famous For?

Roi Fabito initially rose to fame as one-half of Wassabi Productions. Today, he is best known for his gaming channel, Guava Juice, which has over 10.4 million subscribers.

Roi Fabito currently lives with his girlfriend in California. We do not have any details on their abode at this time.

What Kind of Car Does Roi Fabito Drive?

How Much Money Did Roi Fabito Make Last Year?

According to sources such as Nailbuzz, Roi Fabito made upwards of ~$3 million in 2017.

Aside from updating his YouTube channel on a regular basis, Roi Fabito recently starred in the third season of the dark fantasy web-series, Escape the Night, which premiered on June 21, 2018.

Want to keep up with the YouTuber? You can find Roi Fabito on Twitter and Instagram at @GuavaRoi. On Facebook, he also has an official fan page that you can check out here for the latest news and announcements!