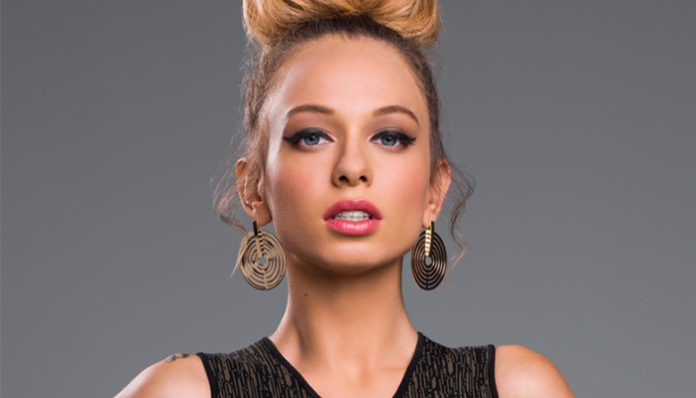 An American rapper, Mariah Lynn is best known for her appearances on VH1’s Love & Hip Hop: New York. Introduced in the sixth season, she has remained on the show ever since. Some of her fellow co-stars include Lil’ Mo, Anais, Felicia Pearson, and Remy Ma, among a few others.

As far as her music goes, she has dropped a number of singles over the past several years including Once Upon a Time, On the Phone, Bad Gal, Money Gun, and Too Much Money. Aside from her solo ventures, she has also collaborated with other names such as Safari, K Goddess, and D-Money.

With all that she has going on, how much money does she pull in from her various projects? How much is she paid for her appearances on the reality show? How many records has she sold? How rich is she? According to various sources, Mariah Lynn’s current net worth is around $150,000. Let’s have a closer look at her career below.

How did Mariah Lynn Make Her Money & Wealth?

Born on July 17, 1990, in Jersey City, New Jersey, Mariah Lynn spent most of her childhood in Newark, where she stayed with a number of fostering homes growing up. Unfortunately, not much else is known about her early life at this time. All we know, for now, is that she took up rapping in her early teens. With the help of DJ Self, she eventually got her music off the ground.

Over the years, the twenty-something has come out with numerous songs including Money Gun, Want Your Man, Tab, Too Much Money, Paparazzi, and Popping Tags, most of which have been streamed tens of thousands of times online. On top of her solo releases, the rapper has collaborated with other artists on several occasions—for instance, she has worked with the likes of Safari, D-Money, Billion Dollar Baby, Speedy Babyy, and Paris.

As far as multi-track projects go, she most recently dropped The Blonde Bomber on July 18, 2017. Released through Gwinin Entertainment, it gave rise to eight tracks including Scammers, Want Your Man, Big Dreams, Jet Life, and Jelly, among a few others. Shared on Soundcloud, the playlist has since been played over 60,000 times on the site.

In addition to her music career, which obviously contributes to her income, she’s also somewhat of a television personality, having been cast in VH1’s Love & Hip Hop: New York a few years. Alongside Remy MA, Moe Money, and Cardi B, she made her debut in the sixth season, which aired from 2015 to 2016. Since then, she has continued to appear on the show—in fact, the eighth season had just recently wrapped up earlier this year. Unfortunately, it’s not known how much she’s paid for her appearances on the series at this time.

No, as far as we know, she is not married. With that said, she does have somewhat of a complicated dating history as she’s been in relationships with James R., Cisco Rosado, and Rich Dollaz.

Does Mariah Lynn Have Any Children?

Did Mariah Lynn Go to College?

Unfortunately, not much is known about Mariah Lynn’s education history. As far as we can tell, however, she has not gone to college.

What is Mariah Lynn Famous For?

Mariah Lynn initially rose to fame as a rapper in the early 2010’s. Since then, she has also made herself known on reality TV as one of the main cast members of VH1’s Love & Hip Hop: New York.

According to her Twitter bio, Mariah Lynn currently lives in Jersey City, New Jersey. We do not have any additional information at this time.

What Kind of Car Does Mariah Lynn Drive?

How Much Money Did Mariah Lynn Make Last Year?

Unfortunately, we do not have any information on Mariah Lynn’s 2017 salary at this time.

Earlier this year, the rapper issued a new single titled Tab Reloaded, which featured guest vocals from Remy Ma. Released on March 7, 2018, the track has since been played more than 72,000 times on YouTube.

Want to know what the rapper is up to? If so, why not give her a follow? You can find her on Instagram and Twitter at @MariahLynBoss. On Facebook, you can also check out her official fan page for the latest news and updates!