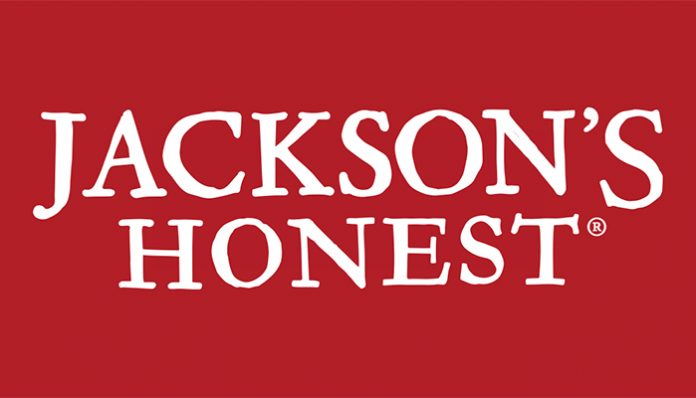 Founded by Scott and Megan Reamer, Jackson’s Honest is known for two products—potato and tortilla chips, both of which are made using organic coconut oil. Launched in 2012, the company was inspired by the couple’s son, Jackson, who after twelve years of suffering from mysterious symptoms, was diagnosed with Aicardi-Goutieres syndrome, a rare autoimmune condition in 2015.

Upon receiving the diagnosis, the couple was told by doctors that controlling his diet was one of the best ways to approach the disease. After much trial and error—which involved them trying out numerous recipes, they found out that a healthy fat diet was the way to go. As one thing led to another, they began to fry their own potato chips in organic coconut oil, which made them a much healthier alternative to traditional chips.

With encouragement from family and friends—all of whom happily devoured the snacks, the Reamers began to sell their homemade chips online in 2012. Though brand-building proved to be daunting, their hard work eventually paid off in the end. Within three months of their launch, their chips had sold not only across the United States but in several other countries around the world.

Realizing the potential of the business, they upgraded to a small commercial kitchen a year later, before securing their first manufacturing facility in 2013. Not long afterward, they scored their first deal with the retailer Natural Grocers. Within a year, they had managed to sell over $1 million worth of chips.

From there, the company recruited a small team of employees, whose help ultimately brought their revenue to $10 million. As the business continued to grow, they began to collaborate with more big-name retailers such as Sprouts and Whole Foods. Finally, in June 2017, Scott quit his day job to focus on it full-time.

Determined to grow it further, the founders eventually managed to snag a spot on ABC’s reality series Shark Tank in 2017. Featured in the two-hour season premiere, the episode aired on television on October 1, 2017. Unfortunately, however, Jackson passed away shortly after it was taped on August 13, 2017. 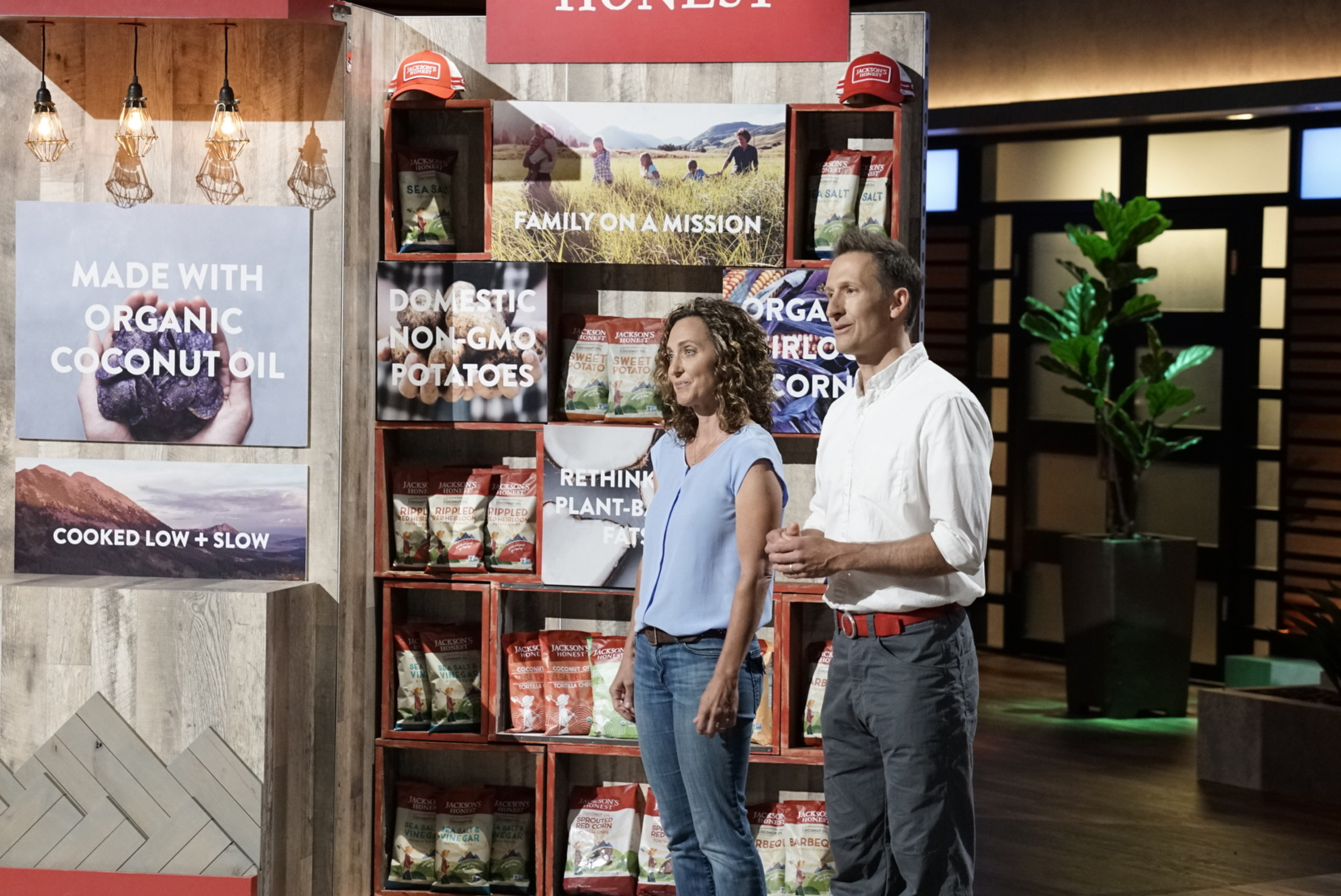 Striding into the tank, the Megan and Scott introduce themselves to the sharks, before telling them they are seeking $1.25 million for 5% of their company, Jackson’s Honest.

Jumping into their pitch as the camera pans to their logo, the couple explains that they are on a mission to “fundamentally disrupt” the $20 million snack food industry. From there, Megan tells them that they make the most delicious potato and tortilla chips, both of which are cooked in 100% organic coconut oil.

Continuing where she left off, Scott shares that coconut oil is not only a super food with an array of health benefits, but it also contains a significant amount of plant-based fats, which are easy to digest and work within the kitchen, as it remains stable when heated.

Sharing a little background on themselves, Megan states that they had learned a lot about the process while caring for their son, Jackson. Diagnosed with a rare disease, Scott explains, they had sought to ease his symptoms through diet. After much trial and error, they eventually found out that a low carb, high fat diet helped with his condition. Realizing how effective coconut oil was, the family soon began to incorporate it into all foods, says Meagan.

Elaborating further, the couple tells the sharks that they eventually began to make their own potato and tortilla chips. With support from family and friends—all of whom gave the snacks rave reviews, they decided to found their own company, Jackson’s Honest in 2012.

With that, the founders proceed to hand out some samples to the sharks. Walking forwards, they give each of them their own tray, which they happily receive. Within seconds, almost everyone is munching away. As they do, Mark comments that he’d like to take a closer look at the packaging.

A big fan of the chips, the sharks are all noticeably impressed, as Megan hands them a couple of sample bags. Commenting that “they’re the best chip” and that “all he needs is a beer”, Robert eventually asks Scott whether or not he has a background in food. Shaking their heads with a smile, they explain that the chips were initially made simply to fulfill a need in their house. 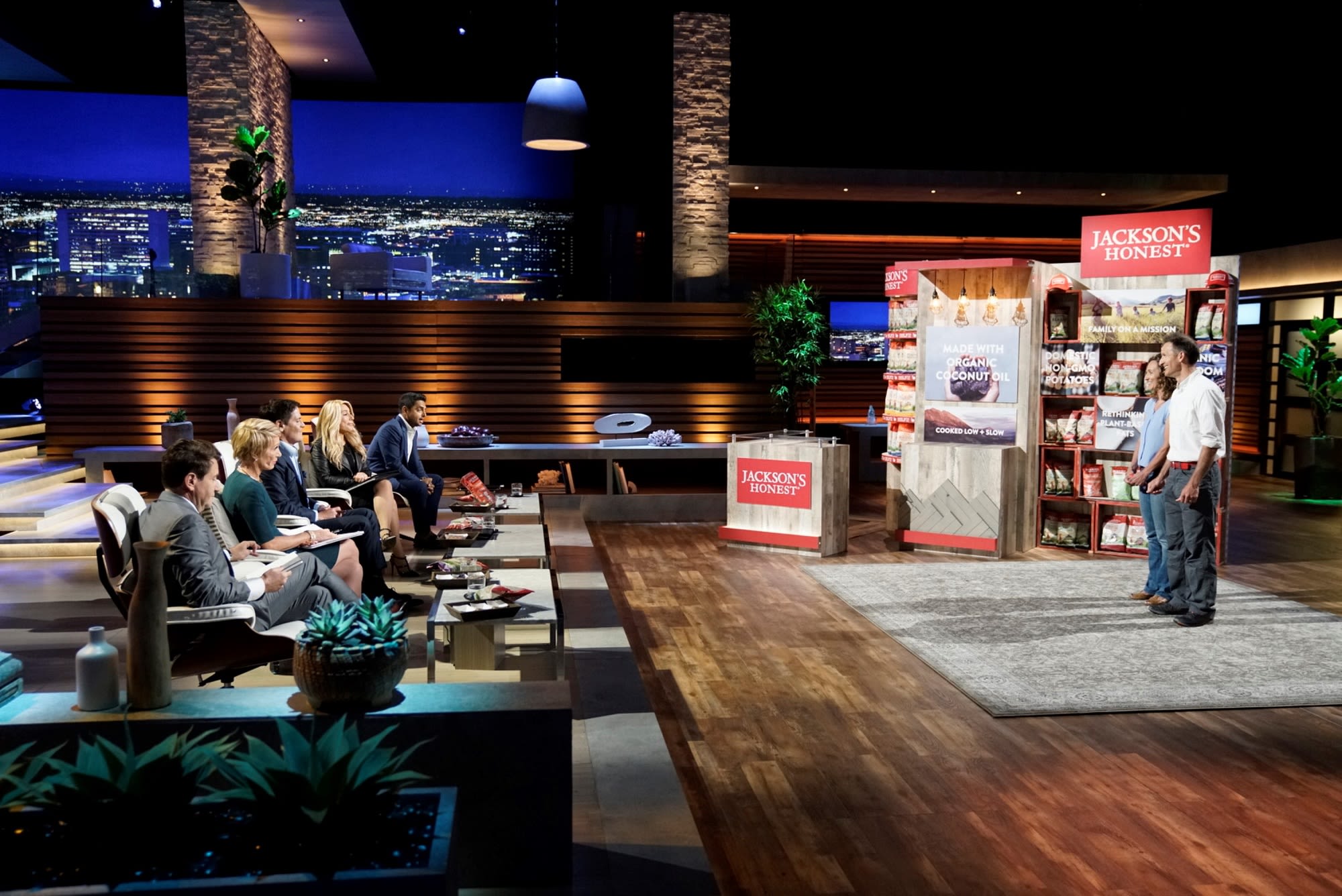 Talking a little bit about his background, Scott reveals that though has an undergraduate degree in chemical engineering—which led him to understand some of the chemistry, it was mostly his position as a father that pushed him along. Talking about his own son, Robert tells them that he understands their pain, though he is extremely impressed with what they’ve managed to turn it into. Describing it as “incredible”, the shark’s words ultimately lead the couple to smile and nod in response.

As Robert continues to compliment their packaging and brand, Meagan can’t help but let out a few tears. Apologizing, she states that they’ve been working on turning the difficult experience into something positive. Just as she says that, Rohan jumps in and gives his own compliments—that he’s highly impressed with how they’ve been able to “disrupt the food and beverage base.”

Changing gears, the shark makes a comment about their company’s valuation, which the couple has placed at $25 million. Nodding, Scott confirms the statement. Wanting to get a better idea of the numbers, Rohan subsequently asks them to walk him through the process of how they managed to accomplish what they did.

In response, Scott tells him that they did $10.1 million in sales last year, which garners a few “wows” from the panel. Upon further prompting, he shares that they had sold $5.4 million and $1.4 million, in 2016 and 2015 respectively. Despite the staggering numbers, however, he divulges that the business is not yet profitable—instead, they had lost $1.7 million last year, simply from food production costs. 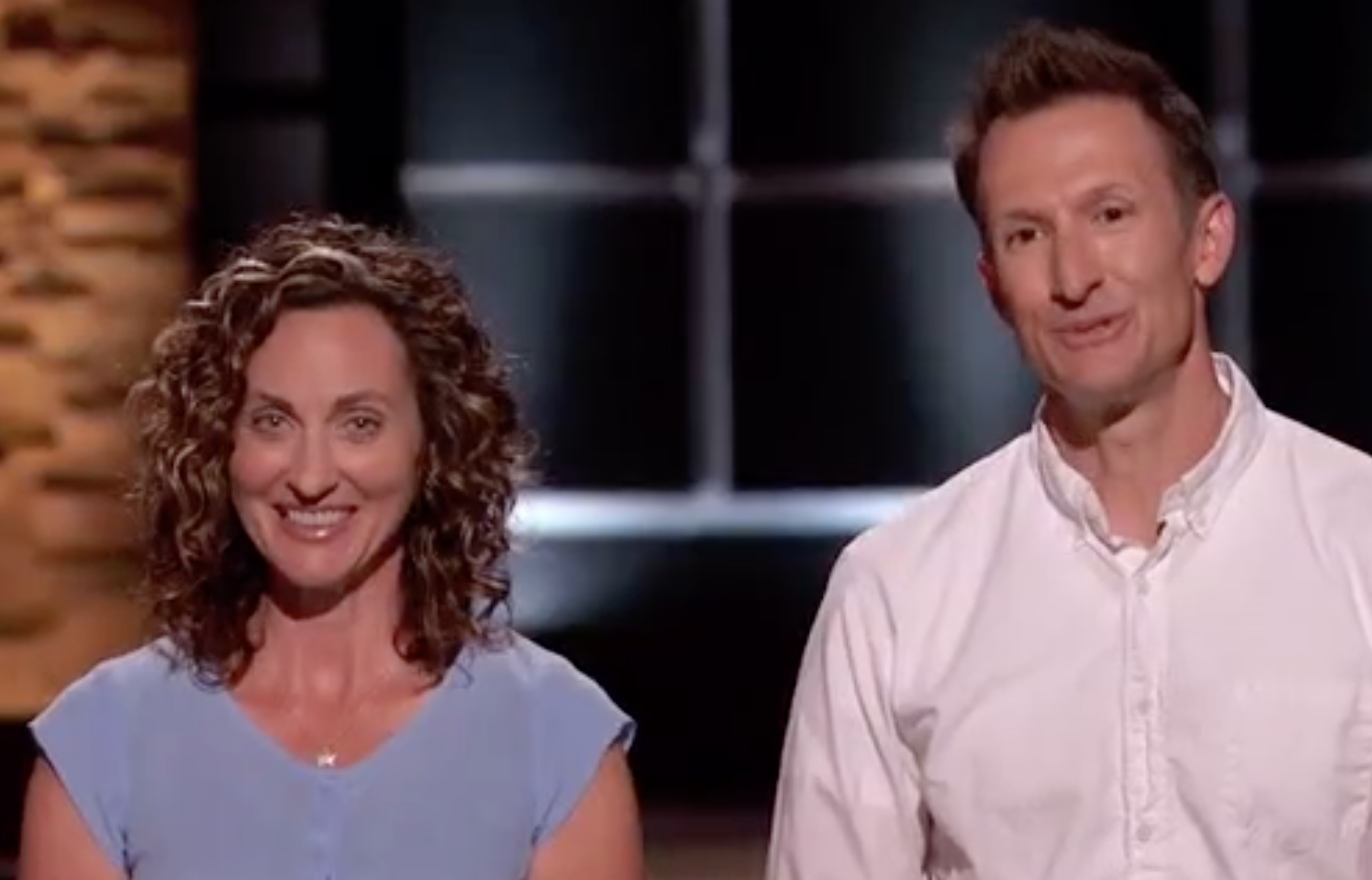 Wondering why he’s losing so much, Lori poses the question to him. In response, he tells her that they did not anticipate that the company would grow so quickly. Elaborating, he reveals that shelf space in itself has been expensive, to which the sharks demand an explanation. Explaining the situation, Scott says that they give away many cases of their product, in return for shelf space, which in itself adds 18.4% to their costs.

Shocked, the sharks talk among themselves briefly before Robert asks when they will be profitable. Optimistic, the couple tells them next year—as “they’ve got it modeled out.” Asked about how much money they’ve raised for the company so far, Scott lets them know that they have raised an equity of $3 million with the help of family and friends. With that, Mark asks them how much of it they still own, to which they reply two-thirds.

Asked about the business’ forecast, Scott states that they already have $13 to $14 million in run rate this year. Prompted further, he reveals that they had actually just done their largest order for $1.42 million. From there, he confirms that their biggest distributor is Whole Foods, through which he predicts will receive 13% of sales.

Concerned about the low number, Rohan inquires as to what’s going on. Addressing the question, Scott states that there are many competitors out there on the market. Commenting that he sees more risk than opportunity in the $25 million venture, Robert subsequently backs out moments later. Citing that she’s more of a fan of baked chips, Lori soon also drops out.

Giving their full attention to the panel, the couple looks on as Mark reiterates some of the things that were mentioned previously about the company’s $25 million valuations. Unable to “see the margins growing quick enough”, he eventually becomes the third shark to back out.

Next, the attention goes to Barbara—though she admits that what they have is impressive, she comments that grocery space is notorious for “eating businesses alive.” On that note, she also backs out. Thanking her for her consideration, the couple goes on to look at Rohan as he begins to speak. While inspiring, he says, he does have a few concerns, mainly about the company’s high valuation. Reminding them that he has experience with the food and drink industry, he tells him his equity has to be higher before making them an offer—$1.25 million for a 20% stake. 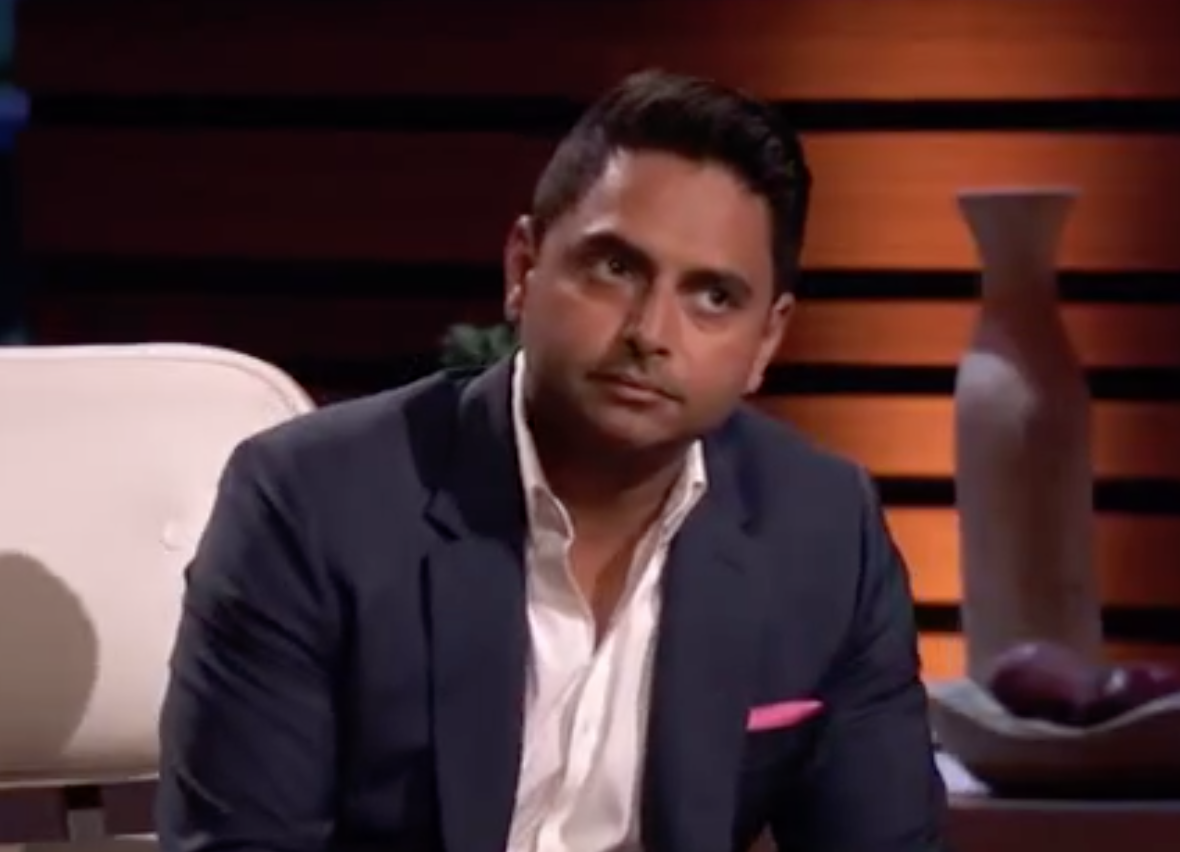 Justifying his offer, Rohan lets them know that he has successfully partnered up with several companies in the past. Concerned with the high equity, Scott subsequently comments that “it’s a hard offer to entertain.” Told to make a counteroffer, the founder asks Rohan whether or not he’ll accept $1.25 million for a 7.5% stake. After some talking with the sharks, he eventually agrees to lower his offer to $1.25 million for 17.5% stake, which Scott apologetically rejects seconds later.

“Too steep”, he explains, Scott makes another counter offer—$1.25 million for 10% stake. As the rest of the sharks look on to see what he will do, Rohan hesitantly lowers his offer one final time to $1.25 million for 15% stake. Glancing at one another, the couple ultimately takes the offer, which leads him to come up for a group hug.

Jackson’s Honest in 2018 – The After Shark Tank Update

Unfortunately, just a few months after the episode was taped, the Reamers’ son, Jackson passed away from his condition. Determined to continue his legacy, the family continues to put all of their efforts into the company to this day.

In terms of what happened after they were featured on the show, the company became inundated with calls, reviews, and emails from new customers, according to the founders. With the help of their investor, Rohan Oza, they’ve also been able to up their game on multiple aspects such as packaging, strategy, branding, marketing, and financing.

As far as their products go, Jackson’s Honest has since also launched a new line of products—grain free puffs. Originally announced in 2017, the gluten-free snack is available in three flavors: Cheesy Cheddar, Spicy Cheddar, and Crunchy Sweet Potato. As healthy as their line of chips, they contain no corn, no vegetable oil, and no rice. As with the rest of their products, they can be purchased online through their website or via retailers across the country.

What Customers Think of the Product:

If anything, the company has only received more rave reviews over the past year. For one thing, most of their potato chips have a four-star rating on Amazon. Taking a closer look at the reviews, it would appear that most customers are happy with the tasty snack—though some have expressed the price point is a little high.

Similarly, they also have a 4.7-star rating on their official Facebook page, which you can check out here.

Will the founders be returning to television for a Shark Tank update anytime soon? Unfortunately, nothing has been announced at this time. If anything, the company’s recent boost in popularity has kept them pretty busy. Considering that, we might not see them return to the ABC series for a while.