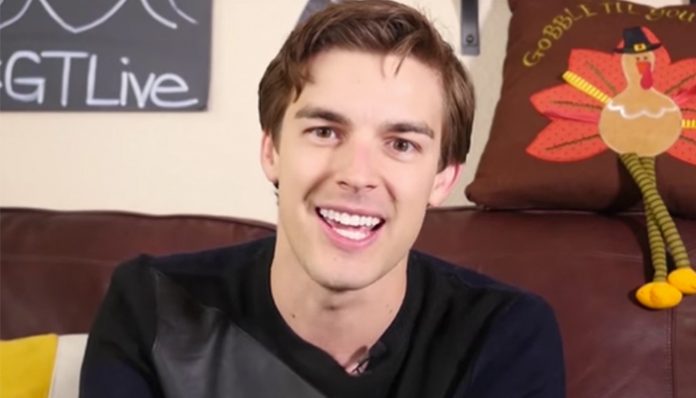 A social media personality, Matthew Patrick is best known for his Game Theory YouTube web series. Since the launch of his channel in 2009, his game-related content has earned him well over 10 million subscribers. To this day, his fan base continues to grow at an extraordinary rate.

In addition to his main channel, he’s also noted for having created Film Theory, a YouTube spinoff that centers around internet and cinema filmography and GTLive, one of the first live gaming channels on the platform. Combined, his videos have received more than 2 billion views to date.

How did Matthew Patrick Make His Money & Wealth?

Born on November 15, 1986, in Medina, Ohio, Matthew Patrick has been fond of the fine arts ever since childhood. After graduating high school, he went to Duke University, where he majored in theatre and psychology. From there, he moved to New York to pursue acting upon completing his program. Finding it unfulfilling, however, he eventually quit.

After a couple of years of unemployment, he came up with the idea of making YouTube videos. His channel, Game Theory was created on August 22, 2009. His first upload, one that explained the scientific accuracy of the game Chrono Trigger was posted just a few days later. From there, he continued to post videos—all of which feature him analyzing various game titles.

With all the views that he pulls in, it’s not surprising to know that he earns over $2,000 per day from ad revenue alone! Doing the math, this adds up to around ~$800,000 per year.

But wait, that’s not all that he has going for him—since his rise to fame, he has launched two additional YouTube channels, The Film Theorists and GTLive, the latter of which is one of the first live gaming channels on the site. Though not as popular as Game Theory per se, the two accounts have earned more than 7.5 million subscribers combined as of 2018. Given that their respective content is also monetized, it would yield Patrick another stream of income on the side.

As far as other projects go, he has worked on several different television series over the past few years such as Transformers: Titans Return, Death Battle, Madden Rivals, and Escape the Night. According to IMDb, he will also be voicing a character in the upcoming video game, Terrain of Magical Expertise.

Yes, he is married to Stephanie Cordato, whom he met during his time at Duke University. After a few years of dating, they tied the knot in 2012.

Does Matthew Patrick Have Any Children?

Earlier this year, it was announced that the couple is expecting their first child.

Did Matthew Patrick Go to College?

Yes, Matthew Patrick went to Duke University, where he majored in theater and psychology.

What is Matthew Patrick Famous For?

Matthew Patrick currently lives with his wife in Los Angeles, California. We do not have any additional information at this time.

What Kind of Car Does Matthew Patrick Drive?

How Much Money Did Matthew Patrick Make Last Year?

It’s said that he earned upwards of $800,000 from his YouTube channel last year.

As mentioned earlier, it was announced a few months ago this March that he and his wife are expecting their first child, a baby boy this summer.