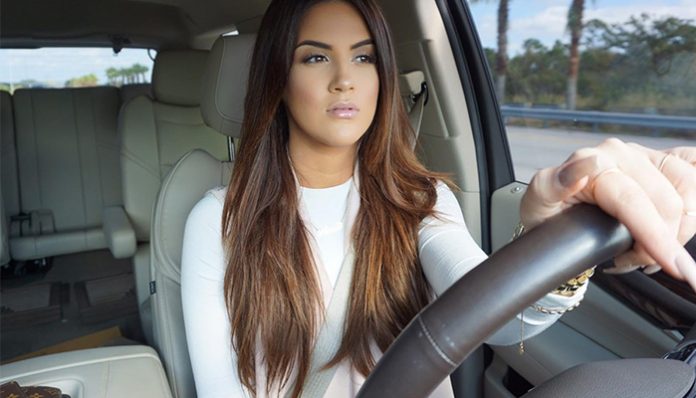 A self-taught makeup artist, Nicole Guerriero has been active on YouTube since the mid-2000’s. Noted for her celebrity-inspired beauty tutorials and lifestyle videos, she has earned nearly three million subscribers on her self-titled channel to date.

Since her rise to fame on the video platform, she has also made herself known on other social media platforms such as Twitter and Instagram. As of 2018, she has gained more than 2 million followers combined.

On top of all that, she also runs a blog called Naturally Nicole to which she posts product reviews, DIYs, tutorials, and more. In 2013, she was named the “Ryan Seacrest Best Beauty Guru.”

How much money does she pull in from her YouTube channel? How many streams of revenue does she have? How rich is the brunette? According to various sites, Nicole Guerriero’s 2018 net worth hovers at around $600,000. Where was the majority of this earned from? Let’s have a look below, shall we?

How did Nicole Guerriero Make Her Money & Wealth?

Born on March 4, 1986, in Tampa, Florida, Nicole Guerriero has been fond of beauty and makeup ever since she was a young girl (interestingly, her mother didn’t let her wear makeup until the age of sixteen) A self-taught makeup artist, she studied cosmetology briefly while she was in high school. With encouragement from family and friends, she eventually started to post tutorial videos on YouTube after graduating.

Her self-titled channel, Nicole Guerriero was created on November 26, 2006. Like most newcomers to YouTube, it took her a while to gain recognition on the site. Within a year, however, she had earned herself a decent fanbase through her makeup tutorials. Prior to launching her online career, she had worked a number of restaurant jobs—including five years at BJ’s Brewhouse.

Over the past several years, her channel has grown tremendously. As of July 2018, the brunette is just shy of three million subscribers with over 322 million lifetime views. Though she originally rose to fame for her makeup tutorials, she has since expanded to include other content such as vlogs, reviews, and other lifestyle videos.

Considering her popularity on the site, it’s likely that she’s been monetizing her content through Google Ads. As you probably already know, YouTube can be a lucrative opportunity for those with a significant fan base. How much has the beauty guru earned from her videos? According to Nailbuzz, she receives an average of 300,000 views per day on her channel. Given that these are monetized, she would earn upwards of $540 a day—which work out to be around $200,000 a year.

In addition to her work on YouTube, the beauty guru also runs a blog called Naturally Nicole. Similar to her channel, she mostly posts makeup tutorials, product reviews, and DIYs to the site.

While she isn’t married, she has been in a relationship with her boyfriend Jeremy for many years.

Does Nicole Guerriero Have Any Children?

No, Nicole Guerrier does not have any children that we know of.

Did Nicole Guerriero Go to College?

No, as far as we know, Nicole Guerriero has not gone to college. Instead, she started working out of high school.

What is Nicole Guerriero Famous For?

Nicole Guerrier rose to fame for her celebrity-inspired makeup tutorials on YouTube. As of 2018, she has earned nearly three million subscribers.

Originally from Florida, she currently lives in California with her boyfriend Jeremy. We do not have any additional details at this time.

What Kind of Car Does Nicole Guerriero Drive?

Unfortunately, we do not have any information on Nicole Guerriero’s vehicle at this time.

How Much Money Did Nicole Guerriero Make Last Year?

Details on Nicole Guerriero’s 2017 earnings are not available at this time.

Over the past year, the beauty guru has added well over a dozen new videos to her YouTube channel, most of which are makeup tutorials. At the time of this writing, she had just posted a new hair tutorial for Curly and Natural Looking Hair.

Want to know what she’s up to when she isn’t making videos? Find out by following her beauty guru on  Twitter (@NGuerriero19) and Instagram (@NicoleGuerriero). On Facebook, she also has an official fan page, which you can check out here for the latest news and announcements!