Top 10 Most Expensive Restaurants in the World 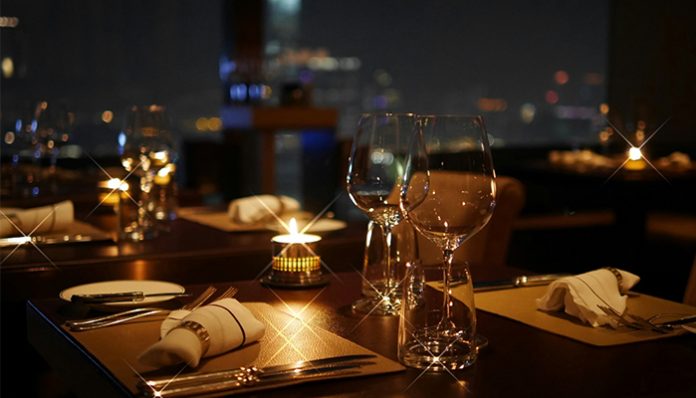 Surely, we’ve all had days where we don’t feel like cooking in the kitchen. Fortunately for us, there are restaurants to depend on. Whether you’re craving sushi or steak, it’s likely that you’ll be able to find something nearby. If you don’t feel like moving, you can even order delivery from the comfort of your own home—satisfying your hunger has never been easier!

With that said, there will be some instances where you’ll want to enjoy the ambience of a restaurant—for instance, birthdays, anniversaries, and other special events. For those events, you’ll likely want to go to a nicer joint. As you probably already know, however, high-class restaurants (think Michelin-star restaurants) can be costly—especially when you opt for a nice wine to go with the meal. Still, I’m sure most of us would agree that it’s alright to treat ourselves and indulge in nice food once in a while.

That brings us to the question—what are some of the most expensive restaurants in the world? How expensive is expensive? What makes these places so special? Curious? If so, be sure to read through our Top 10 list below. 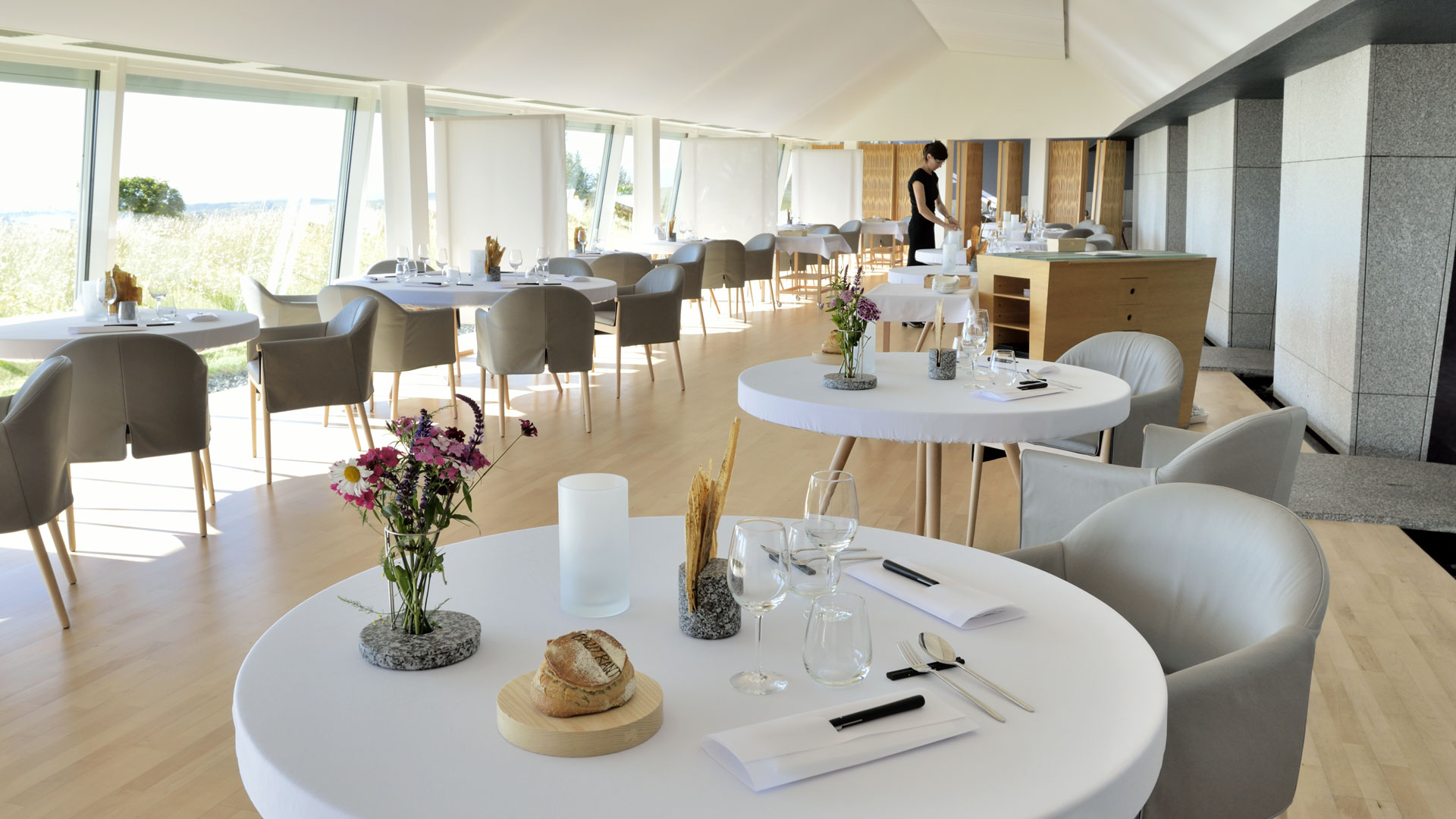 Located on the 12th floor of The Windsor Hotel, in Hokkaido, Japan, Michel Bras Toya Japan offers a stunning view of Lake Toya. A French-inspired restaurant, their menu has been carefully crafted to utilize local ingredients with a French twist. For those who are curious, their most expensive meal option costs approximately $287 per person. Of course, this would be higher if you indulge in alcohol—for example, one of their prestige wines can easily set you back a few thousand dollars!

Currently, the restaurant is headed by executive chef Cedric Bourassin, who had previously worked at the original Michel Bras in Laguiole, France. 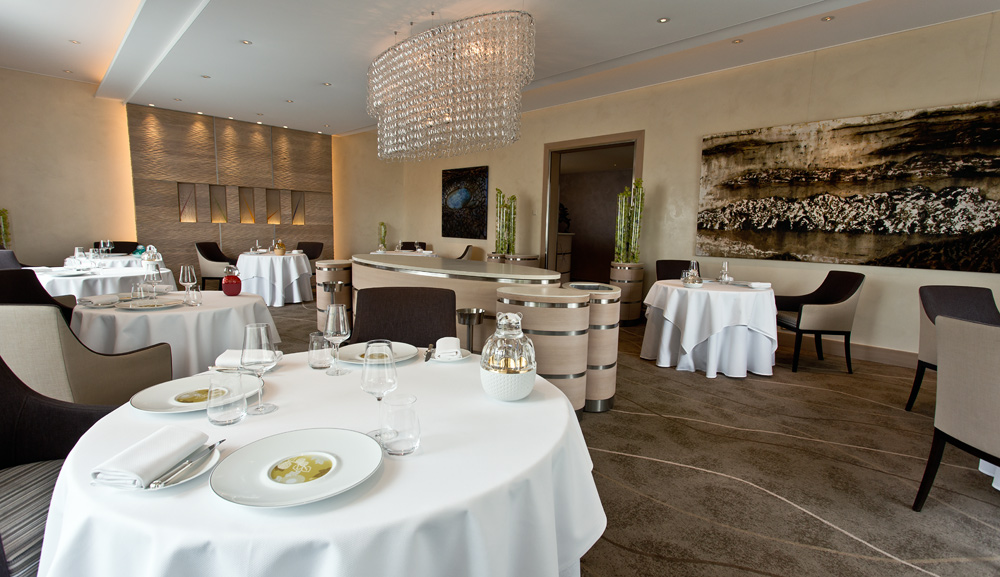 Often considered one of the world’s best restaurants, Restaurant de l’Hôtel de Ville has held three Michelin stars since 1998. Run by head chef Benoit Violier, a French-Swiss national, the location has a long reputation for world-class dining with their classic French menu. Situated on a hillside, around four miles from the city of Lausanne, the restaurant boasts a cosy bar and a garden terrace at the back, which can be accessed via the kitchen. 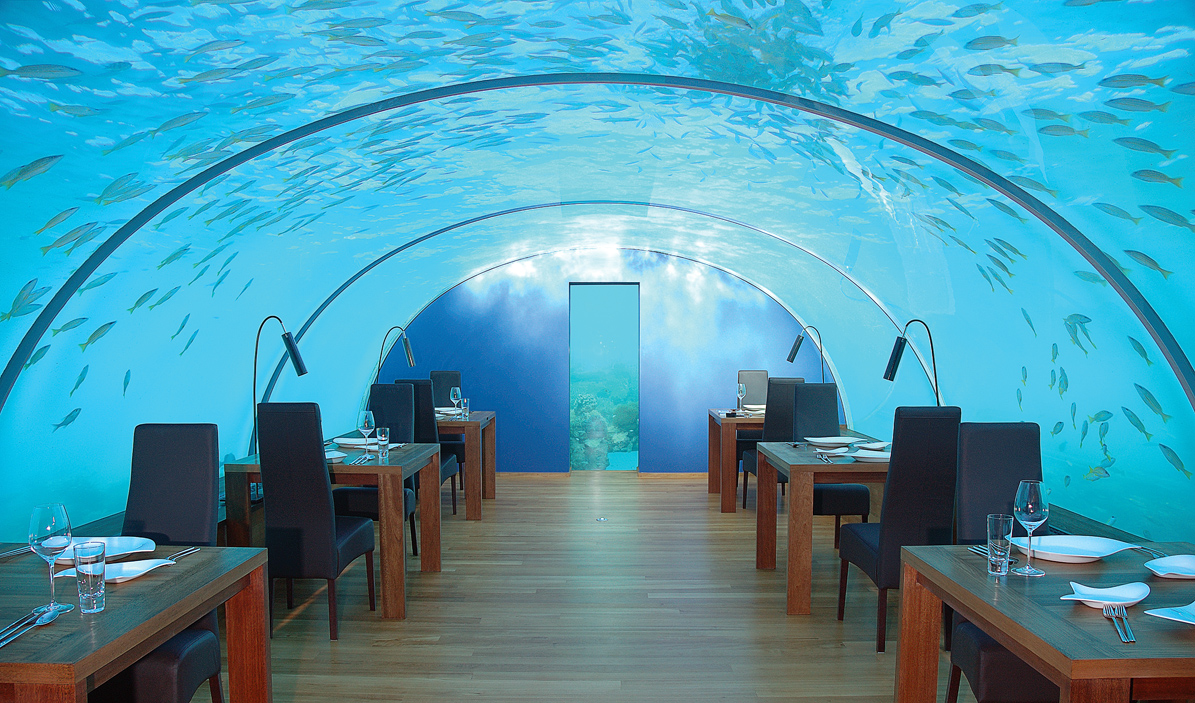 Located five meters below sea level in the Republic of Maldives, Ithaa is unique in that its transparent roof offers a 270-degree panoramic underwater view. Opened in 2005, it is often described as being the world’s first undersea restaurant. Though the menu has changed over the years, it mostly features dishes with Asian and European influences.

For those who’d like to try their menu, they have a six-course option that costs roughly $320 per person. If you’d like to go for something that is slightly less expensive, they also have a lunch tasting menu that costs $125 per person. Located in Tokyo, Japan, Aragawa is most famous for their steak, which is cooked in a special oven over binchoutan hardwood. But that’s not all—the restaurant is also famed for using pure-bred Tajima cattle from Sanda, a city located in Hyogo Prefecture. Named the world’s most expensive restaurant in 2006 by Forbes, they are considered by many to be one of the best steakhouses in the world.

Don’t let their simple decor fool you though, for a full course can easily cost upwards of $370. Despite that, most steak aficionados would agree that the quality is worth the price. 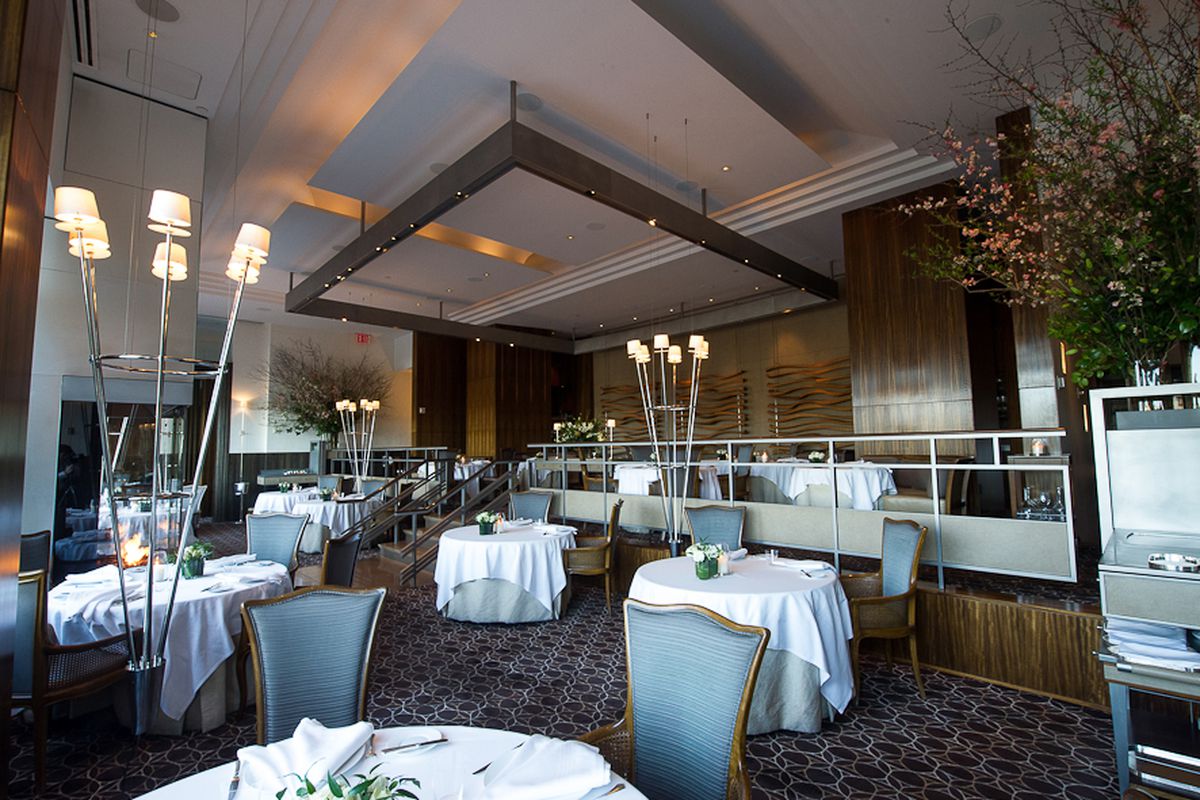 Owned by Chef Thomas Keller, Per Se is located on the fourth floor of New York City’s Time Warner Center. Opened in 2004, the restaurant offers two prix-fixe menus on a typical night—the Chef’s Tasting Menu, or the Tasting of Vegetables menu, which includes non-alcoholic beverages. While the dishes change often, they are noted for using luxury ingredients such as truffles and foie gras.

For a typical meal, it will run roughly $442 per person. Of course, that will go up if you choose to indulge in something from their award-winning wine list, which boasts over 2,000 selections. 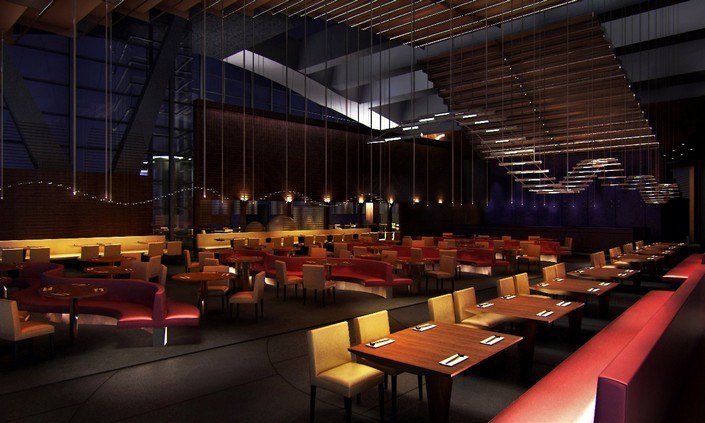 An upscale Japanese eatery, the three Michelin starred Masa is located in center of New York City, New York. Often called America’s most expensive sushi restaurant, it is said that Chef Masa Takayama prepares the menu himself, which features Kobe beef and fresh fish flown right out of Japan. Before beverages, tax, or gratuity, it can cost upwards of $450 per person.

Despite its price tag, however, it remains incredibly popular and reservations must be made three weeks in advance. In fact, cancellations can run you $200 per person! 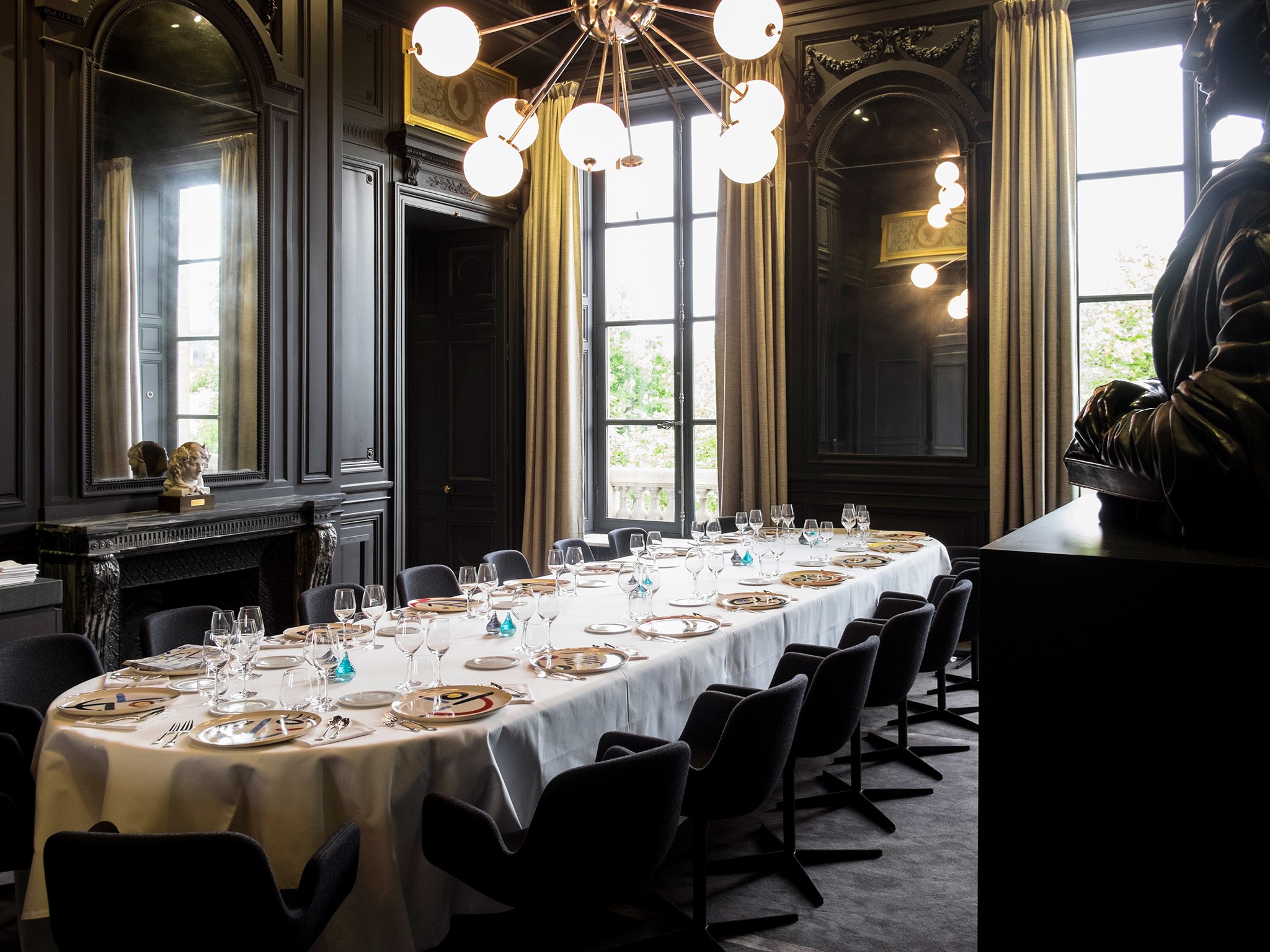 The signature restaurant of Chef Guy Savor, the establishment offers a variety of French dishes, all of which are made from exquisite ingredients. Named one of the Top 50 Restaurants in the World by Restaurant Magazine in 2004 and 2005, they are not only famed for their reliably fine food, but for their excellent service as well.

Some of their popular dishes include oyster concise, whole-roosted barbecued pigeon and caviar. Per person, a dinner will cost upwards of $464. 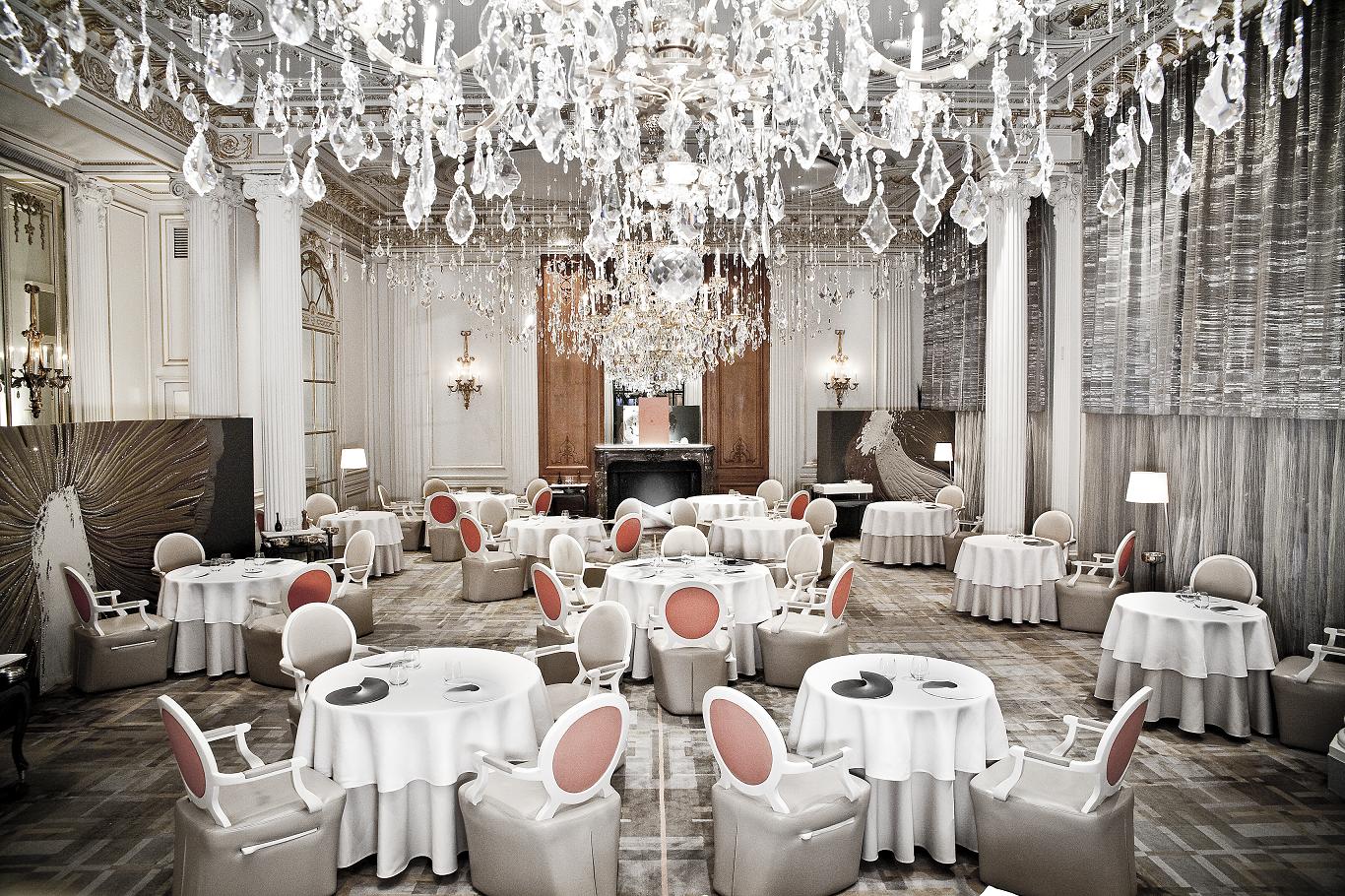 Located in the heart of Paris’ Plaza Athénée Hotel, this iconic restaurant offers a re-designed cuisine that is built on the concept of “naturalness.” Headed by Alain Ducasse, one of the most legendary leaders in French cuisine, the restaurant’s dining room in itself is magnificent in that it features tens of thousands of crystals.

For a meal at this astounding establishment, it can cost upwards of $603 per person—drinks not included! 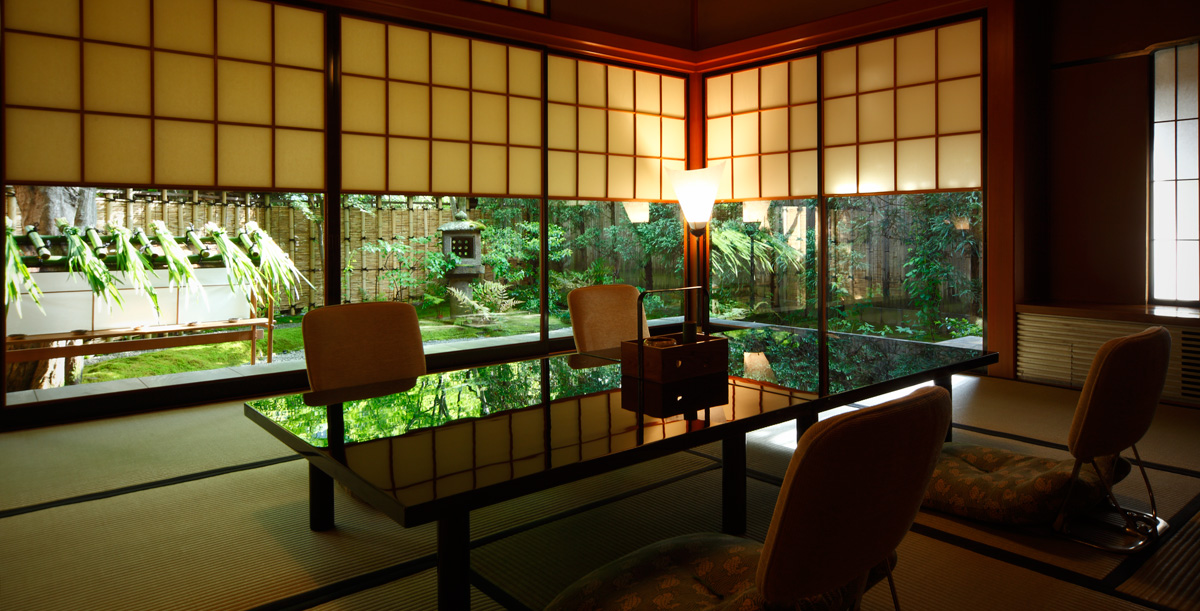 Styled like a traditional tea ceremony house, with classic tatami rooms, this three Michelin-starred restaurant is famed for its Kyoto kaiseki cuisine. Despite the fact that it started out as a small, family-run establishment, it has since expanded with six further locations in Japan. For a ten-course meal at the flagship Arashiyama, it will cost upwards of $646.

Some of the dishes that you can expect include sushi of barracuda boiled blue crab, and clear coup of pike conger, depending on the season of your visit. 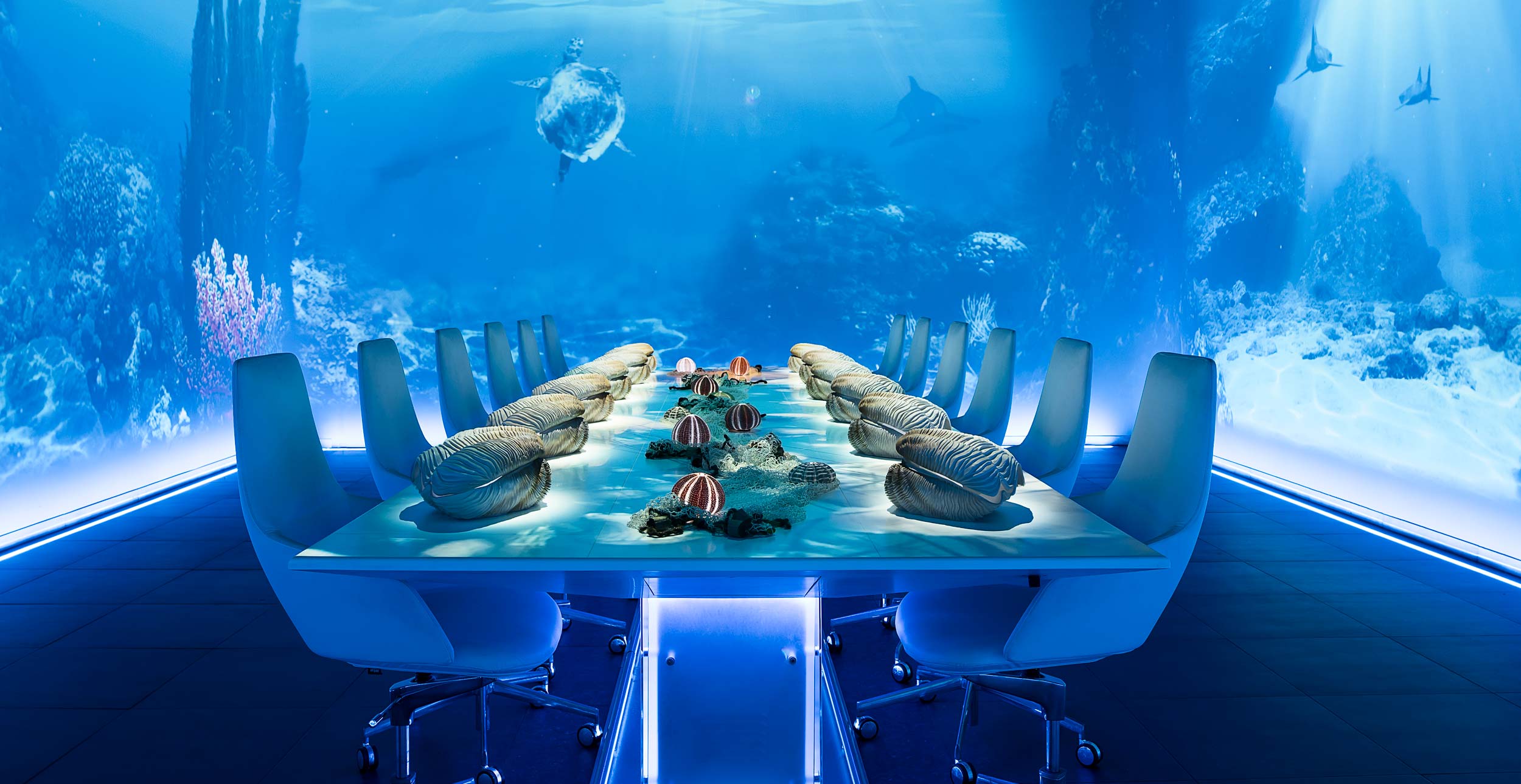 Located at the Hard Rock Hotel in Ibiza, Spain, SubliMotion is easily the most expensive restaurant in the world. Open only during the summer season, which runs from early June to late September, they offer an immerse experience, which includes laser light shows, and virtual reality elements. Run by Paco Roncero, a two Michelin-star chef, it was awarded the Best Innovation Food & Beverage Award in 2014.

For its 20-course dinner, SubliMotion charges their diners upwards of $2,000 per person. 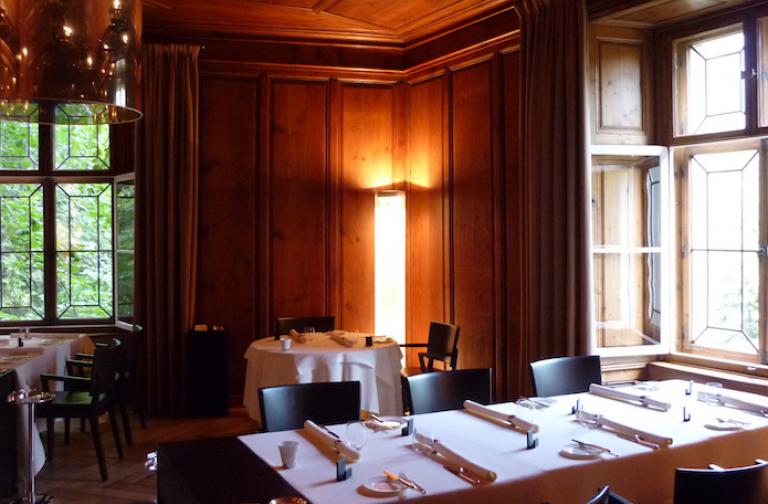 Located in Fürstenau, Switzerland, Schloss Schauenstein has been named one of the best restaurants in the world by Restaurant Magazine. Awarded three Michelin stars, the restaurant is headed by Andreas Caminada, the youngest three-star chef in Europe. Situated in the heart of a 12th-century castle (which is actually a Swiss heritage site), they are known for their delicate dishes, most of which utilize local Swiss cuisine. While you’re at it, don’t forget to also sample their wine pairings.

For a meal at the historical castle, it will run you approximately $269 per person.