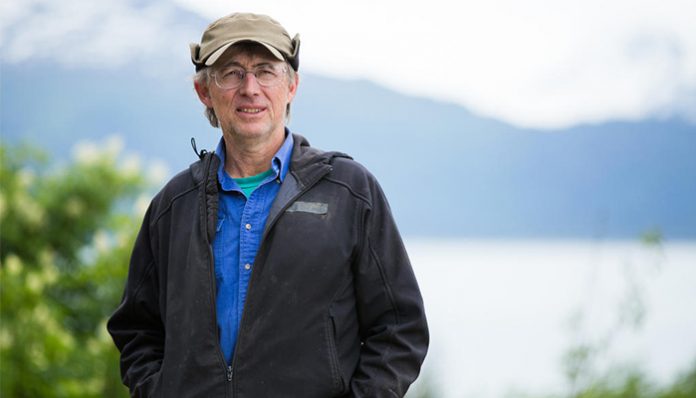 A reality star, Otto Kilcher is best known for his appearances on Alaska: The Last Frontier. One of the main cast members, he has starred on the show for many years—alongside the rest of his extended family—since it first premiered on the Discovery Channel in 2011. From then until now, there have been six additional seasons.

His most prominent television credit to date, the seventh season most recently wrapped up in early 2018. As far as other programs go, the Alaska native was also featured in a TV documentary called Rousseaus Children in 2012.

How wealthy is the television personality? How much is he paid for his appearances on the reality show? How much has he earned from it over the years? According to various sources, Otto Kilcher’s current net worth stands at around $4 million. Where did the majority of this come from? Let’s have a look.

How did Otto Kilcher Make His Money & Wealth?

Born on April 19, 1952, in Alaska, Otto Kilcher is the son of Yule Kilcher, an Alaska senator who had helped to write the state’s constitution. One of eight siblings, he has six sisters and a brother named Atz, the latter of whom is also a main cast member on the show. The father of four children, he is noted for his ability to handiness with tools and talent to fix things.

In 2011, it was announced that he—along with the rest of his extended family, would be the focus of a new reality series called Alaska: The Last Frontier. Premiered on the Discovery Channel, it documented their lives in Homer, Alaska. Descendants of Alaskan pioneers, the clans subsist by hunting, farming, and preparing for the long winters on their 600-acre homestead—all without modern heating or plumbing.

Popular among viewers, the series has won several awards throughout its run including a Communicator Award, and a Telly Award. In 2014, it also received two Emmy Award nominations for the categories of Outstanding Cinematography For Reality Programming and Outstanding Unstructured Really Program.

As of July 2018, there are seven seasons, the last of which recently ended on February 12, 2018. One of the main heads of the Kilcher family, Otto has been on the show since the get-go in 2011. At this time, it’s currently unknown whether or not he will be returning for the eighth season if it does get renewed by the network.

In terms of earnings,  it’s likely that he’s earned a decent sum from the series over the years—seeing as how he’s been on the show for so long. With that said, it’s not known how much he, or the rest of his family members, are paid per episode.

Responsible for his rise to fame, Alaska: The Last Frontier remains to be his most prominent television credit to date. In fact, he has only appeared in one other show—a TV special called Rousseaus Children in 2012. As far as we know, he has no plans of appearing in any other series.

Yes, Otto Wilcher has been married to his wife Charlotte for over twenty years.

Does Otto Kilcher Have Any Children?

Did Otto Kilcher Go to College?

No, as far as we can tell, Otto Kilcher has not gone to college.

What is Otto Kilcher Famous For?

Otto Kilcher rose to fame as one of the main stars of Alaska: The Last Frontier, a reality series that debuted on television in 2011.

Otto Kilcher and the rest of his family live in their 300-acre homestead in Homer, Alaska. We do not have any pictures at this time.

What Kind of Car Does Otto Kilcher Drive?

How Much Money Did Otto Kilcher  Make Last Year?

Unfortunately, we do not have any information on Otto Kilcher’s 2017 earnings at this time.

Most recently, Otto Kilcher starred on the seventh season of Alaska: The Last Frontier which aired on the Discovery Channel from September 2017 to February 2018. Currently, it is unknown whether or not the network will be renewing the show for an eighth season.

Want to know what the Last Frontier man is up to? You’ll be happy to know that you can find him on Twitter at @OttoKilcher and on Instagram at @Otto_Kilcher. For the latest updates on the show, you can check out its official Facebook fan page here.