What Happened to Bashurverse? – 2018 Update 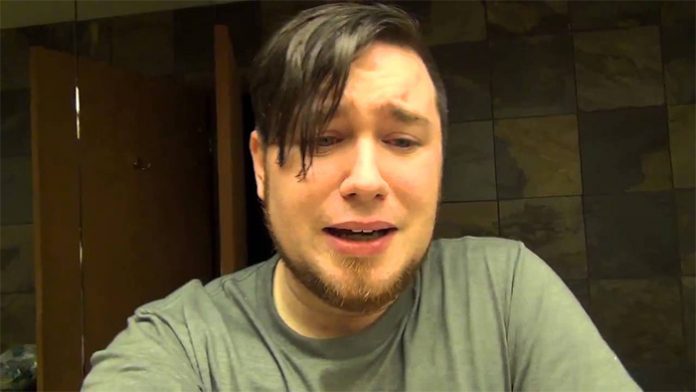 Hailing from Kentucky, Brandon Ashur rose to fame for his YouTube channel, Bashurverse. Launched in 2010, his gaming content quickly gained him tens of thousands of subscribers—before long, this number had surpassed the one million mark. Known mostly for his Minecraft-related videos, he collaborated with many fellow YouTubers including SkyDoesMinecraft, CaptainSparklez, and JeromeASF, among many others.

Despite his popularity, however, he eventually deleted his YouTube channel—along with the rest of his social media accounts in May 2017. What led him to erase his internet presence? Is he still active on any online platforms today? Hopefully, we’ll be able to answer some of these questions for you below.

What Happened to Bashurverse? 2018 Recent Updates

In April 2017, Bashurverse blacked out his YouTube channel. Not only did he delete his profile picture and banner, but he also made every single one of his videos private. Around that same time, fans noticed that he had deleted his Twitter account.

A month later, he proceeded to delete his Twitch and Facebook accounts, both of which had accumulated a significant amount of followers. Left in the dark, fans quickly took to social media to learn more about the situation, albeit with no success.

While Bashurverse himself has not revealed the official reason behind his actions, many believe that it was due to the fact that he was depressed. Two years prior to shutting down his social media accounts, he had revealed that he was “depressed and suicidal” on Twitter. That same year, there had been rumors floating around that he had raped a 10-year-old girl when he was 23. Despite being noticeably troubled by the claims, he had told his viewers that he would continue “to do YouTube”—that was in April 2015.  Having noticed the backlash, many of his fans also rallied together to provide him advice and kind words.

According to a tweet posted by Clara Swan—a fellow YouTuber that he had previously been in a relationship with, it was apparent that they were no longer together.

What has he been up to since? As far as we can tell, Bashurverse has not returned to the internet scene since 2017. While there is a new @bashurverse account on Twitter (one that says “Brandon is back” in the bio), it is currently unknown whether or not it is owned by Brandon. As of 2018, the account is still bare, with no tweets. Interestingly enough, his Minecraft account was recently put up for bid on February 22, 2018, after allegedly being hacked.

Considering the lack of news, and his previous mental state, some fans couldn’t help but wonder whether or not there was a possibility that he’d ended his own life. Fortunately, this does not appear to be true. In terms of what he’s been up to offline, there have been recent reports that he is currently living in with a new girlfriend in LA, though this hasn’t been confirmed. At one point, fans allegedly also saw him working at Best Buy.

Hailing from Kentucky, Brandon Ashur revealed in a now-deleted confession video that he was brought up by his relatives, as his mother “was not a good person.” As a teen, he revealed that he had no interest in education. Instead of attending class, he often played EverQuest on his laptop. On the weekends, he would also meet up with his middle school friends to play dungeons and dragons.

Several years later, he would launch his YouTube channel, Bashurverse on April 1, 2010. An avid gamer, he mainly uploaded Minecraft-related content, which proved to be popular among viewers. Before he knew it, he had amassed hundreds of thousands of subscribers; from there, over a million. With his rise in fame, he had the opportunity to collaborate with many fellow YouTubers such as SkyDoesMinecraft, Bodil40, CaptainSparklez, and JeromeASF. By 2017, he has earned over 1.6 million subscribers on the platform.

Despite this, however, the YouTuber ultimately chose to shut down his account in April 2017, a decision that shocked many fans. Within a month, he also closed down his Twitter, Instagram, Twitch, and Facebook accounts.

Why Did Bashurverse Leave Social Media?

Left in the dark as to what had happened, fans couldn’t help but wonder why the YouTuber had done what he did. Though Bashurverse himself hasn’t given an answer (in fact, he hasn’t been active online since 2017), many have speculated that it is has something to do with the fact that he was accused of raping a 10-year-old girl back in 2015. A difficult situation for anyone to be in, he had been noticeably troubled afterward. In fact, he revealed not long afterward that he was “depressed and suicidal” in a tweet, which led many fans to offer him encouraging words and advice.

At this point in time, however, it’s hard to say whether or not he will be returning to social media anytime soon.