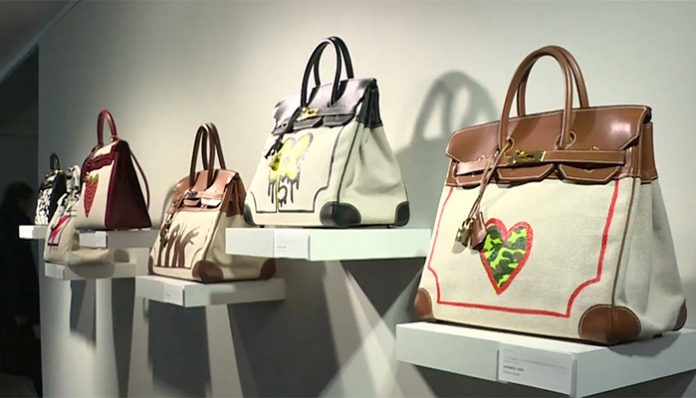 When it comes to fashion, there’s a number of ways to showcase your keen sense of style. From designer shoes to necklaces, accessories are a great way to complete the look. For most women, handbags also fall into this category.

Not only are handbags practical, but they also make a fashion statement. One of the most functional accessories in our closets, they bear the duty of holding our day-to-day items when we go out. If you’ve ever shopped for a purse, however, you’ll know that finding the perfect bag can be a challenge—despite the fact that there are numerous makers out there.

Like most products, purses have a huge price range. That is, you can easily pick one up at the store for under $20, while others may cost you thousands of dollars. Surely, we’ve all heard of brands such as Louis Vuitton, Hermes, and Chanel, which are all famous for their luxury handbags.

Below, we’ll be going over ten of the world’s most expensive purse brands. What makes them so costly? What’s the story behind each of the brands? These are some of the things that we’ll be taking a look at. Let us know which is your favorite! 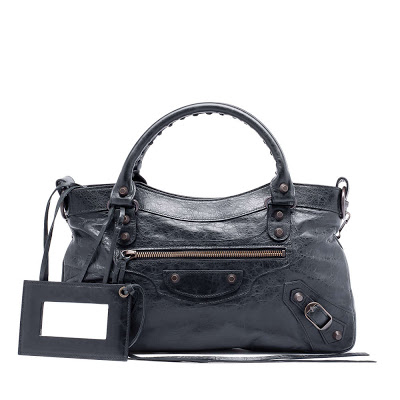 Established in Spain, Balenciaga was founded by Cristobal Balenciaga in 1919. With the start of the Spanish Civil War, however, he was forced to relocate to Paris, France, where he continued his work as a designer. Lauded for his work, it wasn’t long before his work became incredibly sought-after.

Today, the French fashion house offers an array of handbags from totes to cross body bags. Known for their high-quality collections, their most iconic bag to date is the “Motorcycle Bag”. Designed exclusively for the runway, it easily fetches $2000 on the market. 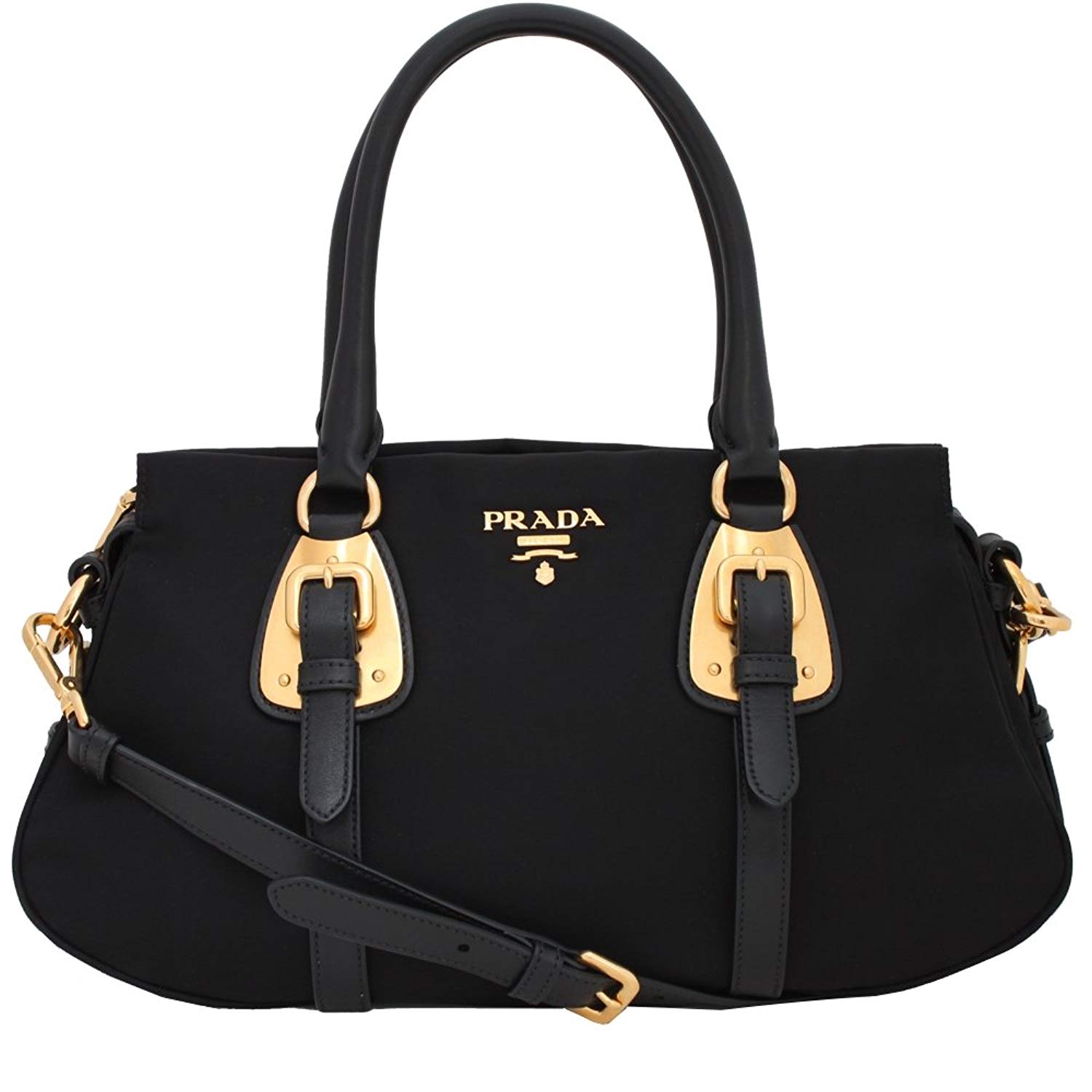 An Italian luxury fashion house, Prada was founded by Mario Prada in 1913. At the time, the shop mainly sold imported steamer trunks, handbags, and animal goods. Ultimately, it wasn’t until the late 70’s and early 80’s that they started to sell their purses at upscale boutiques and department stores worldwide. In 1983, their success allowed them to open up a second store in Milan.

By the 1990’s, the brand had become a premium status symbol. Known for their high-quality leather products, their purses easily sell for over $2000. In 2016, Prada earned $3.91 billion in revenue worldwide. 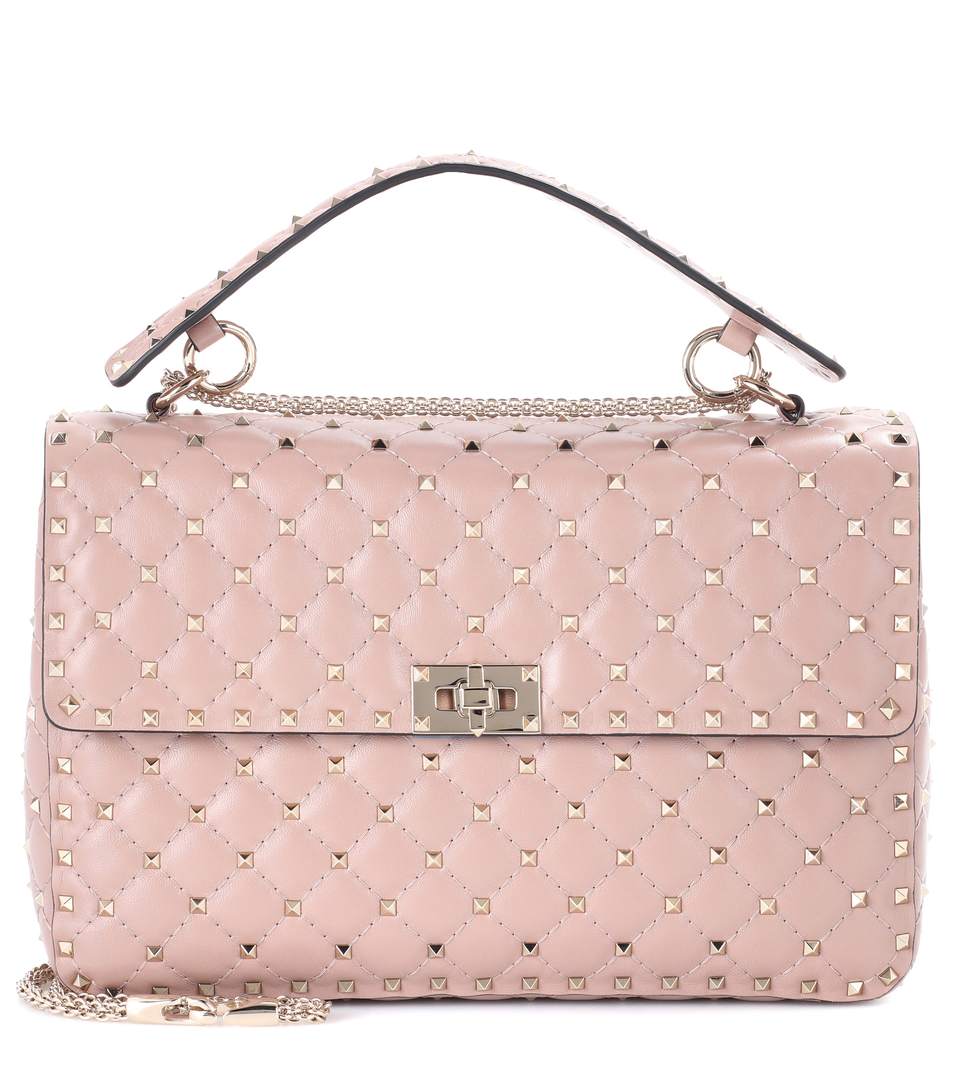 Founded by Valentino Garavani, the brand was established in 1960 by him and his partner, Giancarlo Giammeti. In 1962, the fashion house made their debut at the Pitti Palace in Florence. Within a few years, their designs had become a pinnacle of Italian culture.

For more than five decades, Valentino has been the centerpiece of the international fashion scene. Today, the brand offers a range of luxury products including fragrances, ready-to-wear, and handbags. Available in a number of high-scale retailers across the world, their purses range anywhere from $2000 to $5000+. At the time of this writing, their Medium Rockstud Spike Chain Bag is selling for $5,695. 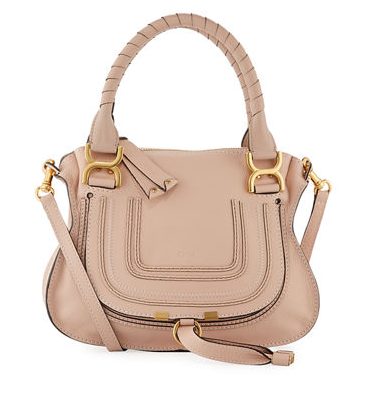 Founded by Gaby Again in 1952, Chloé has been worn by many celebrities over the years including Emma Stone, Madonna, and Sienna Miller, to name a few. Based in Paris, France, the brand has a number of regional offices in Hong Kong, New York, Dubai, Shanghai, and Tokyo. In addition to that, they operate boutiques in numerous cities worldwide.

Aimed towards a younger audience, the company offers a range of products one of which includes handbags. Luxurious and stylish, some of their purses easily retail at over $4,000. In fact, it’s not uncommon for some of their most popular styles to sell out within days of release! 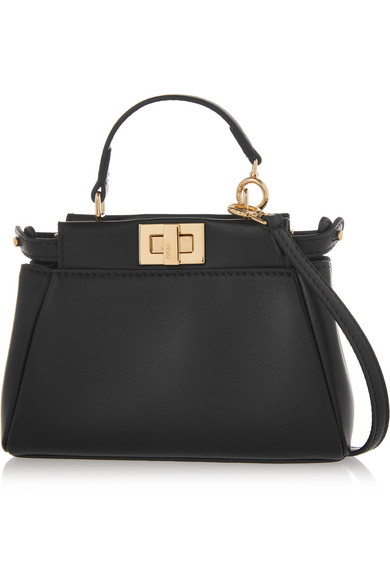 Founded in 2015 by Edward and Adele Fendi in Rome, Italy, Fendi is best known for its luxury fur and leather accessories. Renowned for their high quality good, their products are sold at a number of high-scale boutiques and department stores across the world. Today, it’s said that the brand is valued at over $1.1 billion.

Looking at their website, they’re about to release one of their most expensive handbags—the Large Peekaboo Multicolor Fabric Bag which will bear a hefty price tag of $9,000. As far as their other purses go, they easily run for a few thousand dollars each. 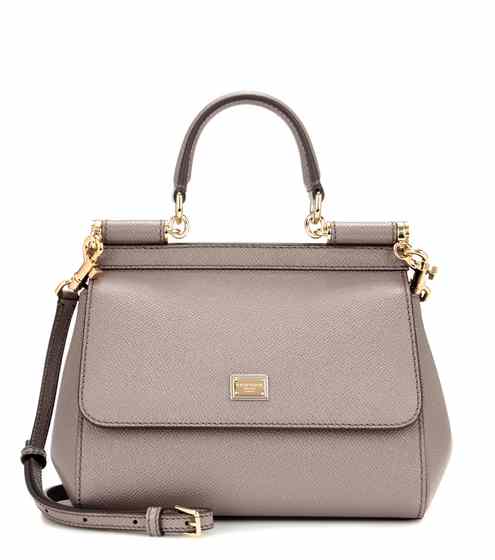 Founded by Domenico Dolce and Stefano Gabbana in 1985, Dolce & Gabbana opened their first store in 1986. Though they initially failed to make a significant impact, they eventually established themselves in the Italian fashion market with the release of their fourth collection—The Silicon Dress in 1988. By the end of the 90’s, the company was bringing in $500 million in revenue.

Today, they sell an array of high-end products from handbags to cosmetics. Known for their colorful prints, their purses can fetch as much as $20,000 on the market. For instance, their Swarovski-embellished Velvet Clutch went for nearly $10,000 via Net-a-Porter in 2015. 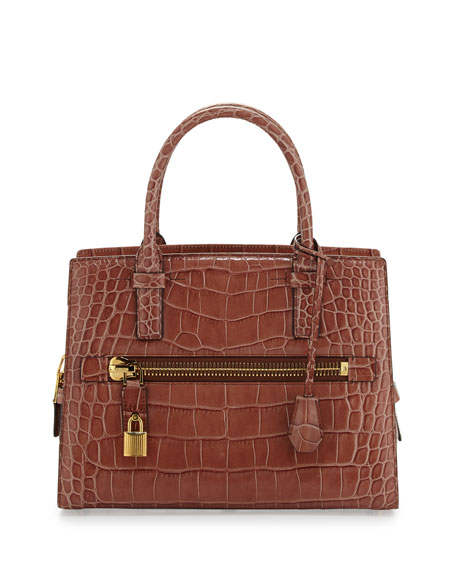 Founded by Tom Ford, the eponymous luxury brand was established in 2006. Previously, the fashion designer had served as the Creative Director at both Yves Saint Laurent and Gucci. Ultimately, it was after he left the latter, that he launched his own line of accessories and menswear. Noted for their golden hardware and oversized turncocks, his line of handbags have grown significantly in popularity over the past decade.

Since then, his designs have been worn by numerous celebrities including Will Smith, Anne Hathaway, Beyonce, Tom Hanks, and Jennifer Lopez. Currently, the brand’s most expensive purse—the Alligator Tara Clutch, sells for $17,000. 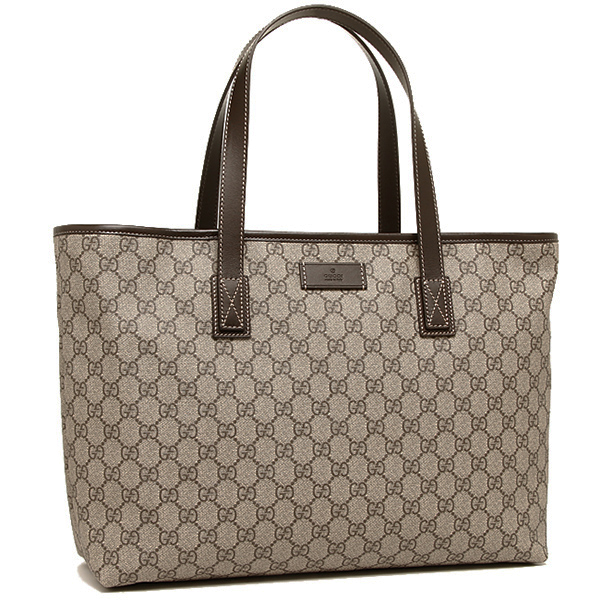 Founded by Guccio Gucci in 1921, the Italian luxury fashion house initially started out as a leather goods store in the 19th century. Fast forward to today, and it has become one of the world’s most valuable brands, with a net worth of over $12 billion. The highest-selling Italian brand, it currently operates over 500 stores worldwide.

Over the years, they have released numerous luxurious handbags from totes to shoulder bags. In terms of their most expensive purse, their Jackie Crocodile Shoulder Bag retailed for nearly $40,000! Made out of brown crocodile leather, the bag is easily one of the most expensive purses in the world. 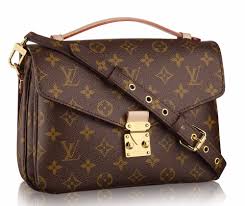 Founded by Louis Vuitton in 1854, the French fashion house is best known for its LV monogram which appears on most of their product lines. One of the world’s leading international fashion brands, their collections are available at a number of high-end department stores and boutiques worldwide. 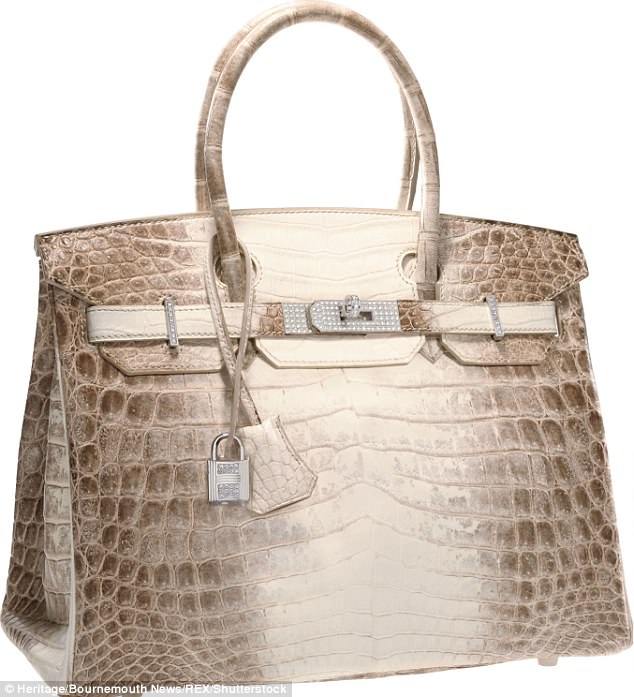 Founded by Thierry Hermes in 1837, the French high fashion brand specializes in leather, jewelry, ready-to-wear, and other lifestyle accessories. Noted for their handmade handbags, it is said one requires up to 24 hours to produce. As a result, it’s not uncommon for customers to have to wait months for delivery of one of their signature purses.

In 2016, they sold their exclusive Diamond Himalaya Niloticus bag—which is not only made out of crocodile leather but comes with diamond and white gold hardware—for a record-breaking $300,000!