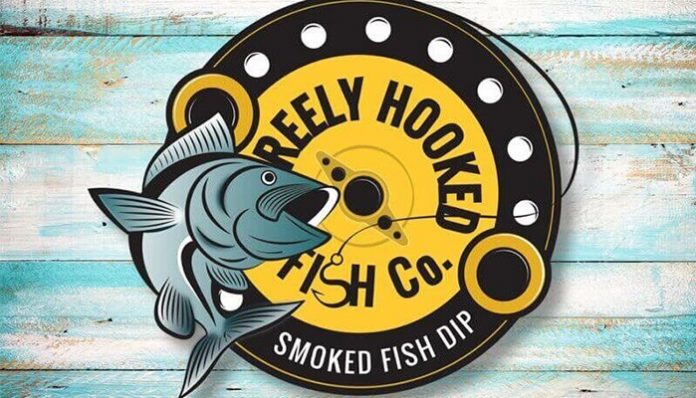 Based in Clearwater, Florida, the Reely Hooked Fish Company is best known for their delicious fish dips. Made from greek yogurt, they are a much healthier option compared to those that are made from mayonnaise. Great for sandwiches, salads, wraps and more, the seafood snack is made from high-quality wild caught wahoo, according to their website.

Incredibly popular—especially in Florida, the dip was created by James Arcaro and Steven Markley, a couple of Florida Native Wildland Firefighters. Best friends, the pair had always been fond of seafood and dips, the latter of which is a very popular item in their native Florida. Unsatisfied with that the market had to offer, they eventually took it upon themselves to create a new formula—one that could stand on its own.

Determined to make it a healthy snack, the pair chose to make the dip using Greek yogurt instead of the traditional mayonnaise. In terms of protein, they opted for king mackerel, an oily fish that is a well-known source of omega-3 fatty acids. In the end, it took them many months of trial and error before perfecting the formula. A huge hit at the local farmer’s market (it would often sell out by the end of the day), their newfound popularity soon drained their inventory of fish. Before they knew it, they had to buy mackerel from local anglers, as opposed to catching them themselves. An overwhelming success, they later began to ship out their dips to various restaurants and bars across the country.

In 2017, just a year after their launch, it was announced that the two entrepreneurs would be pitching the product to a panel of multi-millionaires on Shark Tank, a popular ABC reality show. Featured in the ninth season, which premiered that fall, their episode went on to air on November 12, 2017. 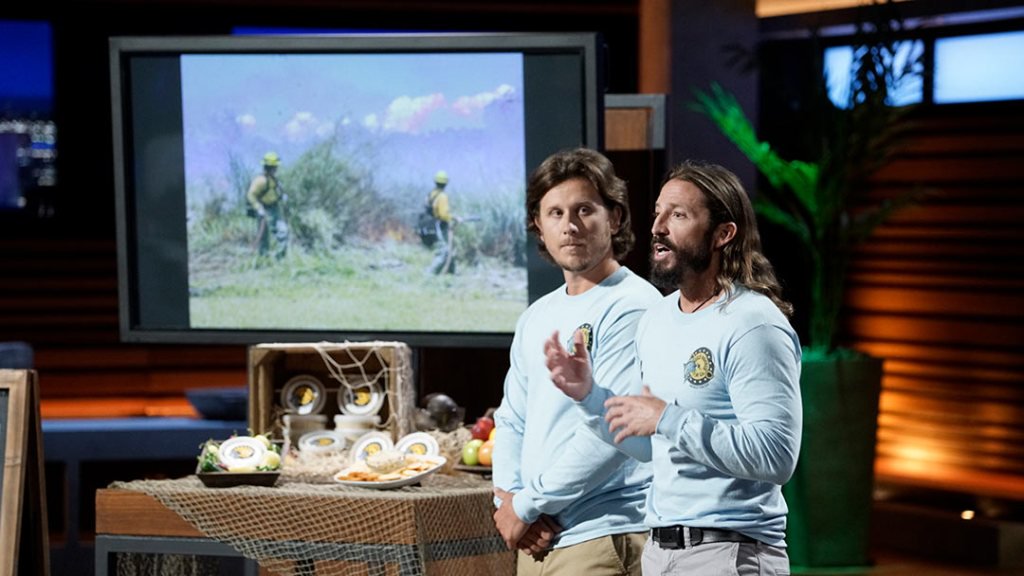 Walking into the tank as the sharks look on, Steven and James introduce themselves before stating that they’re looking for a $75,000 investment in exchange for 25% of their company—Reely Hooked Fish Co.

Beginning their pitch, James tells them that they both appreciate “a quality fish dip” as they’re both from Florida. While they loved the authentic Florida cuisine, however, they grew sick of the same dips, which used either mayonnaise or cream cheese as a base. As a result, he explains, they decided to revolutionize “the way people eat” by making their own formula.

Continuing enthusiastically, James states that they went on to create a one-of-a-kind recipe that “not only offers an authentic flavor but is healthy, preservative-free and tastes phenomenal.” Seconds later, they introduce their product—Reely Hooked Smoked Fish Dip in unison. A delicious smoked fish dip with a healthy fish, James explains, it uses Greek yogurt as a base, which makes it a healthier alternative compared to others on the market. As the camera pans towards the product, he also adds that the dip contains a bit of apple, which helps to sweeten up the taste.

Explaining further, James states that they have a multi-day process in place to create the product, which consists of three primary phases. Fresh and unique, “you don’t even have to feel bad for smashing an entire container.” With that, the founders leave the sharks with a question—were they ready to “help them get the entire country hooked? “ 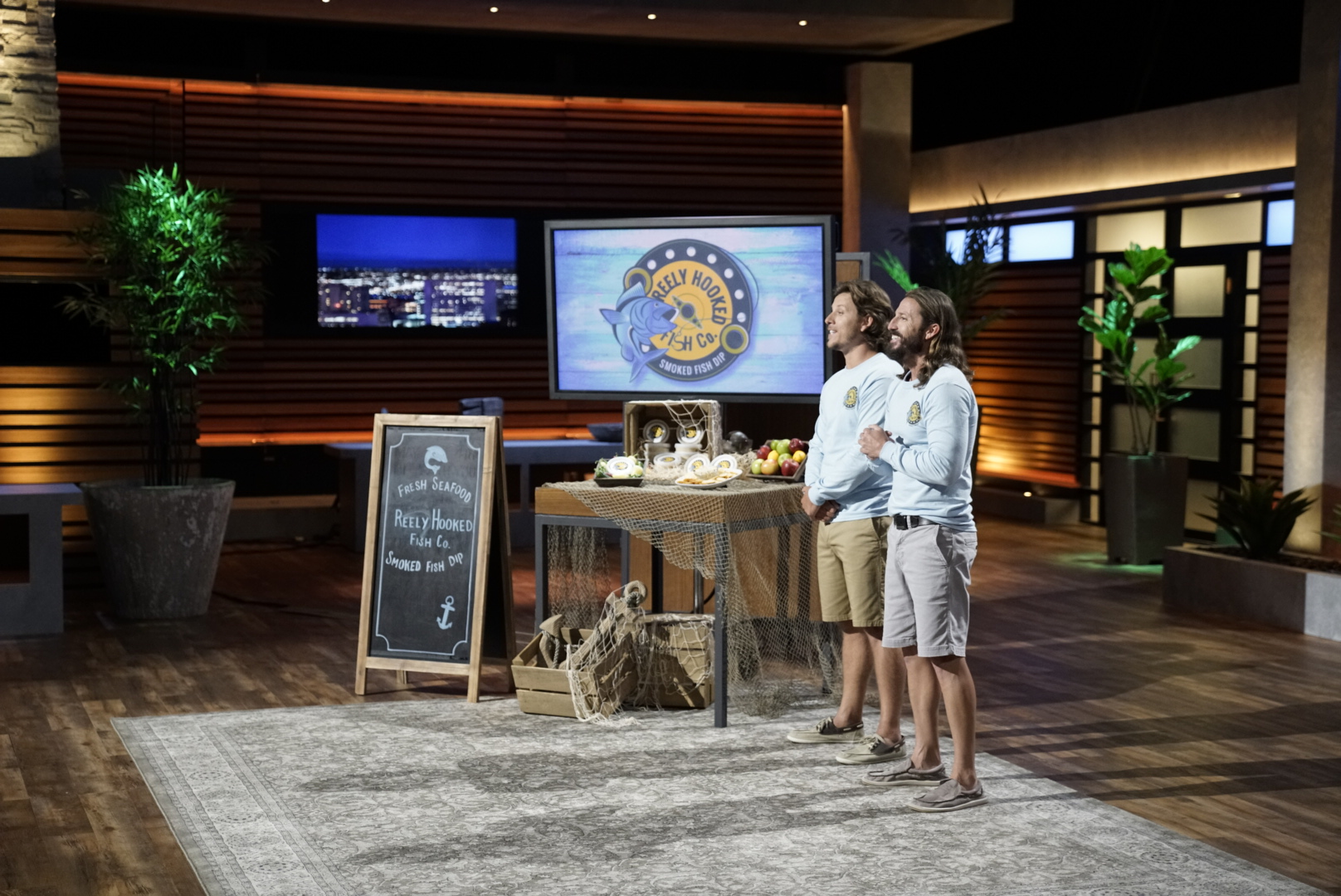 Seconds later, they present each of the sharks with their own tray of samples. As they go on to try the snack, most are noticeably pleased with the flavor. Curious, Robert asks the founders what kind of fish they use, to which they reply king mackerel, as it smokes well due to its high oil content. Continuing with the questions, Robert subsequently asks about the Greek yogurt base. Fewer calories and higher protein, James goes on to say that each of the containers has 245 calories with 32 gram of protein, which surprises the sharks.

Describing the dip as being “unbelievably delicious”, Lori asks the two founders how they came up with the idea. Divulging their background, James tells them that they had met each other through their jobs as full-time firefighters. Not only did they have a lot in common, he reveals, but they also had the same vision in terms of what they wanted in a company. Eventually, he says, they started to run different ideas together. Not long afterward, they decided on smoked fish dips.

With further prompting from Robert, the founders reveal that they ultimately did not have enough time or labor to accommodate with the fire season. Realizing that they had to find a better way of doing things, they came up with a strategy to go after breweries—more specifically, three of them in the area. Asked whether or not any deals were made, he tells them that all three had signed on with the dip. Continuing, he reveals that nearly all of their sales are through the craft breweries, although they do have one small retailer.

Curious about the figures, Kevin goes on to ask about their sales. To that, James tells him that they’ve sold $10,000 so far in three months. Continuing, he says that they started out at $10 per container, though they believe now that $12 is a better price point. Surprised, Kevin immediately calls it “the most expensive dip.” Denying that to be true, James lets him know that others are priced similarly on the market.

As if on cue, Robert subsequently asks about the production cost. In response, James explains that while each container costs $4.50 to make, they’re able to bring the price down given that they buy the fish in greater quantity. Asked what they’d do with the $75,000 investment, the founders say that they would put it towards the proper equipment and better facility, so they can move into the business full-time.

Noting that they’ve only got three breweries, Daymond is the first shark to drop out of a deal, just seconds later. Thanking him for his time, the founders subsequently give their attention to Robert, who once again asks about their plan to increase sales. Explaining, Steven says that they plan on rescaling with restaurants. Asked whether or not they can get the product into retailers such as Publix, both Steven and James are quick to say that they can.

Despite James’ best efforts to seek the product, however, she’s noticeably hesitant about investing in their company. While she admits that their dip tastes fantastic, she finds it difficult to scale, which leads her to back out. To their dismay, Robert soon also drops out, after commenting that their sales are on the low end.

Defending their product, the founder goes on to tell them that they have a product that can easily go into the millions. Just as James is about the continue, however, Mark steps in with a comment. Looking at the two, the shark reiterates the fact that they’re doing $1000 a month from restaurants, which they nod their heads to. With that, he asks them whether or not they have the time to up their sales. Replying yes, Steven lets him know that they plan on working on the company full-time.

Continuing, Mark lets them know that he’s potentially interested if they’re able to bring their fish dip to more restaurants. Asked whether or not they’re able to do $1000 a week, both Steven and James nods in response. From there, Steven attempts to give an example, however, he is quickly interrupted and stopped by Mark. Looking at him nervously, the two are eventually pleasantly surprised when he decides to make them ann offer. Commenting that he’s about to make a “sharky offer”, Mark tells them he is willing to give them $75,000 for 25%—which happens to be exactly what the two had come in looking for. 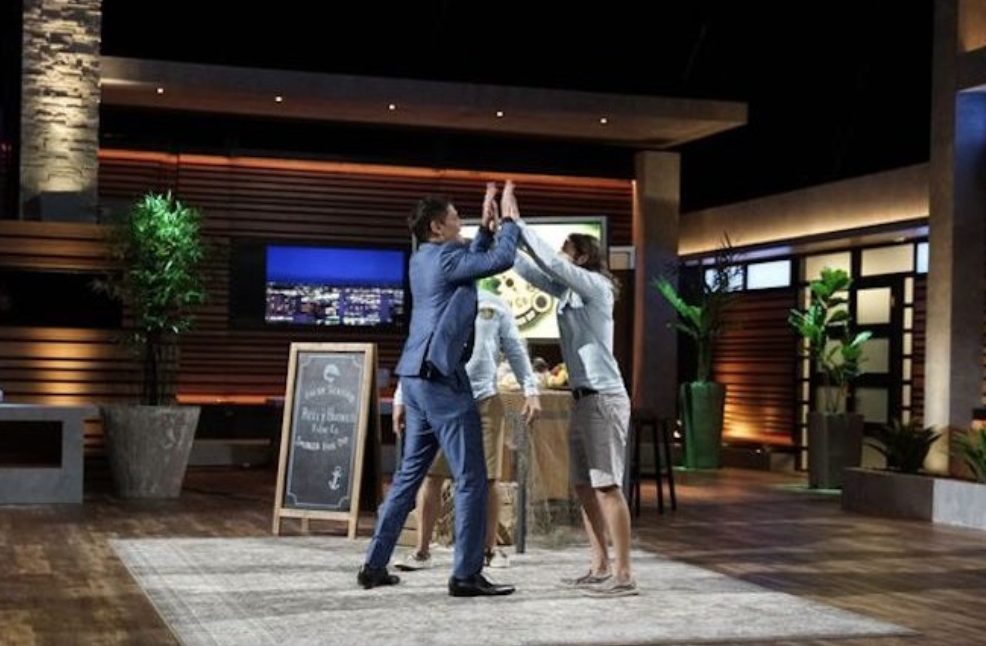 Noting that that’s what they’d asked for when they walked into the tank, Lori looks towards Mark as he asks Steven and James whether or not they’re in. With two big smiles, the founders immediately let them know that they’re in. A done deal, the shark subsequently walks up to give the two a high five, as the rest of the panel looks on.

Noticeably excited, Steven and James thank the sharks again as they offer their congratulations. With one final goodbye, the two eventually walk backstage. More than ecstatic with the opportunity to work with Mark, the pair is nothing but smiles even in the exit interview.

Reely Hooked Fish Co. in 2018 – The After Shark Tank Update

Many months have passed since Steven and James pitched on Shark Tank. How are they doing nowadays with Mark’s help? Let’s have a look.

Soon after appearing on the ABC show, the company added “A Mark Cuban Company” logo to its line of products. Not only that, but with the shark’s help, they’ve been able to make their way into a number of stores in the Florida area including Badfins Food + Brew, Sweetest Knights Key west, Luekens Wine & Spirits, and Da Kine Poke, among a few others.

As far as the rest of the country goes, the team is currently working hard to secure opportunities for out-of-state fans. According to their official Facebook page, however, they recently had to shut down shipping on their site temporarily due to a major internal glitch. Unfortunately, this ultimately means that while they’re working on the issue, the only place to get the dip is at their Florida retailers. If you want to be notified when shipping opens up again, you can sign up for their official newsletter.

In terms of the founders themselves, the duo recently starred in an episode of A Fishing Story with Ronnie Green. Premiered on the Discovery Channel on May 6, 2017, it followed the two best friends’ lifelong dream of opening a smoked fish company. For those who are interested, the full episode can be streamed on the network’s official website here.

Over the past several months, they’ve gained thousands of followers on Facebook. In fact, their signature fish dip has earned a perfect five-star rating from over 100 users. Looking at some of the reviews, it’s obvious that most customers are satisfied with the tasty treat. For the latest news, be sure to like their page, or better yet, sign up for their email listing!

Will the two Florida firemen be returning to television anytime soon? Unfortunately, it might take a while before we see them back on Shark Tank for an update. In the meantime, it’s probably fair to assume that they’re kept busy with the company’s rapid growth.