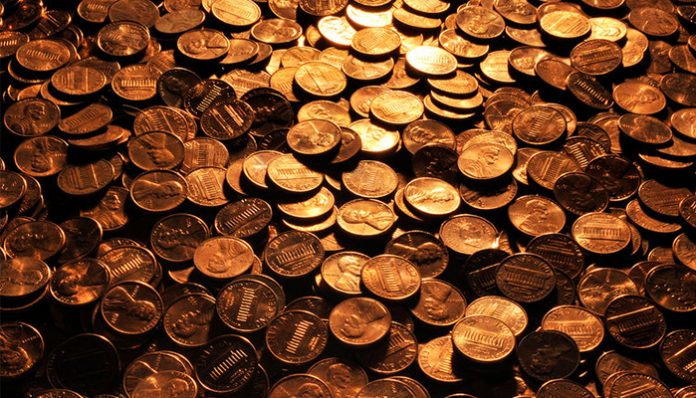 For centuries, collecting has been a popular hobby, one that has shown no signs of slowing down. Whether you’re collecting books or stamps, it provides great enjoyment and satisfaction—not to mention, it’s a great way to show off your passion.

For many, there’s nothing more fascinating than collecting coins. Not only are they a piece of history, but they can also be viewed as a work of art from a specific time period. While each collector has their own reasons for collecting, whether it’s for personal enjoyment or investment, they share one thing in common—that is, the finding of a rare coin gives them a sense of completion and satisfaction.

As you can probably expect, the hobby can become quite expensive—especially for serious collectors who are looking to add rare pieces to their collection. For instance, did you know that an 18th-century coin known as the “Flowing Hair Dollar” sold for over $10 million in 2013? That’s right, the price of collectible, rare coins can easily surpass that of their original value.

On this page, we’ll be taking a look at some of the world’s most expensive pennies. Don’t let their original one-cent value trick you, many of them can easily set you back quite a bit! 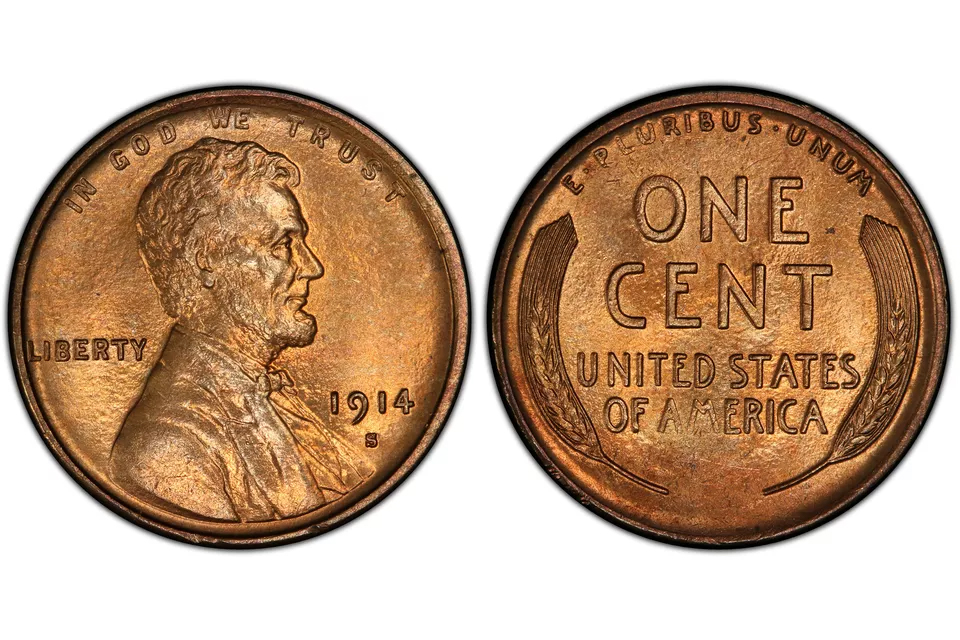 Produced by the U.S. Mint in San Francisco, the 1914 S Lincoln Penny is not particularly rare, when you consider the fact that more than four million were made. With that said, the majority became tattered and warn after being put into circulation.

For those that were stored properly, however, they retained their bright red-orange copper color. Ultimately, it’s those they were able to survive in pristine condition that holds tremendous value. Few and far and between, they’re truly treasures for any coin collector. In 2006, a 1914-S Lincoln Penny sold for nearly $106,000. This 1944 Lincoln Penny owes its value to the fact that it was struck on a zinc-coated steel planchet—which was supposedly only to be used until 1943 (as copper was needed for the war effort at the time). Though the U.S. soon switched back to using copper planchets, a number of these pennies had already gone into circulation. With that said, less than a dozen have been authenticated today, making them incredibly rare. In fact, it’s believed that less than ten of these coins exist today. In 2007, one of these were sold for $115,000. In 1909, the U.S. government replaced the Indian Head penny with the Lincoln cent. Designed by Victor David Brenner, the penny features his three initials V.D.B. on the reverse of the coin, between two stalks of wheat.

Not long after it was issued, however, there was a public outcry about the initials, which many people believed were too large and obvious. In response, the U.S. government demanded all initials be removed—including Brenner’s. By then, less than 500,000 of the pennies were produced.

Today, the penny—especially those in uncirculated condition are extremely sought after and rare. In 2014, one of these coins sold for $117,500. More than four million of the 1872 Indian Head Penny was minted back in the day. Due to the economic downturn of the 19th century, however, most, if not all of the coins were put into circulation, as people simply could not afford to put it into their coin collections.

Extremely rare in exceptional condition, those that have been well preserved over the last century is known for retaining its bright red-copper color. In 2007, one of these particular pennies sold for $126,500 in an auction. 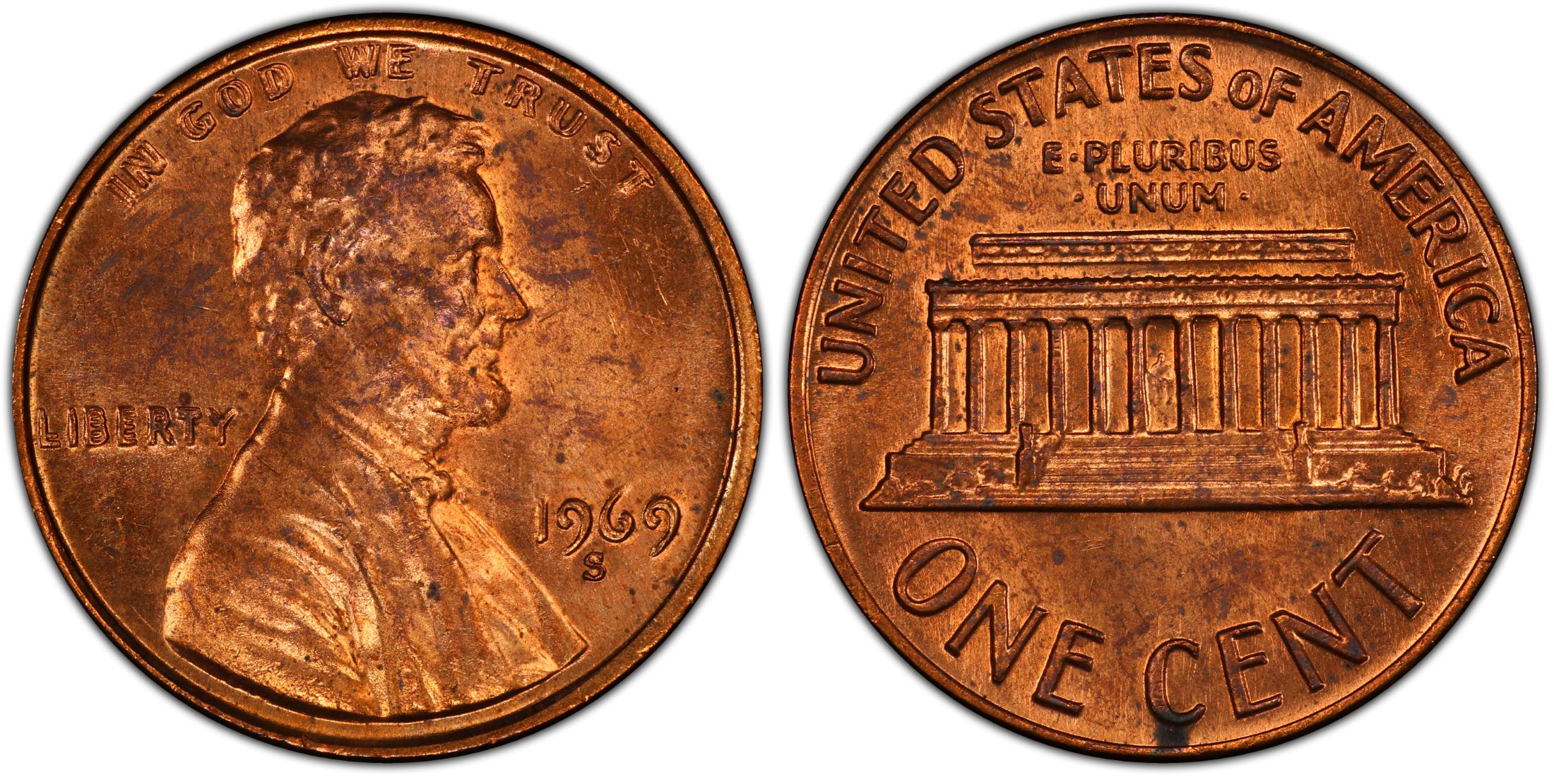 First discovered in 1970, the 1969 Double Die Lincoln Penny is unique in that it has doubling on the date and lettering on the obverse. Partly due to this, the government had initially believed these coins to be counterfeit—it wasn’t until after a handful of them were confiscated and destroyed, that they were discovered to be genuine. 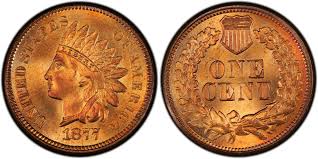 One of the most enduring coin designs of its era, the 1877 Indian Head Cent was designed by James Barton Longacre. First introduced in 1859, it depicts Miss Liberty wearing a Native American headdress, with a wreath on the reverse.

Though circulation was relatively widespread, it’s said that the number of pieces that have survived to this day is much, much lower. In fact, some have estimated that there are no more than 5,000 pieces (of all grades) today. In August 2007, a particularly high-grade piece was sold for $149,5000 in an auction. Issued in 1914, amidst the beginning of World War I, the D Lincoln Penny is noted for its crisp definition, particularly on Lincoln’s coat, and beard. Unlike most one cents encountered, it also exhibits, a rich, mint red color with no brown tinting.

Unfortunately, by the time it was recognized as a key issue in the Lincoln series in the 1930’s, there were only a handful of high-grade coins left in circulation. By the 1950s and 1960’s, its popularity had led there to be a significant rise in counterfeits. In August 2017, a certified D Lincoln Cent sold for $152,750 in Denver.

Designed by James B. Longacre, the Indian Head Penny was first issued in 1859. Within a few years, however—approximately halfway through its mintage in 1984, the U.S. stopped using nickel; instead, they changed it to a bronze composition consisting of 95% copper and 5% zinc and tin.

Soon afterward, an “L” (James B. Longacre’s last initial) was also added to the ribbon—behind Lady Liberty’s neck. Much rarer than those without the “L”, it sells for nearly four times as much as the common Indian Head penny. Though it’s said that five million of these coins were made, it’s believed that very few have been saved. Incredibly rare, workers had erroneously struck the 1943 Lincoln cent on bronze alloy planchets, instead of zinc-plated steel planchets. Though some have argued that they were struck on bronze planchets on purpose, the possibility of it being accidental is much greater (i.e. leftover bronze planchets from the previous year had fallen onto the conveyor belt).

A golden copper color, the coin is noted for exhibiting some softness in details—which is most noticeable at Lincoln’s shoulder and near the rims, to a lesser degree. In 2013, this valuable penny sold in an auction for over $160,000! 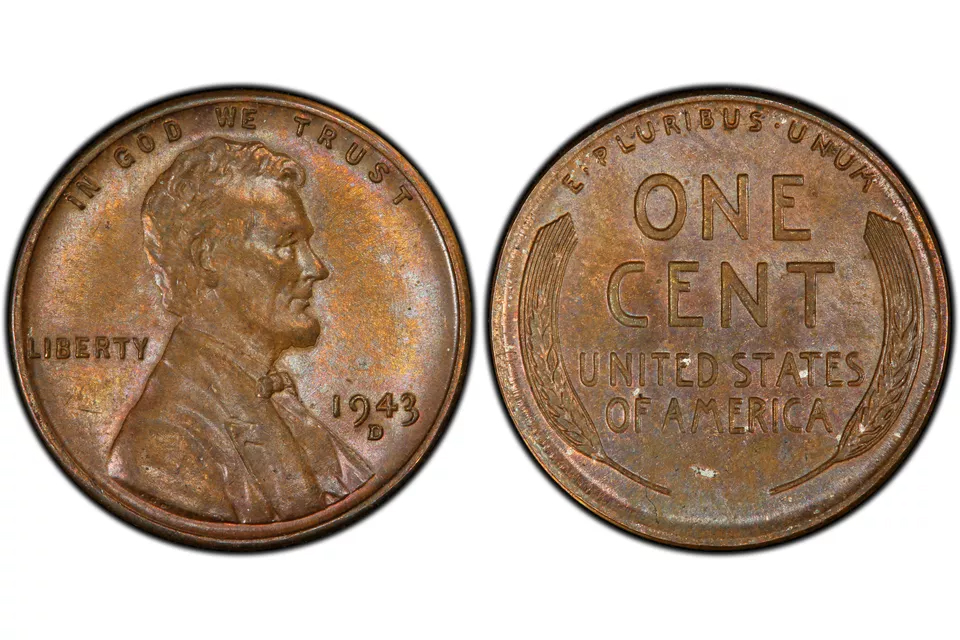 The 1943 D Lincoln Bronze Penny owes its high value to the fact that all pennies produced that year were struck on zinc-plated steel planchets. For it to be made out of bronze alloy, some must have slipped into the production line. The only 1943 D Lincoln penny to be struck on a bronze planchet, it is easily the most valuable one cent in the world.

Years after being discovered in 1979, this penny for a staggering $1.7 million in September 2010 (and it took years of negotiations for the owner to be willing to sell it!). Like most rare collectibles, however, numerous counterfeits have since made its way into the coin market.