What Happened to Dr DisRespect? – 2018 Update 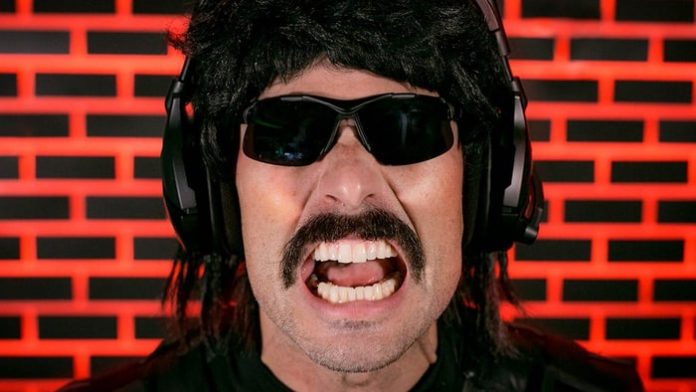 An internet celebrity, Dr DisRespect is perhaps best known for his YouTube channel, which has gained more than 483,000 subscribers to date. An avid gamer, most of his content revolves around the games Call of Duty, H1Z1, and PlayerUnknown’s Battlegrounds Fortnight.

Aside from YouTube, the streamer is also popular on Twitch, a platform on which he has amassed over 2 million fans. If anything, his popularity has grown tremendously since he first started to post videos in the early 2010’s.

With that said, a recent development left fans wondering last year. In December 2017, it was revealed that the gamer had cheated on his wife. As a result, he ended up taking a hiatus, which took him away from YouTube and Twitch. To the pleasant surprise of fans, however, he soon returned to the gaming platform two months later. Nonetheless, the whole ordeal had left some questions in the air.

What has Dr Disrespect been up to since? Is he still streaming on a regular basis? Has he been posting new videos to his YouTube channel? Did the infidelity incident affect his popularity at all? What has the 36-year-old been up to lately? These are some of the things that we’ll be taking a look at below.

Last December, it was announced that Dr DisRespect would be taking a brief hiatus from both YouTube and Twitch. In the announcement video, it was revealed that he had cheated on his wife; in order to mend their relationship, he would be taking some time off. Two months later, he returned to streaming on February 5, 2018.

Upon his return, fans were left wondering about the current state of their relationship. In a subsequent video, he speaks candidly about the topic, stating that he and his wife are currently in the middle of rebuilding their marriage and that they have faced many “ups and downs” over the past months. Careful not to divulge too much information, he left it at that and returned to gaming.

Since then, he has uploaded numerous videos to his channel, all of which have received over 100,000 views. As usual, his content focuses on various games such as Call of Duty, Fortnight, and Battleground Fortnight. While he doesn’t follow a strict uploading schedule per se, he has been updating his channel a few days a week for the past couple of months.

As of July 2018, Dr DisRespect has earned more than 483,000 subscribers, with over 16.6 million combined views across his channel. In fact, most of his top content were uploaded within this year—some of these include Shroud & Dr DisRespect Showing How It’s Done at Dreamhack (1.1 million views), He’s Back (778,000 views), Dr DisRespect Plays Radical Heights (540,000 views) and What Pure Domination Looks Like (419,000 views).

Rising in popularity as we speak (despite his recent infidelity case), he won two accolades so far—a Esports Industry Awards for Streamer of the Year and a The Game Awards for Trending Gamer.

In addition to YouTube, the gamer is also active on other social media platforms such as Twitch, Twitter, and Instagram. In fact, he has well over 2 million followers on the streaming platform as of 2018!

Born on March 10, 1982, Guy Beahm aka Dr DisRespect went to California State Polytechnic University, from which he graduated in 2005. Allegedly, his Dr DisRespect character stems back to when he used to play Halo 2 on the Xbox.

In 2010, he and his roommates began to post videos to YouTube. Their first upload, a gameplay clip of Call of Duty: Modern Warfare 3, was posted on January 11th, 2010. From there, he made several guest appearances in the gaming channel Machinate, before going inactive in late 2011. At the time, he had been working as a community manager at Sledgehammer Games, a popular video game developer based in Foster City, California. During that time, he occasionally broadcasted content on Justin.tv.

Ultimately, it wasn’t until four years later in 2015, that he returned to full-time gaming. Going back to YouTube, he began to build up a following by uploading videos of game titles such as PlayerUnknown’s Battlegrounds and H1Z1. Before he knew it, he had gained over a hundred thousand subscribers on the site. Fast forward to 2018, and this figure has leaped up to 480,000 (and counting).

Aside from YouTube, the gamer has also built himself a reputation on Twitch, where he has over 2.4 million followers.

Last December, it was announced that Dr DisRespect would be taking a hiatus from gaming to attend to his marriage, as he had allegedly cheated on his wife. In the end, he was gone from social media for two months—he later returned to YouTube and Twitch in February 2018.

As far as their relationship goes, he and his wife are currently working on rebuilding the process, according to his return video.