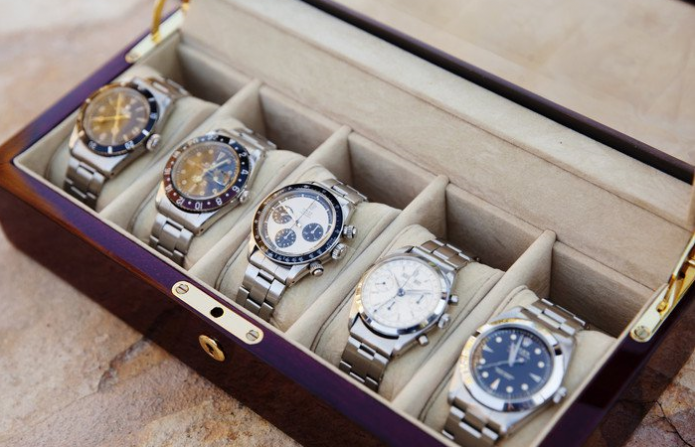 Everyone’s heard of Rolex, the world-famous watch company. Rolex was founded a little over a hundred years ago by Alfred Davis and Hans Wilsdorf. Since then, the company grew and became a standalone symbol of luxury. In other words, they have become very, very expensive. Everyone knows that Rolexes are the world’s most renowned and most expensive watches in the whole world. But not many people know how expensive they can get. Today we’re taking a look at the creme de la creme of the luxury watches. Let’s take a look at the top 10 most expensive Rolex watches ever sold! 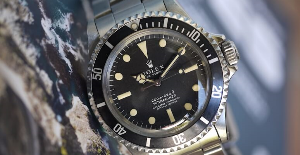 In 2009, an auction hosted by Antiquorum offered Steve McQueen’s 1967 Rolex Submariner for sale. McQueen bought the watch sometimes in the sixties when its price was around $250. That’s quite a return on investment considering that it was sold it 2009 for $234,000. A regular Submariner 1967 costs around $13,000 nowadays, but the deadly combination of a Rolex watch and McQueen’s name managed to enter as the 10th spot on our list. 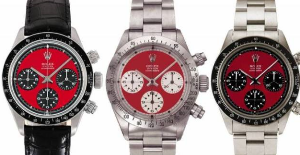 One of the most unusual Rolex models is the Ferrari Red Rolex Daytona, which features the car maker’s colors on it. This particular one, sold for $267,203, belonged to Paul Newman. Similarly to the previous entry, the combo of a legendary Rolex watch and the famous actor who wore it managed to fetch quite a price for this Rolex Daytona. 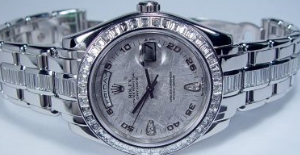 The limited edition Rolex Platinum Diamond Pearlmaster was released in 2011 with a retail price of $277,850. The price has since dropped, and you can actually buy one if you’re interested, for the affordable price of $230,000 (in this context the word ‘affordable’ varies quite a bit). If you do buy one, here are some facts that you can brag about to your friends; the watch’s dial is made of meteorite diamond, while the bezel shines so beautifully thanks to 42 baguette diamonds inside of it. The price is especially worth it when you consider that overnight shipping from SantBlanc is included in it (yes, really, it states so on the website). Don’t miss out! 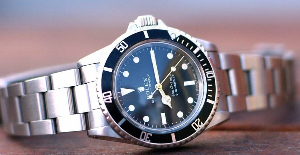 Rolex watches, aside from their price, are known for their reliability and durability. This $365,000 one, however, is completely useless as a watch. But, it doesn’t sacrifice its time-telling abilities for nothing. This Submariner 1972, that was worn by Sir Roger Moore while he was filming the James Bond movie Live and Let Die, is quite a unique Rolex watch. It was modified by Syd Cain (think of Q from the Bond movies) to feature a circular saw which Agent 007 uses to free himself from the ropes in the movie. Sadly, to make the saw a reality, Cain had to remove everything from the watch’s case, so it doesn’t tell the time any longer. It’s basically a movie prop at this point. But it does look very sexy, has a hidden circular saw inside of it, and comes with Moore’s signature. Thus, it was able to sell for $365,000  in 2015. 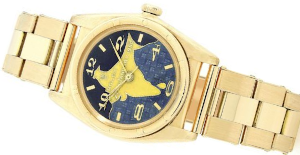 This very special Rolex watch belonged to the first president of India, Dr. Rajendra Prasad. It is made of 18-karat gold and has a map of India on its face (the watch, not Dr. Prasad). The date of India’s constitutional day, Jan 26th, 1950, is also featured on the watch’s face. Sotheby wanted to auction this watch in 2011, predicting that it would reach the price of $444,000, but it appears that we will never know. You see, Prasad’s family intervened, telling the authorities that the watch was stolen from them. So the auction has been postponed. It’s been 7 years since then, so we doubt that this story will ever get its conclusion. 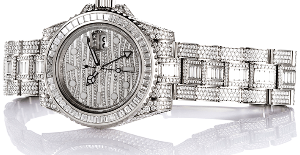 Probably the flashiest Rolex watch of this list is the GMT Master II Ice. Its shine comes from all the white gold and diamonds that cover every part of the watch. The watch was manufactured in 2007 and is the 2nd most expensive “pure-Rolex” watch on this list. Meaning that its value comes from itself and itself only, not the people that have worn it. Owners of this watch are people like Brad Pitt and David Beckham, so they will probably reach the celebrity status as well, sometime in the future. Can you even imagine what their price will be then? 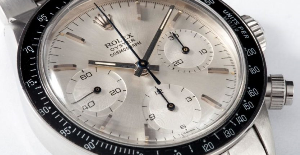 Boom! Just like that, we’ve crossed and passed the $1 million mark. This watch is one of four “Oyster Albino” versions of the Cosmograph Daytona. It basically means that instead of the usual black chronograph totalizers, it has silvered ones. To top it off, it was owned and worn by none other than Eric Clapton. Combine all of those, and you get a watch that sold for $1.4 million in 2015. That was a record-breaking number in 2015, and now it’s ‘only’ the 4th most expensive one. Really makes you think how quickly will this article be outdated. 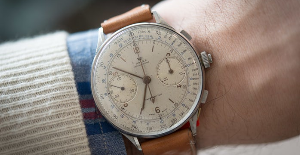 In 2016, a very private auction was held in Geneva. If you were one of the lucky invited ones, you could have feasted your eyes on the largest Rolex watch ever made – the 1942 Rolex Antimagnetique. If you were to buy it, you would have to beat the $2.5 million price it fetched at the same auction. Another thing that contributed to the high price tag was that there are only 12 1942 Antimagnetique in the whole world. So, $2.5 million changed hands, and so did this very unique Rolex watch. Again, it was a record-breaking price at the time… 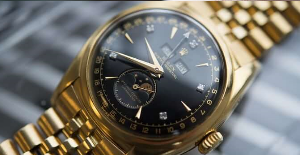 …at least until another Geneva auction beat it. A year after they sold the Antimagnetique, Phillips’ auction put up for sale this unicorn of a watch. This Rolex was owned by Bao Dai, the 13th (and last) Vietnamese emperor. The watch was sold for $5,062,427, and yet once again, set a record for the most expensive Rolex watch ever sold. So why is it number two on our list? 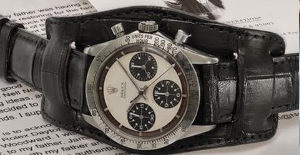 Well, because Paul Newman’s Rolex Cosmograph Daytona, just a few months later, sold for close to $18 million. That’s right, the number one on this list was worth more than all nine other listings combined. Newman got the watch as a gift from his wife, which explains the “Drive Carefully Me” engraving. She bought it for around $200. After wearing the watch for over a decade and a half, Paul Newman gave it to his daughter’s boyfriend, James Cox. From there, it made it to 2017 one way or the other, where it was sold to an anonymous buyer for $17.8 million, becoming the most expensive Rolex watch ever sold!