What Happened to Erik Salitan? – 2018 Update 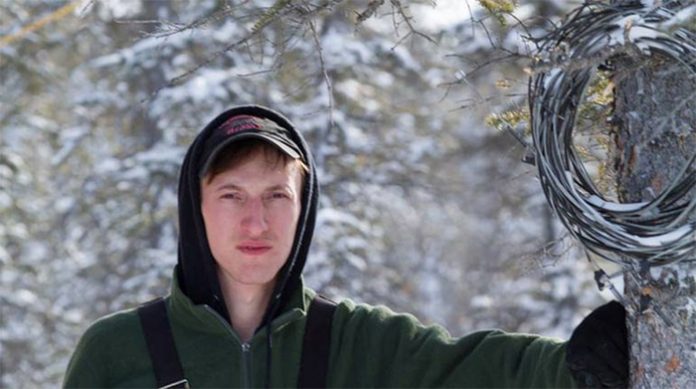 A TV personality, Erik Salitan is best known for his appearances on Life Below Zero—a National Geographic documentary series that follows the lives of living in remote Alaska. Together with his wife Martha, he was introduced in the first season, which premiered in the summer of 2013.

One of the series’ main characters, he had captured the hearts of audience members over the years. Despite this, however, he hasn’t appeared on the show since season eight in 2016. What’s the reasoning behind his departure? What had led him to leave Life Below Zero? What happened to him? What is he up to nowadays? These are some of the questions that we’ll be exploring below.

One of the original cast members, Eric Salitan, and his wife had been a part of Life Below Zero since the show’s premiere in 2013. Native to the Arctic Circle in Wiseman, Alaska, the pair had earned a considerable amount of fans by the end of the first season. With the documentary’s success, they were eventually invited back for the subsequent seasons.

By the mid-2010’s however, the couple had started to be absent from the show. Concerned about their absence, some fans even took to the show’s official Facebook page to inquire about the Alaska native during season six.

To the pleasant surprise of fans, however, Salitan and his wife eventually returned for the seventh season, which aired in 2016. That year, the couple appeared in three episodes—“Under the Gun”, “Lost in the Wild”, and “Renegades of the Arctic.” As quickly as they came back, however, they soon left the show once again. As it turns out, their final appearance was in that of “Renegades of the Arctic”, which aired on December 27, 2016.

Since then, neither Salitan nor his wife has been featured on the documentary. In fact, according to IMDb, they haven’t returned to television at all since. Why did they choose to leave Life Below Zero?

According to reports, one of the reasons why the couple chose to leave the show was to spend more time with their family. A father of one, Salitan has an eight-year-old son named Lucas, who currently attends school in Alaska.

In addition to spending time with his son, he’s also kept busy with his businesses. For instance, he is the owner of Bushwack Alaska Guiding & Outfitting, a company that offers a number of hunting tours in the Alaskan wilderness. According to their official website, they will soon be offering Dall Sheep, Brown Bear, Grizzly Bear, Moose, and Caribou hunts later this summer. For more details, you can visit their official page here.

On top of that, he and his wife also operate the Talarik Creek Lodge, a cottage that offers tourists a picturesque view of Lake Iliamna in the epicenter of Alaska. For more information on the lodge, you can visit its official website here.

Erik Salitan is perhaps best known for his appearances on the documentary series, Life Below Zero. Hailing from Wiseman, Alaska, he and his wife Martha were first introduced in the first season, which premiered on the National Geographic Channel in 2013. Popular among viewers, the couple appeared on and off for the next few seasons, before leaving the show in 2016. For now, it’s unknown whether or not they will be returning sometime in the near future (they had previously taken a break from the series in 2015).

An avid hunter, Salitan spends many hours hunting, trapping, and fishing in the Alaskan bush. A registered guide, he runs a company called Buckwhack Alaska Guiding & Outfitting through which he offers tourists various wilderness hunting tours. As of 2018, he splits his time between his home in Wiseman, Alaska, and the Alaska Peninsula.

Unfortunately, the former TV personality is not active on social media at this time.

About the Documentary – Life Below Zero

Premiered on the National Geographic Chanel on May 19, 2013, Life Below Zero follows the daily lives of several hunters in the remote regions of Alaska. As implied by the show’s name, most of the main cast members live in areas where the temperature is constantly below zero. Aside from Erik Salitan and his wife, some of the other featured characters include Sue Aikens, Glenn Villeneuve, Jessie Holmes, Chip and Agnes Hailstone, and Andy Bassich.

Well received by viewers and critics, the documentary series has won several accolades including two Primetime Emmy Awards for the categories of Outstanding Cinematography for a Reality Program and Outstanding Picture Editing for an Unstructured Reality Program.

As of 2018, the show is currently on its ninth season. As mentioned earlier, however, Eric Salitan and his wife have not appeared in the title since 2016. At this point in time, it’s unknown whether or not the couple will be returning sometime in the near future.