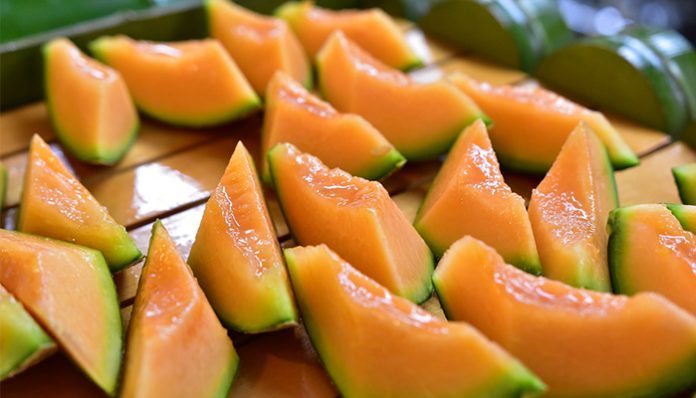 Nature’s candy, fruits are both delicious and nutritious. Packed full of vitamins, they are an important part of a healthy, balanced diet. Naturally low in calories, sodium and fat, they offer a number of health benefits—one of which includes a reduced risk of chronic disease.

Apples, oranges, bananas—these are some of the most common fruits that are available year round. Extremely affordable, they can easily be purchased at any grocery store. Not all fruits are cheap, however, for there are some that can easily set you back a few hundreds of dollars. That’s right, some can be as expensive as a brand new TV!

What are these expensive fruits? What makes them so pricey? For those who are curious, we’ll be going over ten of these fruits below! 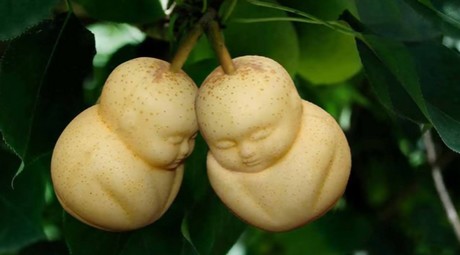 Cultivated in China, these special pears bear a striking similarity to the Buddha statue. First available in 2009, these fruits are carefully grown inside a Buddha-shaped mold, which allows for the pear to retain the unique shape. Allegedly, a Chinese farmer named Gao Xianzhang spent years perfecting the pear-growing technique, which was inspired by a Chinese myth, before putting it on the market.

Incredibly popular in Asia, these bizarre creations tend to fly off the shelves during the Lunar New Year season. For those who’d like to have a taste of these sweet treats, they can be purchased from certain websites online. Fortunately, they won’t break the bank too much as they typically go for $9 each. 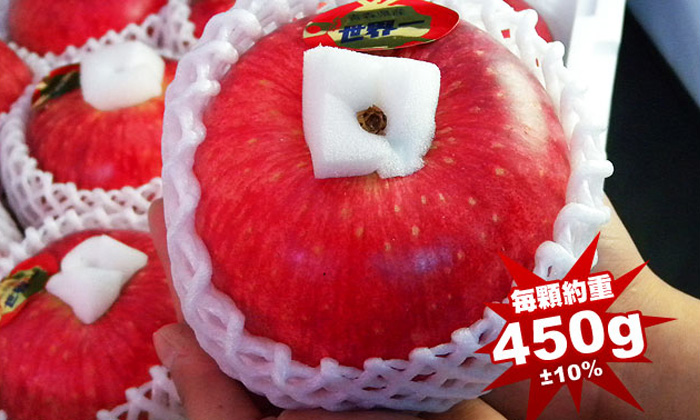 Bred in Japan, these species of apples—a cross between the “Golden Delicious” and the “Red Delicious”—has been available since the early 1970’s. Often regarded as the most expensive variety of apple in the world, its name translates to “World’s Number One” in English. A pale pink/red color, these fruits are incredibly big in that they have an average circumference of 12 to 18 inches and can easily weight up to two pounds!

Known for its juicy, sweet flesh, the fruit is typically available late in the season in October. If you’re lucky, you might be able to find this apple in luxury fruit parlours in Japan. 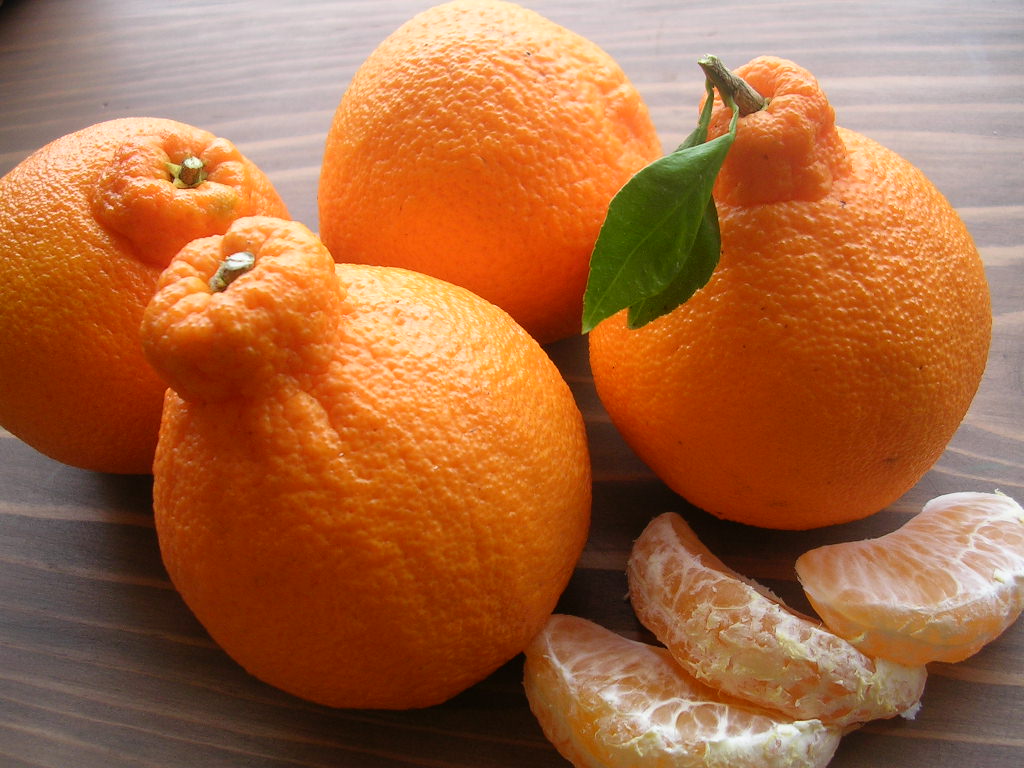 The size of a softball, the Dekopon Citrus is often considered one of the sweetest oranges in the world. A seedless variety of the Mandarin orange, this unusually large species is grown in large greenhouses in Japan, where they are harvested in spring. After harvesting, the fruits are left alone for over a month to allow for the citric acid levels to decease (which makes the orange sweeter). In fact, only those with a citric level of 1% can be sold with the Dekopon name. For a pack of six, you’ll have to pay $80. 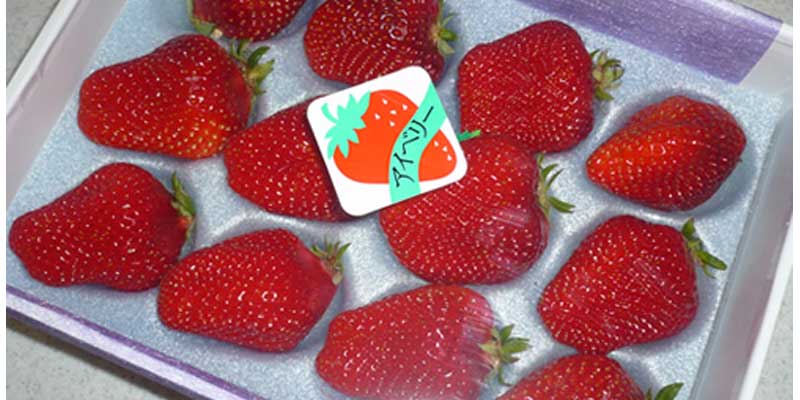 Red all the way through, Sembikiya Queen Strawberries are named after a venerable fruit shop in Tokyo, Japan. Hand selected, each fruit is strikingly similar in that they are all red, with a perfectly shaped leaf at the top. Not only that, but its pure wide seeds can be clearly seen through the skin. Incredibly sweet—more so than your average strawberry, these fruits can only be enjoyed in Japan.

Available in boxes of 12, each pack of strawberries sells for approximately $85. Compared to the average strawberries that you can buy from your local supermarket for a few dollars, these are definitely of a different grading! 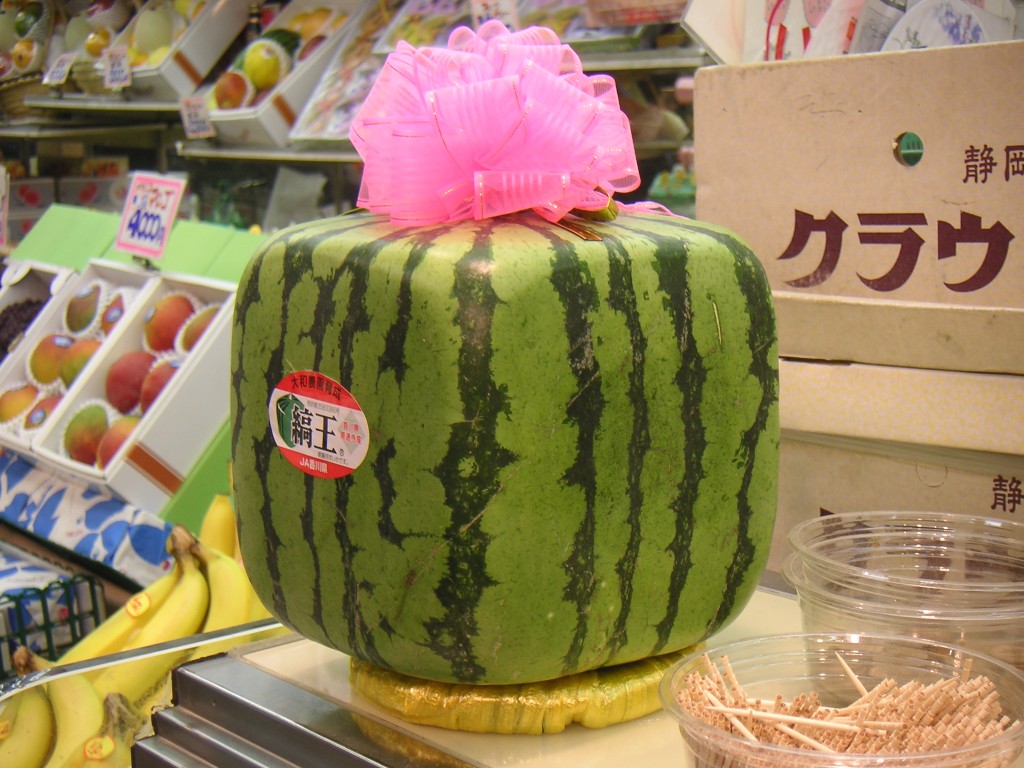 Produced in Japan (starting to see a pattern?), the square watermelon is unique in that, as its name implies, it bears a square shape. Carefully grown in a box-shaped mold, they end up retaining the shape as a mature fruit. For many years, the square watermelon was only available in Japan—it wasn’t until 2014, that they started to be exported to other countries.

A prized item, one of these watermelons can cost up to $800 each. Interestingly enough, those who purchase the fruit tend not to eat it; instead, they display it in their house as a decoration piece. 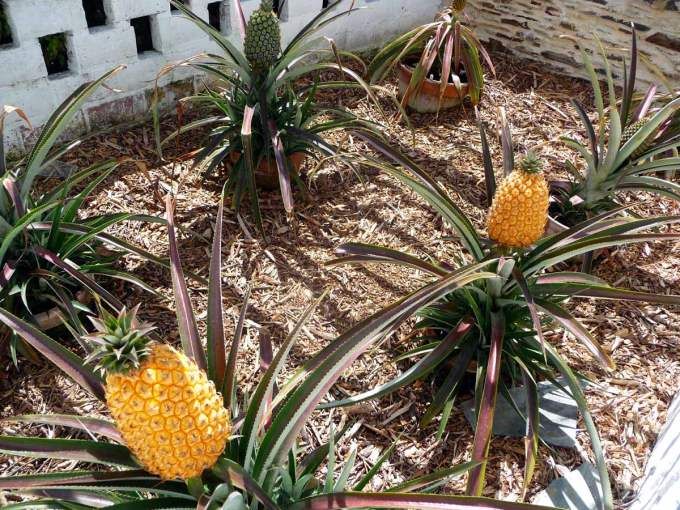 Native to the United Kingdom, these pineapples are only available from a world-renowned garden called The Lost Gardens of Heligan. Grown in a Victoria-style greenhouse, these pineapples are unique in that they are nurtured in a mixture of mud and rotting manure for a period of two years. Despite being so highly valued, however, they’re not often sold to the public. The last time that it did, however, it fetched over $1,600! 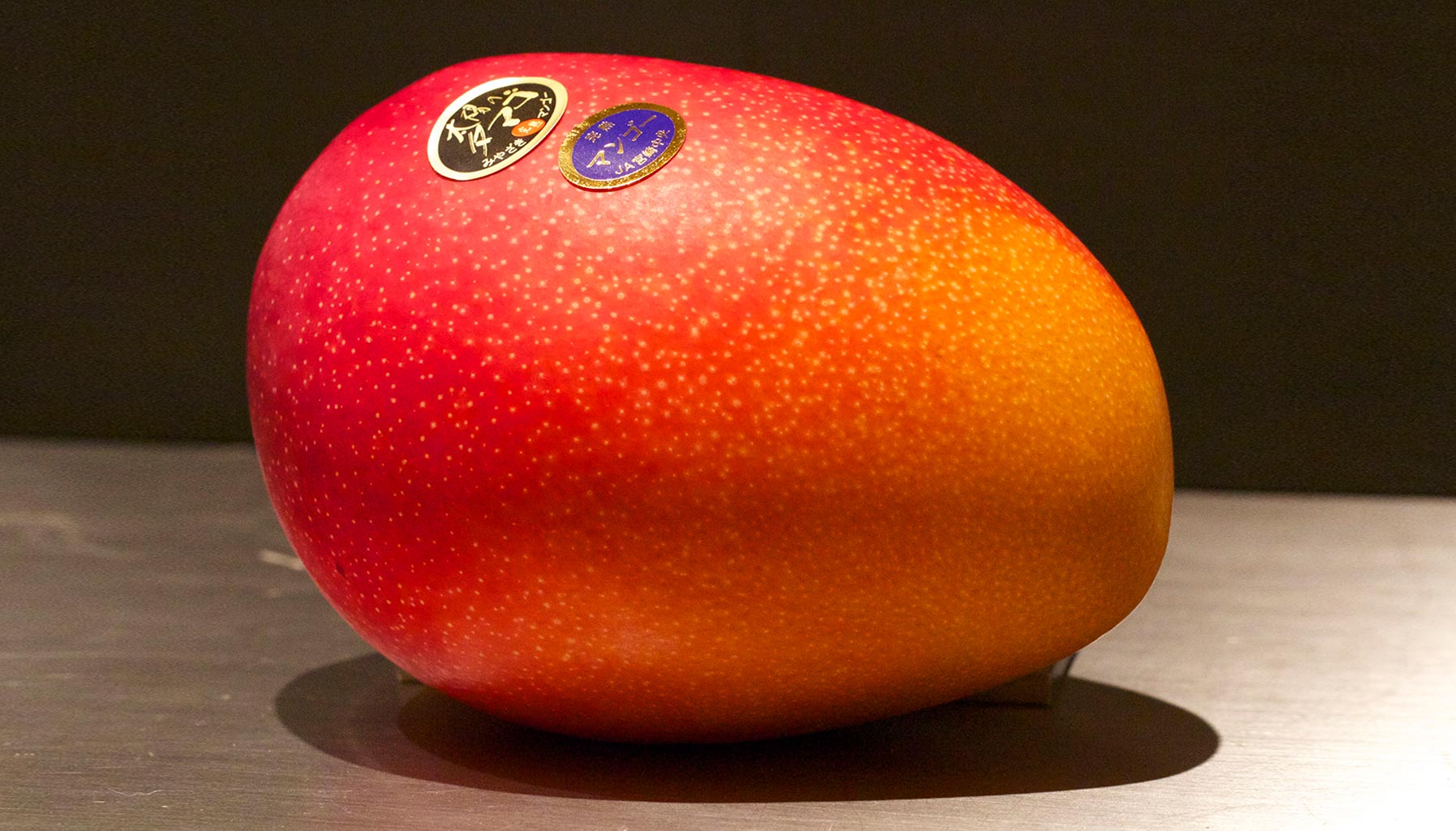 Grown in Japan, the name of these highly-prized mangos translate to “Eggs of the Sun” in Japan—likely for their egg-like shape. A vibrant red color, these fruits are exceptionally sweet, with a soft, melt-in-your-mouth texture.

As you can probably guess from its hefty price tag, a lot of work goes into growing these fruits. Placed in a specialized net, each mango is made sure to receive adequate sunlight at all angles. To ensure optimal ripeness, they are also allowed to fall from the tree naturally (the net acts as a cushion), as opposed to being picked manually.

Available a few times a year in Japan, the first harvest is typically auctioned off (the high-quality mango is commonly given as a gift). At one point, a pair of these mangos sold for $3,000—that’s $1,500 for a single fruit! 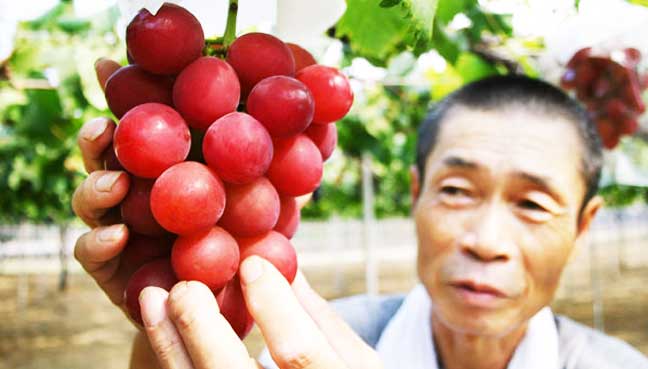 Grown exclusively in the Ishikawa Prefecture in Japan, Ruby Roman Grapes are unique in that each red -colored fruit is the size of a ping-pong ball. A new variety of premium grapes, they are said to be one of the most expensive varieties of grapes in the world. In 2015, a bunch of these grapes was sold for 1.1 million yen (approximately $8,400) at a wholesale market in Kanazawa!

Like most premium fruits, there are strict rules in place for selling. For instance, each grape must contain more than 18% sugar and weigh over 20 grams. 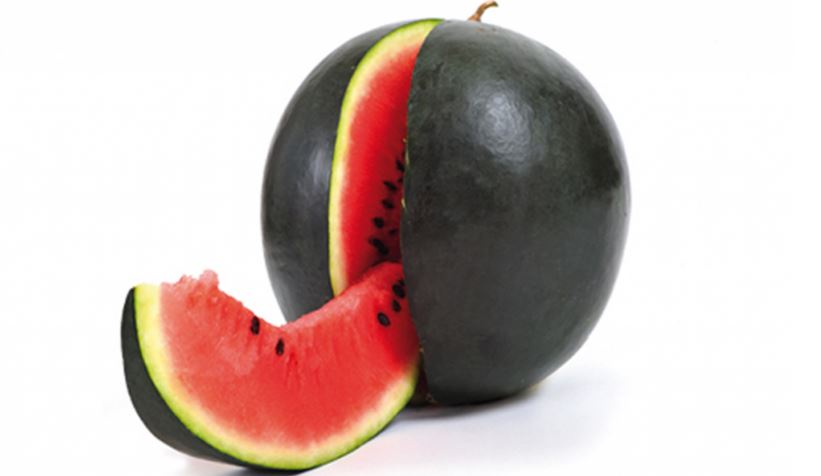 Similar to the square-shaped watermelon mentioned above, this unique melon is also a product of Japan. Grown in the northern island of Hokkaido, the Densuke Watermelon is unique in that it has an abnormally dark rind—almost black—one that is free of stripes and spots.

The differences between the Densuke and the typical watermelon doesn’t stop there—for it’s also significantly bigger. More specifically, a Densuke watermelon can easily weigh over 20 pounds—that’s more than twice as big as the average melon! Highly valued for the sweet taste and crispy texture, only 100 of these watermelons are available on the first day of harvest. In 2008, one of the first harvested fruits was sold for around $6,000 in an auction.

While it’s typically only available in Japan, these bowling ball-like watermelons were once made available in Toronto in 2014. 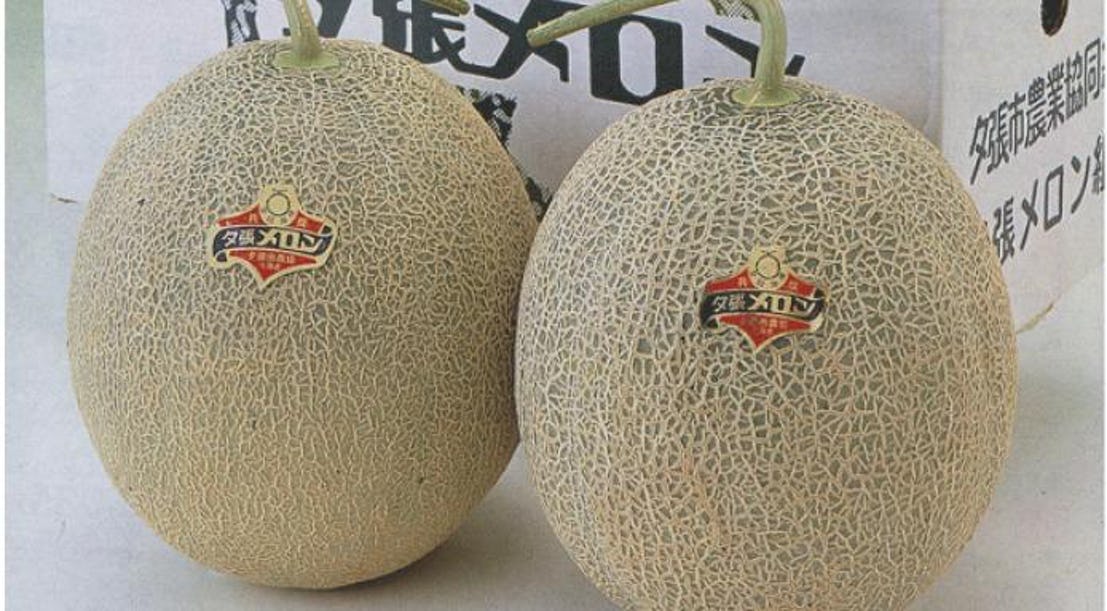 The king of all fruits, the Yubari Melon is a premium cantaloupe that is grown in specialized greenhouses in Hokkaido. A hybrid of two cantaloupe species, they are extremely sweet with a special fragrance. Labor-extensive to grow, the top grade melons must not only have a perfectly round shape but a smooth rind as well. On the top, a portion of the stem is also left for aesthetic appeal.

Which of the above fruits are you the most curious to try? Let us know in the comments below!