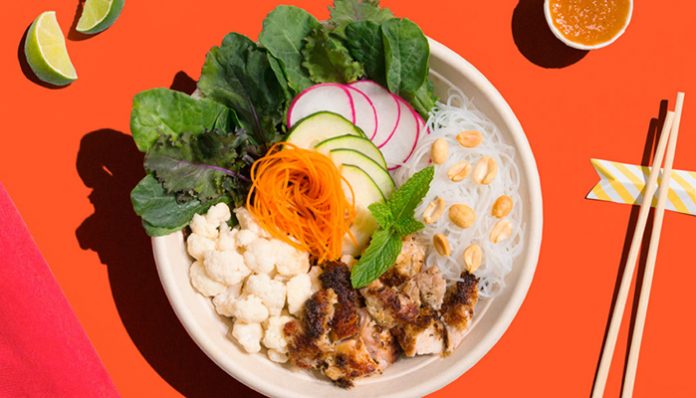 A chain of healthy fast-food restaurants, Everytable offers a variety of healthy, made-from-scratch meals at each of their locations—two-thirds of which are in food deserts, that is, cities in which healthy food options are few and far between. Ultimately, the goal is to make healthy, nutritious food more accessible to everyone.

The brainchild of Sam Polk and David Foster, Everytable was inspired by Groceryships, a non-profit that addressed food-related health problems in Southern LA, which the former had founded in 2013. After hearing from many parents in the program that they often had no choice but to buy fast food on-the-go in between taking care of their kids and working, they saw an opportunity to create a new, healthy yet affordable alternative.

Leaving their day jobs, the two soon began to work on a new business model—one that would allow them to price meals according to the neighborhoods that the restaurant is in. With the use of commissary kitchens and small grab-and-go storefronts, they were eventually able to do just that. In 2015, they opened their first location in Southern LA—in the same area that Groceryships operated.

Unlike any other restaurant, their concept allowed customers to easily walk in and buy ready-to-go meals, all of which are prepared by professional chefs, some of whom have worked at the city’s finest restaurants. After purchasing the food, they can either choose to take it home or microwave it at the store. Regardless, each of the meals is a much healthier option, compared to traditional fast food.

More successful than they had anticipated, it wasn’t long before the positive reviews started to pour in. Within a year, the company’s success had allowed them to open up a second location in downtown LA.

Fast forward a few months, and it was announced Everytable would be featured on ABC’s hit show, Shark Tank. The episode eventually aired on January 28, 2018. 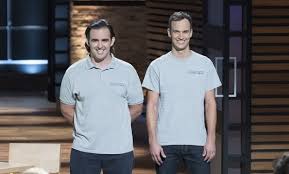 Stepping into the tank, Scott and Sam introduce themselves as the founder of Everytable. Thrilled to be on the show, they tell the sharks that they’re seeking $1 million in exchange for 5% of their company.

Continuing, Scott says that the company is a grab-and-go concept, one that aims to make healthy food accessible for everyone. Despite the fact that the demand for healthy food has exploded, he explains, it’s hard for individuals to afford its high prices. Elaborating, he says that it is even worse in areas known as “food deserts”, where people have no access to healthy options at all.

Commenting that healthy food is a human right, Sam goes on to tell them that world-class chefs prepare healthy and delicious meals at their central kitchen every morning, which are then packaged and sent to their stores. As the camera pans to the products beside them, the founder lists a few examples off of his head including—kale chicken caesar salads, vegan miso grain bowls and Jamaican chicken with coconut and beans. 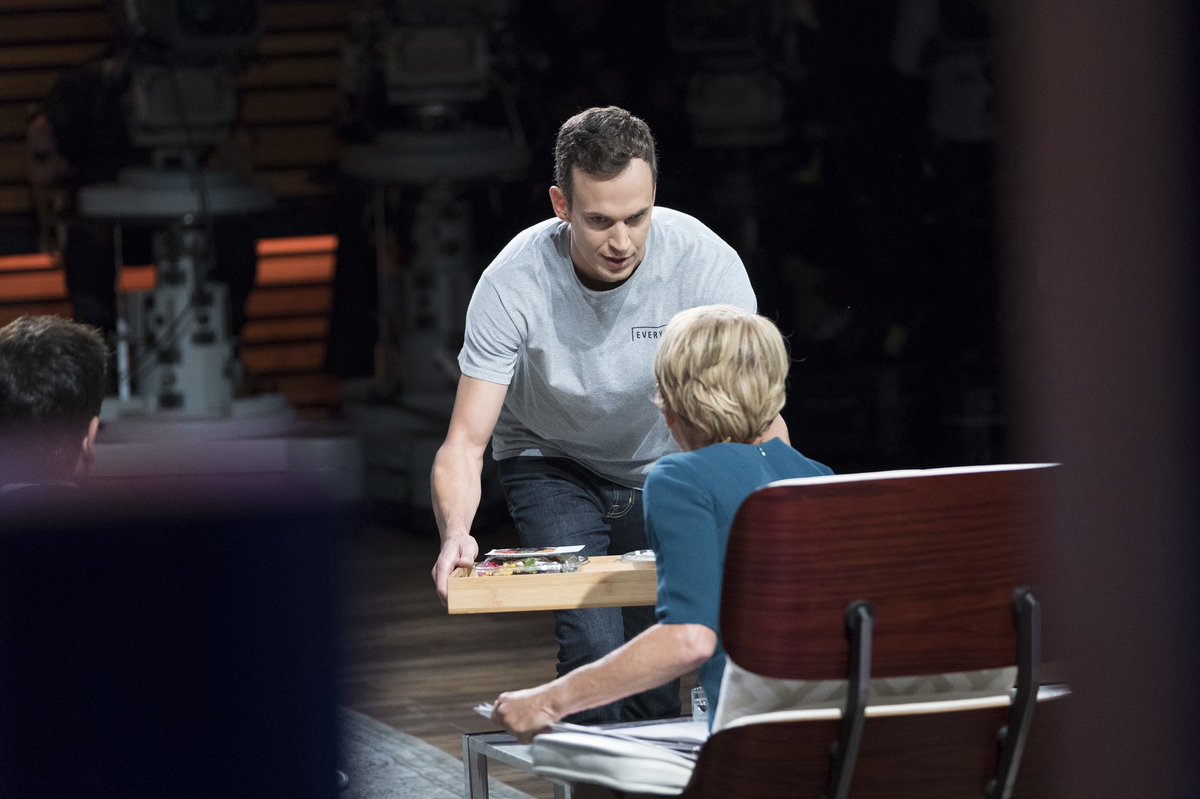 Explaining further, the founders highlight that centralized production allows for incredible efficiency at the kitchen, which allows their restaurants to operate at low costs. As a few photos of their locations are shown on the screen, they tell the sharks that they have restaurants in both affluent and food desert communities. To ensure that their meals are affordable to everyone, he says, the prices are varied based on what the neighborhoods can afford.

With that, the founders ask whether or not the sharks would like to try some food, to which they all enthusiastically reply “yes.” Seconds later, they serve each of them their own dish—some of which they had mentioned earlier. Commenting that the food is delicious, Rohan is quick to express his interest in the company—especially in how they vary the pricing in different neighborhoods.

Noting that he had missed that part, Mark asks Scott and Sam to go over the idea again, to which they tell him that the prices are set according to how affluent the communities are. Giving an example, Sam states that one of these meals sell for $7 or $8 in areas such as Santa Monica and Downtown, and for $4 to $5 in “food desert” areas such as Southern LA, and Baldwin Hills. Adding to that, he explains that each of their restaurants is profitable, though in different ways. 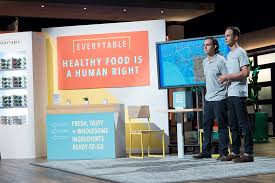 Unfamiliar with the concept of “food deserts,” Barbara asks for an explanation seconds later. Gesturing toward a map that is displayed on the television, the founders state that the capital income is relatively high in areas such as Beverly Hills and Santa Monica, while it’s low in other regions such as South Los Angeles and Watts. Pointing out the latter area, which is highlighted in orange, he explains that they are “left out of a functional, healthy food system.”

Curious, Barbara wonders why there isn’t any healthy food being pumped into the deserts. Answering, Sam explains that it’s much easier for fast food chains to be in the area, as their prices are cheap and affordable, despite it not being the most nutritious. Elaborating, he says that it’s difficult for healthy food restaurants to establish themselves in such locations unless the business is structured from the beginning—like Everytable.

Next, the attention goes to Rohan, who asks the founders to justify their company’s $20 million valuation. Deciding to tell him a bit about their fundraising history, Sam states that they had raised a seed round of $2.9 million on a convertible note, after which they raised another $2 million. Continuing where he left off, Scott reveals that their first location in South LA has already made $650,000 in revenue. As for their other five locations, which have since been opened, he tells them that their run rate is about $2.6 million.

Telling the sharks that they’re currently borrowing money, Scott subsequently divulges that their current burn rate is about $125,000 a month. From there, he shares that each meal costs about $2.50 to $3 “all in” to make, which leaves a 40-50% profit margin, even in the food desert areas, where they sell for $5 to $6.

With that out of their way, Lori asks them to talk a bit about themselves. The first to talk, Sam explains that he had worked his way up to being a senior trader by the time he was thirty. After the crash of 2008-09 however, he tells them that he had started to “shift his vision of success.” From there, he left his job and started a non-profit called Groceryships, which aims to help those living in food deserts. Glancing at Sam, he also explains that they had met through the non-profit.

As the attention goes to the panel of sharks, Barbara begins to speak—while she “admires their mission” she states, he ultimately chooses to drop out. Next, Robert expresses how impressed he is with what they’ve managed to accomplish so far in one year. Commenting that there’s no room for error with their $20 million valuation, however, he soon also drops out. With that, Scott and Sam are left with three sharks.

As the founders look on, Lori begins to talk. While she’s all for their mission, however, she points out that they are missing some things that she was looking for such as “creativity, drive, fire and marketing.” Because of that, she also tells them that she’s out.

Almost immediately, Mark begins to talk. Though he also believes that their mission is “awesome,” he comments that they’d need to generate $20 million in profits before he gets any return on his investment. Having explained himself, he too, drops out, leaving just Kevin and Rohan left.

As the founders nod in acknowledgment, Rohan reminds them that their valuation should be more in line “with what the market is”. Valuating their company at $7.5 million, he eventually gives them an offer of $1 million for a 13.3% stake. Stating that it’s hard to work with, Scott goes on to make the shark a counteroffer—$1 million for 5.5% equity, which works out to be an $18 million valuation. To their dismay, however, Rohan is unwilling to accept anything lower than 13.3%. 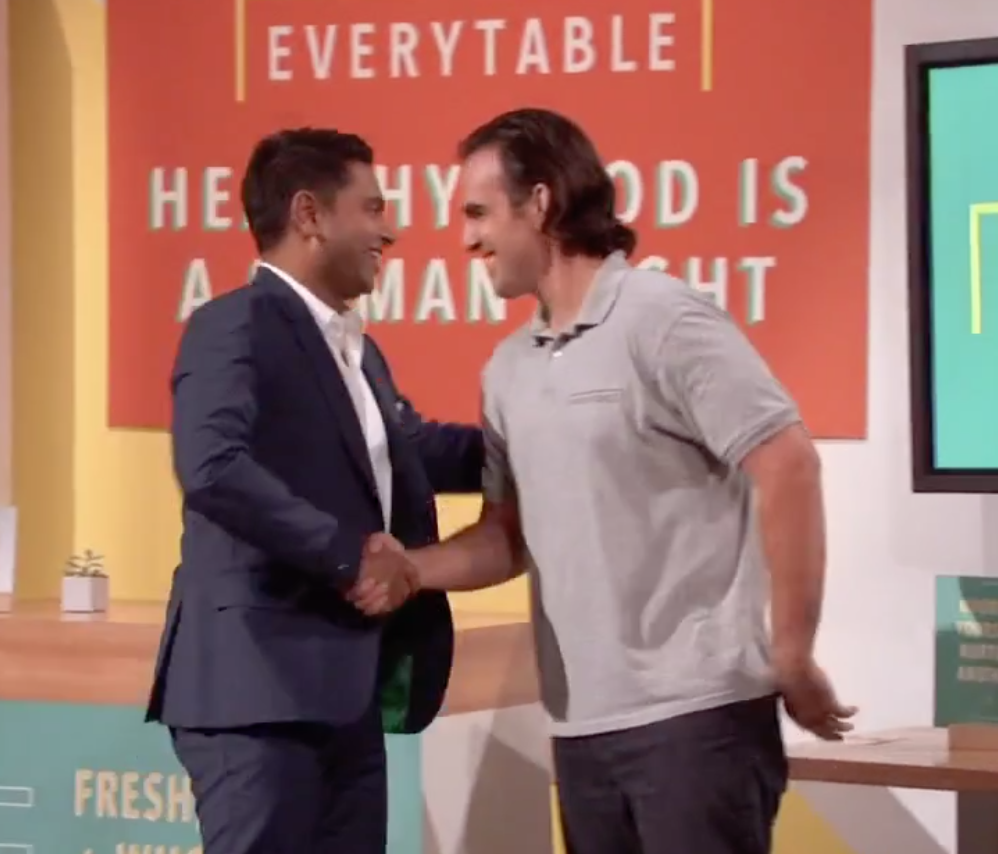 Revealing to the shark that they had always wanted to work with him, Sam proceeds to make one final counteroffer, one that they had agreed to prior to the show. Continuing, Scott goes on to say their final offer—$1 million for a 6.7% stake, for a $15 million valuation. While Rohan doesn’t agree to that, he does make them one last counter offer—$1 million or a 10% stake.

Asked to make a decision, the founders talk among themselves briefly, before telling him that they’ll do it. With that, Rohan steps up for a handshake, after which the two begin to walk backstage.

EveryTable in 2018 – The After Shark Tank Update

Since their appearance on Shark Tank, several months have passed. What are they up to today?

Not long after walking away with a $1 million investment, Everytable launched a crowdfunding campaign, in efforts to further their mission of making healthy food, accessible and affordable to all. With the publicity that they gained on the show, they quickly raised 30% of their goal within just three days. By the end of January 2018, they had already raised $25,000—which was half of their goal.

As the company received more and press, the money came rolling in. On February 2, 2018, just eight days after the launch of the campaign, they had reached their goal. To their pleasant surprise, however, the funds continued to come in—by early March, Everytable had raised 200% of their goal, with the support of hundreds of fans.

By the time the campaign ended on April 2, 2018, they had successfully raised $291,268, which is over 580% of their initial goal. Blown away by the support, Everytable has already announced that they are anticipating major growth throughout the rest of the year.

As if that wasn’t impressive enough, the company later also received a $5.3 million investment from a group of big-name investors including the TOMS Social Enterprise Fund, Kimbal Musk, the brother of Elon Musk, the CEO of Tesla, Acumen. Since then, they’ve also landed another $10 million investment, according to one of their Facebook posts.

Earlier this month, Everytable was featured in an article written by CNBC. In the post, a number of things were discussed including the company’s background, business model, and operations. Not only that, but Acumen’s Markeze Bryant—one of their recent investors, also chimed in with good words about the company. For those who are interested, the post can be read here.

Just a few days afterward, it was reported by Fast Casual that Everytable had actually dropped their prices in lower-income areas.

Will we be seeing Scott and Sam back on Shark Tank anytime soon? Unfortunately, it’s hard to say at this point in time—it might just be a while before the two come back to the show for an update!