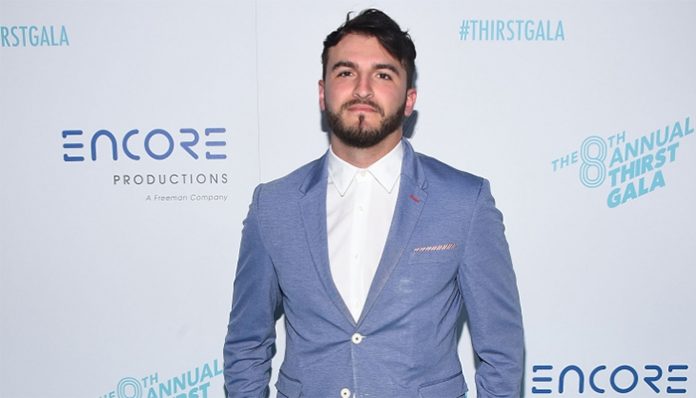 A social media star, Zane Hijazi initially rose to fame for his six-second clips on the mobile platform Vine. Since the app shut down, he and his video partner Heath Hussar has continued to share their content on YouTube. Popular among viewers, they have amassed more than 2.1 million subscribers as of 2018.

In addition to his YouTube career, the twenty-something has also dabbled in acting. For instance, he has appeared in the titles 1 Minute Horror, Average Joe, FML, and Cringeworthy. Last year, he was also invited onto the talk show, Apologies in Advance with Andrea Russett.

How much has the 25-year-old pulled in from his online ventures? How lucrative is his YouTube channel? Is it accurate to say that most of his income comes from his videos? How rich is he? To answer this question, it’s said that Zane Hijazi’s current net worth stands at around $1.5 million.

How did Zane Hijazi Make His Money & Wealth?

Born on November 18, 1992, in Miami, Florida, Zane Hijazi went to Broward College, where he received a degree in Hospitality and Management. After graduating, he worked as a travel director, managing events for various hotels and airports across Florida. Ultimately, it was by chance that he ventured into the world of social media in the early 2010’s.

Like many internet celebrities, he got his start on Vine, where he and his good friend Heath Hussar became known for his six-second clips. Before they knew it, their work had gained them thousands of followers on the mobile platform.

Around that same time, the pair also decided to start a YouTube channel called Zane and Heath. Launched on August 25, 2012, they quickly filled it with content such as vlogs and comedy videos. Unfortunately, however, most of their early uploads have since been removed from their channel.

Today, most of Hijazi’s videos receive hundreds of thousands, if not millions of views. For those who’d like to tune in, he posts new content every Wednesday- so be sure to subscribe!

In terms of how much he earns from the site, it’s obvious that his videos pull in a decent amount of earnings, considering the number of views that they receive (assuming that they are all monetized). According to sources such as NailBuzz, the YouTuber earns upwards of $700 a day from ad revenue. Doing the math, this means that he easily makes ~six digits within a year.

As far as other projects go, he has also acted on a few occasions. For instance, he played a supporting role in the comedy film, FML which starred several other YouTubers such as Liza Koshy, Andrew Daly, and Busy Philipps. Some of his other acting credits include Average Joe, 1 Minute Horror and The Pizza Guy.

No, as far as we know, Zane Hijazi is not married. We do not have any details on his dating life at this time.

Does Zane Hijazi Have Any Children?

No, Zane Hijazi does not have any children.

Did Zane Hijazi Go to College?

Yes, he went to Broward College, where he studied Hospitality and Management.

What is Zane Hijazi Famous For?

Zane Hijazi initially rose to fame for his Vine videos in the early 2010’s. Since then, he has also made himself known on Youtube, with over 2 million subscribers.

As far as we know, Zane Hijazi currently lives in Miami, Florida. We do not have any pictures of his house at this time.

What Kind of Car Does Zane Hijazi Drive?

Details regarding his vehicle are not available at this time.

How Much Money Did Zane Hijazi Make Last Year?

Over the past year, he has added dozens of videos to his YouTube channel. Aside from his activity on the site, he also made an appearance in the talk show Apologies in Advance with Andrea Russett in 2017.

Want to keep up with the YouTube star? If so, be sure to follow him on social media- you can find Zane Hijazi on  Instagram and Twitter at @Zane. On Facebook, he also has an official fan page which you can check out here.