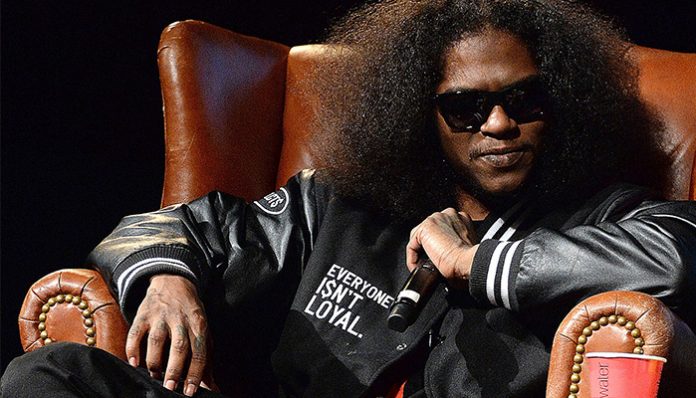 A hip-hop artist from Carson, California, Ab-Soul rose to fame as a member of the supergroup Black Hippy in the late 2000’s. Over the years, they have appeared in numerous tracks together including Welcome to C4, I Do It 4 Hip Hop, The Recipe (Remix), Vice City, and Swimming Pools (Remix).

In terms of his solo efforts, he has dropped four studio albums so far—Longterm Mentality, These Days…, Control System, and Do What Thou Wilt, all of which have charted in the U.S. Some of his most popular songs include Terrorist Threats, Smoke Again (with Chance The Rapper), and Illuminate.

How lucrative is his music career? How much has he made from his records? How well-off is he? According to various sites, Ab Soul’s current net worth is around $800,000. Did he earn the majority of this from his albums and singles? What other ventures is he involved with? Let’s find out.

How did Ab-Soul Make His Money & Wealth?

Born on February 23, 1987, in Los Angeles, California, Ab-Soul spent the first four years of his childhood in Germany, where his father worked in the military. Following his parents’ divorce, he and his mother moved back to the United States, where they stayed with his grandparents. Due to the fact that his family owned a record store, he encountered music at a young age. By the time he was twelve, he had written his first verse.

Ultimately, it wasn’t until he graduated from high school that he started to take rapping more seriously. In 2005, he signed a recording deal with a small label called StreetBeat Entertainment. In the end, he stayed for two years, before moving to Top Dawg Entertainment in 2007. From there, he and his label-mates formed a hip-hop supergroup called Black Hippy.

A few years later, he released his debut album, Longterm Mentality. Complete with over a dozen tracks, it featured guest appearances from several artists including Kendrick Lamar, Jhene Aiko, BJ the Chicago Kid, and Punch, among a few others. Highly acclaimed by critics, it eventually peaked at number 73 on the Top R&B Albums chart in the U.S.

Since then, he has come out with three additional studio albums including Control System, Do What Though Wilt, and These Days…, all of which have charted on the Billboard 200. Well received, they have only boosted his popularity further.

In addition to his solo releases, Ab-Soul has collaborated with many artists throughout his music career such as Schoolboy Q, Bas, Nikki Jean, Danny Brown and Sir Michael Rocks, to name a few.

Considering his popularity as a rapper, it’s likely that he’s earned a considerable amount of income from his albums and singles. On top of that, however, he also pulls in money from putting on shows and concerns. In fact, he had just embarked on his 2017 YMF Tour, which saw him perform at over 30 different cities across North America. As far as we can tell though, he does not have any performances planned for the next few months.

No, he is not married. As far as we can tell, he is currently single—in the past, he dated Alori Joh, who committed suicide in 2012.

Does Ab-Soul Have Any Children?

No, Ab-Soul does not have any children that we know of.

Does Ab-Soul Go to College?

Upon graduating high school, he enrolled at a local community college briefly, before realizing his desire to become a full-time rapper.

What is Ab-Soul Famous For?

Ab-Soul rose to fame with the release of his first studio album, Longterm Mentality in 2011. Since then, his popularity has continued to increase with his subsequent projects.

Where Does Ab-Soul Live now? Pictures of Ab-Soul’s House

According to Ab-Soul’s official Twitter page, he is currently based in Carson, California. We do not have any additional details at this time.

What Kind of Car Does Ab-Soul Drive?

Details on Ab-Soul’s vehicle is not available at this time.

How Much Money Did Ab-Soul Make Last Year?

Unfortunately, we do not have any information on Ab-Soul’ 2017 earnings at this time.

As mentioned earlier, Ab-Soul recently traveled across North America for his 2017 YMF Tour last year, which saw him performing at 36 different cities. In terms of music releases, his latest album, Do What Though Wilt was dropped in 2016.

What’s the hip-hop artist up to when he isn’t in the studio? Find out by following him on social media—you can find him on Twitter at @Abdashsoul or on Instagram at @Souloho3. While you’re at it, you can also show your support on his official Facebook fan page, which you can check out here.