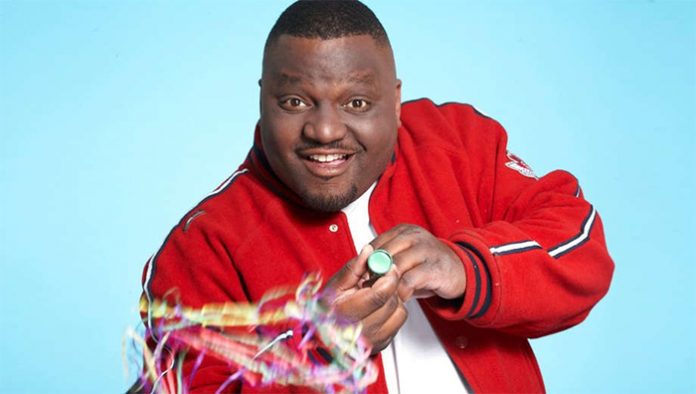 A stand-up comedian, Aries Spears made himself known on Fox’s sketch comedy series MADtv in the late 90’s. Having appeared in nearly 200 episodes, he is one of the longest-serving cast members, only behind Michael McDonald.

In addition to his comedy work, he has acted in over two dozen television and film titles. Some of the TV series that he’s appeared in over the years include South of Sunset, The Proud Family, The Underground, Black Dynamite and The Boondocks. On the big screen, he has also played various roles in Promoted, Hood of Horror, Josie and the Pussy Cats and The Best, among others.

How much was he paid for his work on MADtv? How lucrative is his comedy career? His acting career? Where does he earn most of his income from? How rich is he? According to various sites, Aries Spears’ current net worth is around $8 million. Let’s have a look at some of his achievements below.

How did Aries Spears Make His Money & Wealth?

Born on April 3, 1975, in Chicago, Illinois, Aries Spears spent his early childhood in New York, before moving to New Jersey with his family at the age of eleven. A natural jokester, he eventually began to perform stand-up comedy in his early teens. Before long, he had made himself known in various comedy clubs across New York City.

In the end, he made his television debut in the HBO series, Def Comedy Jam. From there, he appeared on It’s Showtime at the Apollo, before moving to Los Angeles in 1992. Not long afterward, he landed a string of acting roles in the series Soul Train, A Different World, South of Sunset, and The Adventures of Brisco County Jr. In 1994, he made his first big screen appearance in the film, Home of Angels.

A few years later, he received a big break after being cast in Fox’s sketch comedy series, MADtv. Responsible for his rise to fame, the show saw him performing a number of celebrity impressions including those for Jay-Z, Robert De Niro, Snoop Dogg, Eddie Murphy, Arnold Schwarzenegger, among many others. One of the longest-serving cast members on the show, he appeared for nearly 200 episodes, until the end of the tenth season, which wrapped up in 2005. Unfortunately, however, it’s not known how much he made from the series.

Since then, he has been featured in several other programs including Def Comedy Jam, Late Night with Conan O’Brien, The Kevin Nealon Show, Supreme Court of Comedy, and Comics Unleashed, to name a few. Since 2009, he has also made a number of appearances in the comedy series, Laugh Factory.

Aside from comedy, he has also been picking up a number of acting roles over the past several years. For instance, he has played various characters in the series Black Dynamite, The Boondocks, American Dad!, TripTank, and The 5th Quarter. On the big screen, he has also appeared in the films Promoted, Hood of Horror, and The D. According to IMDb, he is currently working on an upcoming movie called Chase.

Does Aries Spears Have Any Children?

Yes, he and his ex-wife have three children together.

Does Aries Spears Go to College?

No, he has not gone to college. In fact, he was expelled from high school at the age of seventeen after getting into a fight during his sophomore year.

What is Aries Spears Famous For?

Aries Spears rose to fame as one of the main cast members on Fox’s MADtv. Since then, he has also made himself known as an actor, with many TV and film credits such as American Dad, TripTank and Black Dynamite.

According to Aries Spears’ official Twitter account, he is currently based in California. Unfortunately, not much else is available on his whereabouts at this time.

What Kind of Car Does Aries Spears Drive?

Details on Aries Spears’ vehicle is not available at this time.

How Much Money Did Aries Spears Make Last Year?

Unfortunately, we do not have any information on Aries Spears’ 2017 earnings at this time.

Most recently, he made an appearance in the mockumentary series, The 5th Quarter earlier this year. According to IMDb, he will be appearing in two upcoming films—Chase and The 420 Movie: Mary & Jane.

What’s the comedian up to? Find out by following him on social media—you can find Aries Spears on Twitter at @AriesSpears and on Instagram at @AriesSpearsOfficial. While you’re at it, don’t forget to like his official Facebook fan page, which you can visit here.