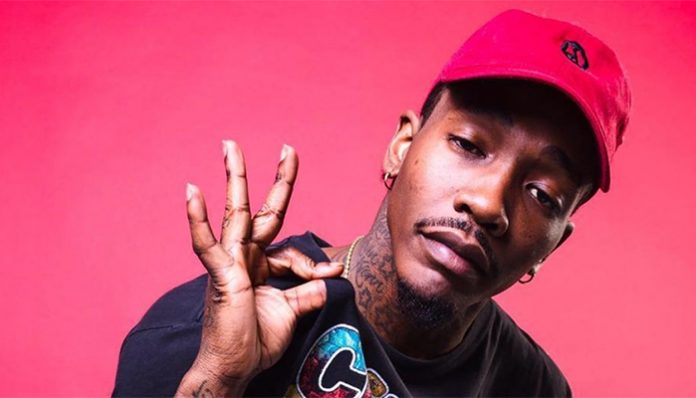 An American rapper, Dizzy Wright has been recording tracks since the early 2010’s. Signing to Funk Volume, he released his debut album, Smokeout Conversations in 2012. Since then, he has come out with a number of additional titles including The Growing Process, State of Mind 2 and The Golden Age 2, to name a few.

In addition to his solo releases, he has done a number of collaborations over the years. For instance, he has worked with the likes of Baeza, Jarren Benton, Phora, Layzie Bone, and Trademark da Skydiver. Earlier this year, he and several other artists also came out with a joint album titled, One Week Notice.

How wealthy is the rapper? How lucrative is his music career? According to various sources, Dizzy Wright’s 2018 net worth stands at approximately $3 million. Does the majority of his income come from his records? What other projects is he involved in? Let’s have a look at this below.

How did Dizzy Wright Make His Money & Wealth?

Born on November 26, 1990, in Flint, Michigan, Dizzy Wright grew up with his siblings in Las Vegas, Nevada, where he began rapping at the age of eight. Thanks to his mother’s job as a concert promoter, he often had the opportunity to attend major award shows such as the BET Awards, where he had the chance to talk with artists such as Boyz II Men, St. Lunatics and Tyrese.

In 2011, he made his debut with the release of his mixtape, Soul Searching’ Next Level. Switching over to Hopsin’s independent label Funk Volume just a year later, he dropped his debut album, Smokeout Conversations in 2012. A relative success, it had peaked on both the Heatseekers Albums and Top R&B Albums charts in the U.S.

Continuing to make himself known in the rap scene, he issued a second album titled, The Growing Process in 2015. A 16-track project, it included guest appearances from Jarren Benton, Krayzie Bone, Hopsin, Tech N9ne, and Big K.R.T., among a few others. Met with positive reviews, it gave rise to three singles—False Reality, Floyd Money Mayweather, and Train Your Mind. To date, nearly 10,000 copies have been sold across the country.

Since then, the artist has come out with two additional studio albums—The Golden Age 2 and State of Mind 2, both of which were released through the Still Moving label. In addition to that, he has also released a few extended plays such as Don’t Tell Me It Can’t Be Done, The 702 EP, and Wisdom and Good Vibes, a couple of which made it onto the music charts. Considering everything, it’s likely that he’s earned a decent amount of income from the above records over the years.

In addition to his solo releases, he has collaborated with many artists over the years including French Montana, Trademark da Skydiver, Phora, Layzie Bone, Demrick, and B-Real. In the past, he has also released a few collaborative EPs such as Brilliant Youth (with Bishop Nehru), Lost in Reality (with Mark Battles) and Blaze With Us (with Demrick).

No, as far as we know, Dizzy Wright is single and not married.

Does Dizzy Wright Have Any Children?

Yes, Dizzy Wright has a daughter named Xhaiden Wright from a previous relationship.

Does Dizzy Wright Go to College?

No, as far as we know, he has not gone to college. Instead, he had chosen to pursue rapping full-time out of high school.

What is  Dizzy Wright Famous For?

Dizzy Wright rose to fame in the early 2010’s with the release of his debut album, SmokeOut Conversations in 2012. Since then, he has come out with several others including The Growing Process, The Golden Age 2, and State of Mind 2.

According to his official Twitter account, he is currently based in Las Vegas, Nevada. We do not have any additional details at this time.

What Kind of Car Does Dizzy Wright Drive?

Details on Dizzy Wright’s vehicle is not available at this time.

How Much Money Did Dizzy Wright Make Last Year?

Unfortunately, we do not have any information on Dizzy Wright’s 2017 earnings at this time.

Earlier this year, he released an album titled, One Week Notice, which is a collaboration with Jarren Benton, Emilio Rojas, Audio Push, Demrick, Reezy, Kat and DJ Hoppa.

What’s the rap artist up to? If you’re a fan of his work, why not follow him on social media? You can find him on Twitter at @DizzyWright or on Instagram at @DizzyHippy. On Facebook, he also has an official fan page that you can check out here.