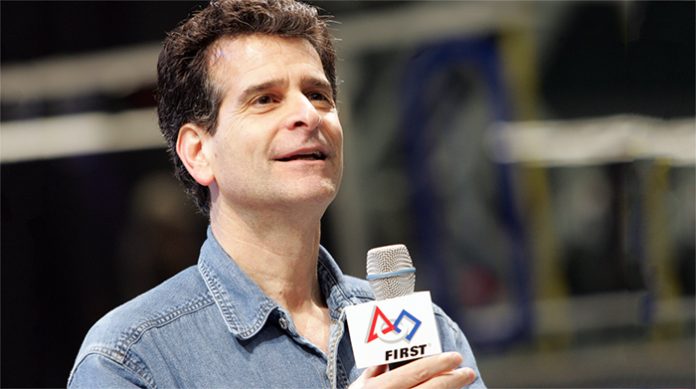 An American inventor, Dean Kamen is best known for inventing the Segway—a self-balancing transporter that was brought to market in 2001. The founder of DEKA, his company also holds patents for the technology used in insulin pumps, portable dialysis machines, and more.

For his contributions, he has won numerous awards including the Lemelson-MIT Prize for inventors, and the ASME Medal, the latter of which is the highest recognition from the American Society of Mechanical Engineers. In 2005, he was also inducted into the National Inventors Hall of Fame.

How wealthy is the inventor? How much has his creations earned him over the years? How successful is his company? According to certain sites, Dean Kamen’s 2018 net worth stands at a staggering $500 million. What does he owe his fortune to? Since we’re here, let’s take a closer look at his career.

How did Dean Kamen Make His Money & Wealth?

Born on April 5, 1951, in Long Island, New York, Dean Kamen was brought up in Rockville Centre, where his father worked as an illustrator for Mad and Weird Science comic books. Growing up, he enjoyed tinkering with gadgets at a young age. Despite the fact that he was curious and bright, his grades in school were average; in fact, he had often found himself at odds with his instructors.

As a teen, he started to sell his inventions—most of which were built in his parents’ basement. Allegedly, his creations had yielded him $60,000 a year by the time he had graduated from high school, which was more than what both of his parents made combined. Continuing his education, he later went to Worcester Polytechnic Institute in Massachusetts. More interested in inventing than classes, however, he soon dropped out to work on the AutoSyringe—a portable device that can be worn by patients for administration of their medication.

In order to sell the device, he founded his own company, AutoSyringe in 1976. Several years later, he sold the invention to Baxter International, which turned him into a multi-millionaire. From there, he relocated to Manchester, New Hampshire, where he founded a new company called DEKA Research and Development. Over the years, he and his team have invented a number of notable gadgets, one of which includes a portable kidney dialysis machine.

In 2001, his popularity peaked further with the release of the Segway. A self-balancing transportation machine, it quickly made waves across the country. To his dismay, however, it had not been quite as successful as he’d predicted—possibly due to the fact that it carries a $5,000 price tag. Nonetheless, it remains to be one of his most well-known inventions to this day.

For his many inventions, Kamen has won a number of awards over the years including the Lemelson-MIT Prize, IRI Achievement Award, and Benjamin Franklin Medal. In 2005, he was also inducted into the National Inventors Hall of Fame, for his work on the AutoSyringe. Most recently, he was given an honorary degree from Universite de Sherbooke.

No, Dean Kamen is not married. At one point in the past, however, he did have a long-term girlfriend.

Does Dean Kamen Have Any Children?

No, Dean Kamen does not have any children.

Does Dean Kamen Go to College?

After graduating high school, Dean Kamen went to Worchester Polytechnic Institute, though he ultimately dropped out prior to completing his program. Instead, he began to work on the AutoSyringe.

What is Dean Kamen Famous For?

Dean Kamen is perhaps best known for inventing the Segway. Some of his other creations include the AutoSyringe and the iBOT 3000 (a stair-climbing wheelchair).

He currently lives in a hexagonal mansion in Bedford, New Hampshire, which he’s dubbed Westwind. Eclectically conceived, the building has at least four different levels.

What Kind of Car Does Dean Kamen Drive?

Details on Dean Kamen’s vehicle is not available at this time.

How Much Money Did Dean Kamen Make Last Year?

We do not have any details on Dean Kamen’s 2018 net worth at this time.

Last year, it was announced that he had been given an institutional honorary degree from the University de Sherbrooke, a large public university in Quebec, Canada.

Earlier this year, he had also been featured in an episode of C-Suite TV Insights.

What’s the inventor up to nowadays? Unfortunately, it doesn’t look like Dean Kamen is active on social media. With that said, his company does have an official Facebook fan page, which you can check out here.