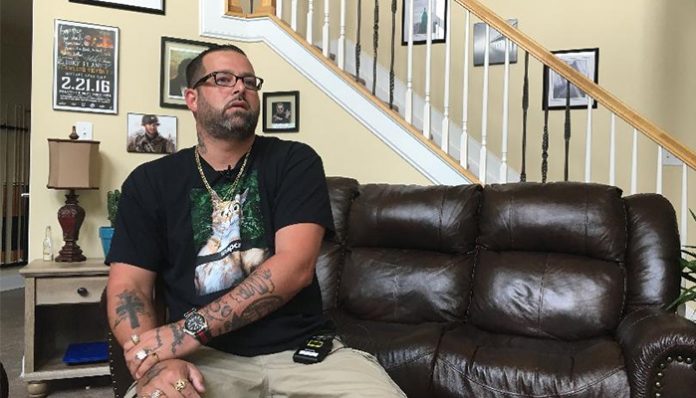 A social media star, Amiri King has an immense following on YouTube, with more than 300,000 subscribers. Noted for his parodies and skits, his popularity has been on the rise over the past couple of years. To date, “My Vlog Is Better Than Yours” remains to be one of his most popular series on the channel. In terms of his most-viewed video, Chevy Silverado Parody 2 has generated over 17 million views since 2014.

How wealthy is the YouTube star? How much has he made from his channel via ad revenue? How lucrative is his online career? According to various sites, Amiri King’s 2018 net worth sits at approximately $250,000. How much of this came from his video uploads? Let’s take a look.

How did Amiri King Make His Money & Wealth?

Born on July 10, 1979, in Louisville, Kentucky, Amiri King had a rather difficult childhood. Due to issues in the house, he ran away and was homeless for a brief period at the age of eleven. By the time he was sixteen, he had landed himself in prison for first-degree robbery. Released two years later, his freedom was ultimately short-lived as he soon collided with the law once again, which sent him back to jail in 1997.

Over a decade later, he started to make a name for himself on social media. In 2008, he created his Twitter account, to which he posted his first tweet, “I’m typing in what I am doing…”. While he managed to earn himself a small fan base on the site, it wasn’t until the early 2010’s that he rose to fame for his comedy content.

Growing his online presence, he launched his self-titled YouTube channel in 2012. Initially known for his pranks, his earliest uploads include “Punch You In The Face” Prank Call, “Shut The [email protected]#$ Up!” Prank Call, “Drive Thru Prank”, most of which have since been viewed over a hundred thousand times.

Continuing to upload videos on a regular basis, he later shifted his focus to vlogs. In fact, he eventually started a mini-series called “My Vlog Is Better Than Yours”, which proved to be popular among his viewers. To this day, it remains to be one of the most popular videos on his channel. Speaking of which, some of his most-viewed uploads include Chevy Silverado Parody 2 (17 million views), Chevy Colorado Parody (7.2 million views) and Chevy Camaro Parody “Camarow” (3.6 million views).

As of 2018, Amiri King has earned over 300,000 subscribers with more than 70 million views across his channel. With the audience that he has, it’s likely that he’s managed to pull in some amount of earnings from his videos, given that he’s been monetizing them with ads. Unfortunately, however, it’s hard to say how much exactly he’s earned from the platform at this time.

In terms of other ventures, he had made an appearance in the web series Surviving the Zombie Apocalypse with Rick and Ed in 2014.

While he isn’t married, he is engaged to Sara Ruminski.

Does Amiri King Have Any Children?

Yes, he and his partner have three daughters named Marcy, Tilly and Kennedy, all of whom have appeared on his social media accounts.

Does Amiri King Go to College?

No, as far as we know, Amiri King has not gone to college.

What is Amiri King Famous For?

Amiri King initially rose to fame on Twitter, before joining YouTube in 2012. To date, his pranks and skits have earned him more than 300,000 subscribers.

We do not have any information on Amiri King’s location at this time, nor do we have any pictures of his house.

What Kind of Car Does Amiri King Drive?

Details on Amiri King’s vehicle is not available at this time.

How Much Money Did Amiri King Make Last Year?

Unfortunately, we do not have any information on Amiri King’s 2017 earnings at this time.

Earlier this summer, Amiri King uploaded a new video to his YouTube channel titled, Haven’t Been Here in Awhile—his first upload since October 2017. As of August 2018, it has been viewed over 16,000 times.

Wondering what the comedian is up to? If you’re a fan of his videos, you’ll probably want to follow him on social media—you can find Amiri King on Twitter at @AmiriKing or on @TheKingHasSpoken. If you haven’t already done so, be sure to also subscribe to his YouTube channel.