Korean Man Traveling Around The World Loses His Scooter 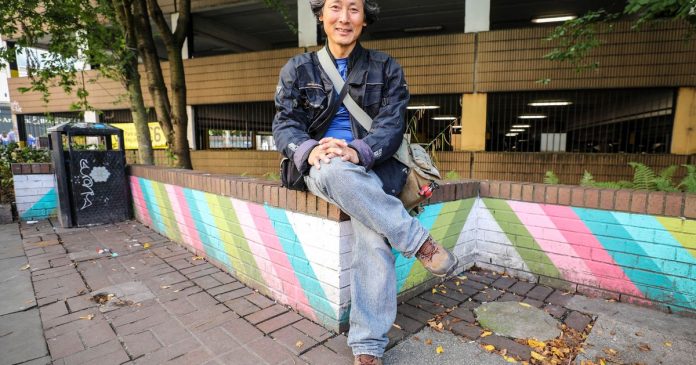 A Korean man traveling around the world with his scooter has had to pause his plans after it was stolen. In the last fourteen months, Yung Gu Ro has visited 37 countries with his scooter, a Honda PCX125.

He arrived to Manchester with his scooter and had told people that his dream was to travel around the world. On Friday, his plans suffered a hit when he found that his scooter and other belongings had been stolen.

Yung was about to leave the hotel when he found that his scooter and belongings were not there. There were some things that weren’t stolen, including his iPad and passport. His problem now is that he no longer has a scooter and some of the documents he had brought from South Korea.

His story caught the attention of a group of bikers who had talked to him earlier this week. They are doing everything they can to help him continue traveling around the world. Lee Hindle, who works at a motorbike shop, traveled to Manchester a few hours ago to help him out.

He explained that Yung had visited them on Thursday to get an oil change and that he was just the nicest guy. He said he told him his story and that they were surprised he had clocked 64,000.

Yung took social media to update people on his trip. He posted a picture on Instagram saying that this trip seemed to have ended in Manchester and that someone had stolen his bike. His post has received replies and many have posted messages of support.

Mr. Hindle said they found out his bike had been stolen the next day. He adds that he didn’t know what to do and that he first called the Korean police. The bikers in the area heard his story and they have created a GoFundMe page to help Yung. The page has already raised hundreds of pounds. The goal is to buy a new scooter for Yung.

Mr. Yung has told the biking community that he hopes this won’t end his journey and that he came to the country because of the music he heard as a child. Yung, who has visited more than 35 countries so far, has been posting updates on his trip through his Instagram account. His latest post isn’t good news but the biking community is hoping to raise enough money for him to complete his trip.