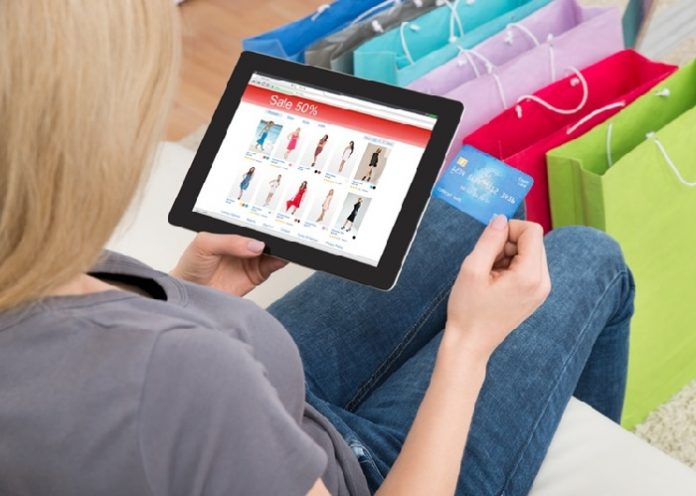 Choxi was once one of the Internet’s biggest retail success stories. The site was originally launched as NoMoreRack.com in 2010, and it quickly built up a reputation as one of the best places for online shoppers to pick up a bargain. NoMoreRack had a twist to its online sales, they were timed, which at the time was a completely original concept, although it has since been adopted by a number of other internet retailers. NoMoreRack also had a huge range of goods across of variety of categories available for rock bottom prices, but a trademark dispute with Nordstrom over the use of the ‘Rack’ label in online sales led to the company re-branding itself as Choxi in mid-2015.

Since then Choxi has suffered from a good deal of negative publicity over the quality of its customer service, and amid a number of reports that challenged the company’s validity as a reputable business the company has now become part of the online retail site jClub, which essentially offers exactly the same great deals that NoMoreRack and Choxi did before it, but this time with a completely new management structure, and most importantly, a completely revamped customer service system.

But what exactly happened to make Choxi fall from its position as the fastest growing online retailer? And has the company managed to put the dark days of dubious customer service behind it for once and for all? Read on to find out.

The explosive growth of NoMoreRack.com, which was based in New York City’s Park Avenue, began with sales in its first year of $350,000. By 2015 the company had reached number 66 in the Internet Retailer Top 500 Guide, and the following year sales peaked at an estimated $980 million for the year, taking the site, which at the time had recently been re-branded as Choxi, up to 48th place on the Top 500 guide.

However, Choxi’s success in sales was only half the story. The company was under a storm of negative attention due to numerous reports of poor customer service. There were customers who hadn’t received the right item, shoppers who hadn’t received anything, and most worryingly of all, shoppers who just couldn’t speak to someone in person to sort it all out. Choxi’s e-mail only customer contact policy wasn’t satisfying many complaints in a satisfactory or timely manner, and a wave of complaints flooded the Better Business Bureau and social media.

The problems were compounded by customers often receiving their purchases directly from the manufacturer, with Choxi’s only real involvement in the sale as the middle-man for the transaction, so numerous complaints about substandard goods, inadequate packaging, and items that just didn’t turn up at all added themselves to the ever-increasing list of complaints. The review page for Choxi at PissedConsumer.com clearly illustrates the negativity surrounding the dying days of Choxi.com in late 2016, and the writing was on the wall for the floundering online retailer.

In November 2016, Choxi went offline, and the Facebook page for the company disappeared overnight along with it. A few weeks later it emerged with Choxi had not been providing much in the way of customer support to their vendors either, when lawyers filed an involuntary bankruptcy petition against the company on the behalf of creditors. With a reputation in tatters and a line of unpaid vendors, the future looked bleak for Choxi, but one thing the company did have was an e-mail list of over a million active customers, many of whom had been more than happy with Choxi.com before everything fell apart.

The Rebirth of Choxi as jClub.com

In June 2017, it was announced that online retailer jClub, which had only been launched at the beginning of 2017, had bought the now-defunct Choxi in a reported multi-million dollar deal in February of that year. Although no-one was revealing the exact amount of the deal, jClub COO Jon Mitchell revealed that a few key Choxi employees had been retained, and his focus was now on rebuilding the relationships with vendors and customers that had seen Choxi become so successful in such a short space of time.

The new owners of Choxi had already enjoyed their own period of explosive growth in their first year of business, and jClub had already learned from Choxi’s mistakes. The company’s customer service team was based in North America, and a toll-free number was now available for customers to get in touch with the company, rather than just that unsatisfying e-mail contact form. The site already featured over 100 vendors selling on jClub, and soon the million plus former Choxi customers were contacted by jClub, to inform them of the re-branding of the business, and the levels of satisfactory customer service they could expect from the new owners.

But after such a checkered history, how have jClub performed in the year since they took over the Choxi.com business, and can former customers expect the same kind of safe bargain hunting that they enjoyed in the past?

It almost goes without saying that the customer service of jClub is a great improvement on Choxi’s. The shoddy practices that led the once flourishing Choxi into bankruptcy are now a thing of the past, and the new toll-free contact number is a big improvement. To help rebuild a relationship with former Choxi customers, jClub only makes a charge once an item has been shipped, but like any other company there are still complaints from both customers and vendors, but they are no longer a flood of problems that the company doesn’t seem to care about.

Choxi’s refund policy was one of the biggest turn-offs for customers, with a $2 per item flat shipping fee making the service great for single-item purchases, but expensive for those buying a variety of goods. In addition, Choxi charged a return shipping fee for returned items, no matter what reason they were being returned for, and an extra 30% restocking fee added to that, but jClub now offer completely free shipping within the continental United States, and no additional shipping charge for returned items.

When making any sort of online transaction, there are a few things you should be aware of before you make a commitment. Some items available on jClub may be refurbished, and that may not be immediately obvious. Check if the item is brand new or restored before you buy it, and be aware that a purchase may not include all the original accessories if it is refurbished. Similarly, even though items are promoted as bargains, always compare prices before purchasing from any online store to ensure you really are getting a good price.

Overall no-one is in any real doubt that jClub is taking the legacy of Choxi in a far more positive direction for the future. The appeal of a huge range of goods with some exceptional bargains has seen the site enjoy the same kind of explosive growth that it’s predecessor did, but so far there has been no indication of the mismanagement, and poor customer care, that led to the swift decline of Choxi.

The jClub Facebook page doesn’t have a review section, but more than 3.6 million people follow the company’s regular and friendly updates there, and the new focus on great customer relations is very evident. You can view the far more reasonable terms and conditions of jClub on the company website FAQ page, and one indication of the far more positive online shopping experience can be seen on Sitejabber.com, which currently has a 4.5 out of 5-star rating for the company, based on 80 customer reviews.