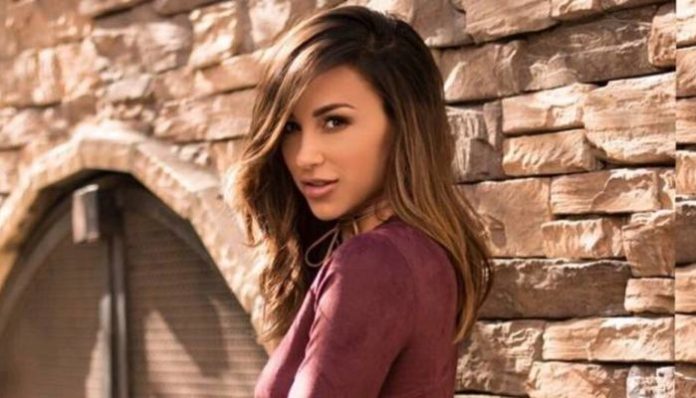 A social media celebrity, Ana Cheri is perhaps best known on Instagram, where she has more than 11 million followers. In addition to that, she’s also well established on platforms such as Twitter, YouTube, and Facebook. If anything, her popularity has continued to steadily increase over the past year.

Aside from her online career, the brunette is also an accomplished model. In the past, she has worked with several companies including K&N Filters, Monster Energy, Ultimate Armwrestling League and Moskova Underwear. At one point, she was even featured in an issue of Playboy Magazine.

How lucrative is her social media career? How well-paid is she as a model? How rich is she? According to various sites, Ana Cheri’s 2018 net worth hovers at around $3.5 million. Where did she earn the majority of this from? Below, we’ll be taking a closer look at some of her accomplishments.

How did Ana Cheri Make Her Money & Wealth?

Born on May 16, 1986, Ana Cheri grew up in Southern California with her brothers. Brought up in a family of all boys, she often had to balance her girly side with her inner tomboy. Of mixed descent, she is noted for her exotic look, which comes from her Caucasian, Latina, and Native American ancestry.

As one thing led to another, she eventually joined Instagram in the early 2010’s. Aside from posting her own images to the platform, she also offered fitness tips, which went on to garner her a significant fanbase. Before she knew it, she had gained over one million followers on the app. Today, she has amassed more than 11 million fans across the world.

With her rise in popularity, she also began to receive modeling offers from local brands. Soon, she landed an opportunity to be featured in Playboy as “Playmate of the Month” in 2015. A big break for the brunette, it caused her popularity to explode. Since then, she has worked with a number of big companies such as Monster Energy, Moskova Underwear, K&N Filters, and the Ultimate Armwrestling League. At one point, she was even made the brand ambassador of Shredz Supplements.

As you can probably expect, it’s likely that Cheri has earned a significant amount from all of the modeling gigs that she’s done over the years. If anything, it’s probably her biggest source of income. Aside from that, however, she’s also involved with a few other projects.

Capitalizing on her popularity, she later established her own gym called, Be More Athletics in Sant Ana, California. Not only that, but she has also launched her own activewear line, Want My Look, which is a big hit among teens and young adults. For those who are interested, you can visit her online shop here.

On YouTube, the model also runs her own self-titled channel, to which she posts various vlogs. Since she joined the site in 2013, she has earned more than 81,000 subscribers with over 2.3 combined views. Assuming she continues to grow the account, it’s likely that she’ll also be able to monetize her videos.

Yes, the model has been married to her husband Ben Moreland for over ten years.

Does Ana Cheri Have Any Children?

No, as far as we can tell, Ana Cheri does not have any children.

Does Ana Cheri Go to College?

Though not much is known about her educational background, it’s assumed that she has not gone to college.

What is  Ana Cheri Famous For?

Ana Cheri gained significant fame after being featured as “Playmate of the Month” on Playboy in October 2015. Since then, her Instagram following has shot up tremendously.

Unfortunately, we do not have any details on Ana Cheri’s whereabouts at this time. For her modeling career, however, she often travels worldwide.

What Kind of Car Does Ana Cheri Drive?

Information on Ana Cheri’s vehicle is not available.

How Much Money Did Ana Cheri  Make Last Year?

Unfortunately, we do not have any information on Ana Cheri’s 2017 earnings at this time.

Over the past year, Ana Cheri has been diligent about updating her Instagram account on a regular basis. Though not as active, she has also uploaded a few new videos to her YouTube channel, which you can check out here.

What’s the model up to nowadays? If you’re a fan, be sure to give her a follow―you can find her on Twitter at @_Anacheri or on Instagram @Anacheri. On Facebook, she also has her on official fan page here.