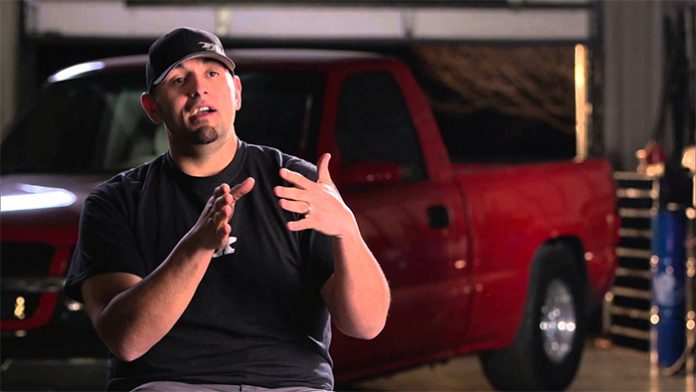 A reality star, Justin Shearer―aka “Big Chief” is best known for his appearances on Street Outlaws. Introduced in the pilot episode, he has remained on the show for many years since its premiere on the Discovery Channel in 2013. Though he was absent for the majority of season ten, he has since returned―more determined than ever to win.

An established street racer, he already had many years of experience under his belt prior to being approached about the show. When he isn’t racing, he works at Midwest Street Cars Automotive in Oklahoma City.

How rich is the television personality? How much is he paid for his role on the popular reality program? What other endeavors is he involved with? According to sources, Big Chief has amassed a net worth of $2 million as of 2018. How much of this came from his work on TV? Let’s have a better look at his career below.

How did Big Chief Make His Money & Wealth?

Born on December 9, 1980, in Louisville, Kentucky, Justin Shearer―aka Big Chief was only nine years old when he fell for street racing. Growing up, he often rode his bike to watch the street races on Old Route 66. Later moving to Oklahoma City with his family, his passion for cars only grew more intense. Before long, he aspired to become a professional street racer.

Eventually, he bought his first racing car―a 1972 Pontiac LeMans. Over the next years, he successfully established himself in Oklahoma’s street racing community. By the time he was approached about the reality series, Street Outlaws, he already had plenty of experience under his belt.

Premiered on June 10, 213 on the Discovery Channel, the reality program offers viewers an inside look into the world of Oklahoma City street racing. Introduced in the pilot episode, Big Chief starred alongside several other racers including Chuck, Flip, Varley, and Murder Nova, to name a few. Unsurprisingly, as the series took off, he had gained a significant fan base.

Since then, Street Outlaws has continued for five years. In fact, the eleventh season had just premiered on television earlier this summer. As you probably already know if you’re a fan, Big Chief has starred in most of the episodes―with the exception of season ten, during which he was absent for a bit. With that said, he has since returned more determined than ever for season eleven. As popular as the show is, however, it is unknown how much he receives as one of the main cast members.

With his rise in popularity, he has also launched his own merchandise shop online. Looking at the store now, a variety of items are available for purchase from outerwear to stickers. For those who are interested, the store can be visited here. Unsurprisingly, it’s said that he makes a decent amount from the products, which are popular among teens and young adults.

As far as other things go, he also has his day-job at Midwest Street Cars.

Over the past year, there have been many rumors surrounding his relationship status. More specifically, it’s said that he has left his wife Allicia Shearer for fellow racer Jackie Braasch.

Does Big Chief Have Any Children?

Yes, he has two sons named Corbin and Covil.

Does Big Chief Go to College?

No, as far as we can tell, Big Chief has not gone to college.

What is Big Chief Famous For?

Big Chief rose to fame as one of the main cast members of the Discovery Channel’s popular reality series, Street Outlaws.

Big Chief currently resides in Oklahoma City, Oklahoma, where he continues to participate in street races.

What Kind of Car Does Big Chief Drive?

We do not have any information on Big Chief’s vehicle at this time.

How Much Money Did Big Chief Make Last Year?

Unfortunately, we do not have any information on Big Chief’s 2017 earnings at this time.

After a prolonged absence from the show last year, Big Chief returned for season eleven, which premiered earlier this summer. As far as the recent rumors surrounding his relationship goes, it’s still unconfirmed he and his wife have separated.

What’s the street racer up to? If you’re a fan, be sure to follow Big Chief on social media―you can find him on Twitter at @BigChiefOKC or on Instagram at @bigchiefokc. On Facebook, he also has an official fan page, on which you can show your support.