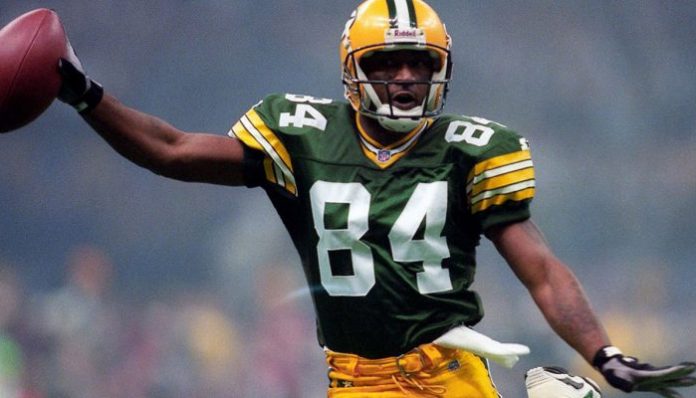 A former NFL player, Andre Rison launched his professional career with the Indianapolis Colts in 1989. Some of the other teams that he’s played for include the Cleveland Browns, Atlanta Falcons, Oakland Raiders, Kansas City Chiefs, and Toronto Argonauts. After more than a decade on the field, he retired in 2005.

One of the only players to have won professional football championships in Canada and the U.S., there’s no doubt that he was a highly accomplished athlete. The Super Bowl XXXI champion, he not only made it to the Pro Bowl five times but had also been voted as the Second-team All-Pro three times.

What was his salary as a professional football player? How lucrative was his athletic career? How wealthy is he today? According to various sites, Andre Rison’s 2018’s net worth stands at approximately $20 million. How much of this came from the sport? What other endeavors is he involved with? Let’s find out.

How did Andre Rison Make His Money & Wealth?

Born on March 18, 1967, in Michigan, Andre Rison grew up poor on the streets of Flint with parents and siblings. As a teen, he went to Flint Northwestern High School, where his talents for football became apparent. A star player, he eventually went to Michigan State University, where he had 30 receptions for over 700 yards in his senior year. A year prior to being drafted, he also helped the team win the Rose Bowl in 1988.

Not long afterward, he was selected by the Indianapolis Colts during the 1989 NFL Draft. After a year with the team, he was traded to the Atlanta Falcons in 1990. A productive four-years, he not only finished near the top of most categories for receivers but had led with more a dozen receiving touchdowns. In fact, he was the only 5th Receiver in history to score sixty touchdowns during his initial six seasons in the NFL. Reportedly, he was paid $2.8 million during his time with the Falcons.

The highlight of his career, Rison was not only named to the Pro Bowl during his time with the Falcons but had also been voted as the Second Team All-Pro three times. Adding to that, he had become the NFL receiving touchdowns co-leader in 1993.

After four successful years with the Falcons, he hit a career low after signing to the Cleveland Browns in 1994. A short stint, he eventually joined the Jacksonville Jaguars in 1996. From there, he played for several other teams such as the Kansas City Chiefs, Oakland Raiders, and Toronto Argonauts, before retiring from the sport in 2005.

Since his retirement, Rison has remained involved with the sport through coaching. Some of the schools that he’s worked with include Flint Northwestern High School and Skyline High School. Since 2015, he has also been coaching his son Hunter, who is committed to Michigan State.

In terms of other endeavors, he has also appeared on television a couple of times. For instance, he was recently featured in the documentary series, The Timeline in 2017. In 2012, he also made an appearance in 30 for 30.

No, as far as we know, Andre Rison is not married. In the past, he was in a high profile relationship with Lisa Lopes.

Does Andre Rison Have Any Children?

Yes, he has a son named Hunter who is following in his footsteps in football.

Does Andre Rison Go to College?

What is Andre Rison Famous For?

Andre Rison rose to fame as a member of the Indianapolis Colts in the late 80’s. From there, his popularity weighted after he joined the Atlanta Falcons in 1990.

According to Andre Rison’s official Twitter page, he is currently based in Michigan. We do not have any additional details at this time.

What Kind of Car Does Andre Rison Drive?

Details on Andre Rison’s vehicle is not available at this time.

How Much Money Did Andre Rison Make Last Year?

Unfortunately, we do not have any information on Andre Rison’s 2017 earnings at this time.

Last summer, it was announced that he had been inducted into the Michigan Sports Hall of Fame in Detroit.

What’s the former NFL star up to? If you’re a fan, why not follow him on social media? You can find Andre Rison on Twitter at @AndreRisonPro. On Facebook, you can also show your support by liking his official fan page here.