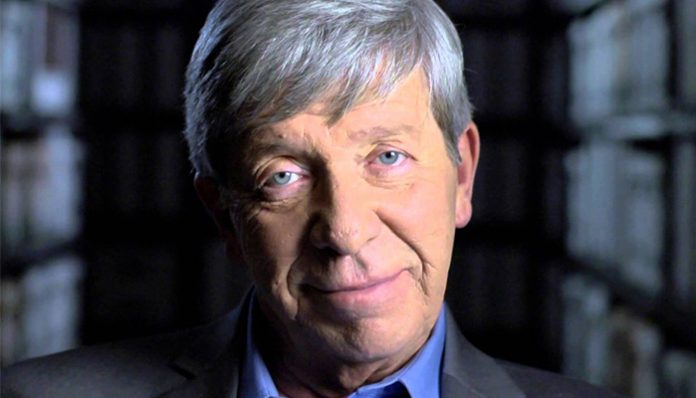 A retired police detective, Joe Kenda is perhaps best known for starring in Investigation Discovery’s Homicide Hunter. A former member of the Colorado Police Department, he was involved with hundreds of homicide cases throughout his career. Since 2011, he has been recounting his stories on the show, which is currently in its seventh season.

In terms of other television appearances, he’s also hosted a series called I (Almost) Got Away With It: What Would Kenda Do? in 2014. Last year, he even made his acting debut in the Netflix film, Handsome: A Netflix Mystery Movie, where he got to play the role of a detective.

How much is he paid for presenting ID’s Homicide Hunter? How lucrative is his television career? How well-off is the former detective? According to various sources, Joe Kenda’s current net worth is around $600,000. Where did he earn the majority of this from? From his days as a detective? TV? Let’s find out.

How did Joe Kenda Make His Money & Wealth?

Born on November 14, 1946, in Western Pennsylvania, Joe Kenda grew up in the town of Herminie, where his father worked as a coal miner. Even as a young boy, he had been fascinated with crime—especially murder. Upon graduating high school, he went to the University of Pittsburgh, where he studied political science. Continuing his education, he later attended Ohio State University, from which he earned a master’s in international relations. From there, he worked briefly at his father’s trucking business, before joining the police department in 1973.

Four years after joining the department, he was promoted to detective in 1977. Initially, in the burglary division, he was later transferred to homicide after solving a double shooting, which many had believed was unsolvable. By the time he retired in 1996, he had investigated 387 murder cases, 356 which were eventually solved—which led to a closure rate of 92%. Unhappy with retirement, however, he ultimately went through a withdrawal stage over the next several years.

In 2009, a big opportunity came his way after Patrick Bryant, a television series editor, contacted him about the possibility of developing a television series based around his career as a homicide detective. While hesitant at first, Kenda eventually agreed. The show, Homicide Hunter later debuted on Investigatory Discovery in 2011. Classified as a crime documentary, it revolves around the cases that he’d solved during his years with the Colorado Police Department.

Almost immediately, the series proved to be a hit among viewers. Following the end of the first season in the fall of 2011, it was renewed for a second, which premiered in 2012. Since then, Homicide Hunter has continued for many years—in fact, there have been over 100 episodes as of 2018. Just recently, the seventh season had wrapped up on February 14, 2018. To date, the series remains to be a top performer with an average of nearly 2 million viewers. Unfortunately, however, it has not been disclosed how much he makes from the show.

In terms of other endeavors, he recently made his acting debut in the Netflix film, Handsome: A Netflix Mystery Movie. Released in 2017, it saw him playing a supporting character by the name of Detective Joe.

Yes, he has been married to his wife Mary Kathleen Mohler Kenda since 1967.

Does Joe Kenda Have Any Children?

Yes, he has two grown children who live in Virginia.

Does Joe Kenda Go to College?

Yes, he did. After graduating from high school in 1964, he went to the University of Pittsburgh, where he studied political science. From there, he eventually earned a master’s from Ohio State University.

What is  Joe Kenda Famous For?

Joe Kenda is best known as the star of the Investigation Discovery series Homicide Hunter, which debuted in 2011.

Joe Kenda and his wife currently live in Virginia. We do not have any additional details at this time.

What Kind of Car Does Joe Kenda Drive?

Details on Joe Kenda’s vehicle is not available at this time.

How Much Money Did Joe Kenda Make Last Year?

Unfortunately, we do not have any information on Joe Kenda’s 2017 earnings at this time.

As mentioned earlier, Joe Kenda most recently hosted the seventh season of Homicide Hunter, which ran from August 2017 to February 2018. As far as we can tell, he will be coming back for the eighth season.

Want to know what the former cop is up to? If you’re a fan of his show, why not follow him on social media? You can find Joe Kenda on Twitter at @LtJoeKenda or on Instagram at @As_Kenda. While you’re at it, don’t forget to also check out Homicide Hunter’s official Facebook page here.