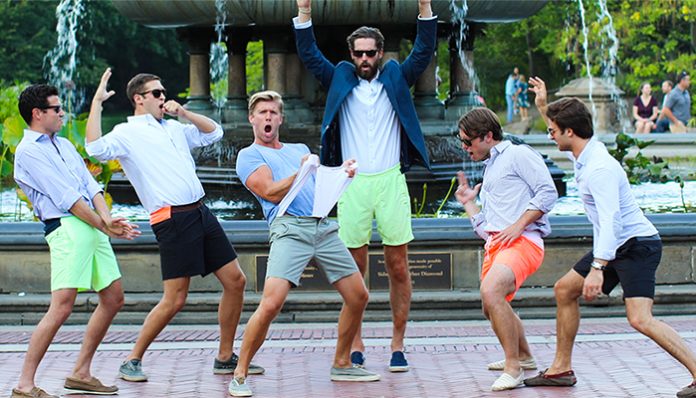 A brand of workout gear, Birddogs offers an array of comfortable gym shorts, all of which feature a silky inner-liner as well as a “ball pouch”—the latter of which gently cradles the family jewels. Made with anti-microbial fibers, it also comes with strategically placed phone and wallet zipper pouches on both side for utmost convenience. Lightweight and quick-drying, they’re perfect for those who want to roam free.

Founded in 2014, Birddogs is the brainchild of Peter Baldwin, a former IBM sales executive. Allegedly, he had come up with the idea after experiencing “the wedgie of his life” during a flight for a business trip. Ultimately, it was through that suffering that he decided to put an end to climbing the corporate ladder. Quitting his job, he took it upon himself to create a pair of shorts, ones that make underwear obsolete. Over the period of many months, he successfully managed to put together a final product—the Birddog, a brand of comfy gym shorts that eliminate the need for undergarments.

Proceeding to sell the products, he set up a table at his local gym, where to his surprise, they proved to be a big hit among patrons. Before long, he had sold out of his entire inventory. Taking a stab at growing the company, he eventually reinvested the profits to purchase more goods. From there, he set up an official website, which enabled customers to purchase the shorts online. Ultimately, it didn’t take long before it became a profitable endeavor.

As one thing led to another, he found himself auditioning for ABC’s hit reality series, Shark Tank. A huge opportunity for the entrepreneur, it was later announced that he had landed a spot on the show. Featured in the ninth season, his segment/episode aired in the United States on January 7, 2018. 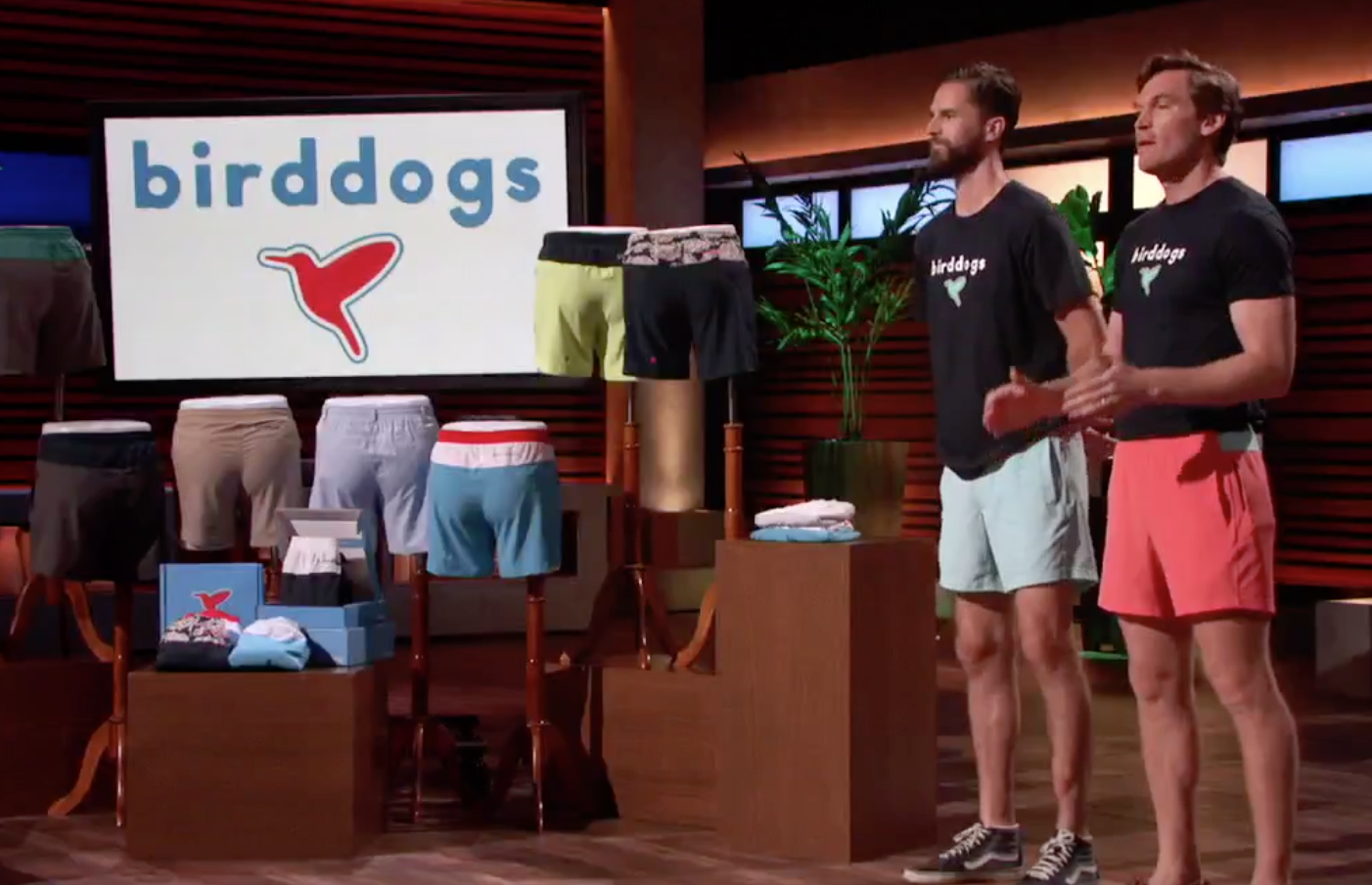 Donning bright coloured shorts, Peter and his companion Chris introduce themselves to the sharks as the founders of Birddog. From there, they surprise everyone by stating that they are seeking $250,000 in exchange for a 1.5% stake in their company.

As the camera pans towards their set up of shorts, Peter begins to explain more about their product. Holding a pair in his hand, he lets them know that each of the gym shorts contains a built-in liner—“that makes underwear obsolete.” Highlighting the fact that “underwear makes no sense”, he questions why anyone would want to wear a pair underneath shorts. With that, the two eventually get into somewhat of a comedy skit, much to the confusion of the sharks.

On the note that wearing underwear beneath a pair of shorts is “beyond uncomfortable”, he explains that they’ve combined the feeling of nudity with the function of a fanny pack. Proceeding with their pitch, Peter shows off some of its features which includes a phone pouch, a wallet pouch, and two hand pouches. Chiming in, Chris also adds that they’re incredibly soft. Continuing, he states that they not only dry fast but can also be worn on a date, a comment which seems to amuse Lori.

From there, things turn from weird to weirder, as they compare a watermelon with “the fruits of your loins”. As the sharks look on in amusement, the pair throw and break the fruit onto the ground, through a pair of Birddogs shorts. Eating a chunk of the melon, as they continue to look on in confusion, Chris poses the question “who wants in on this sweet deal?” 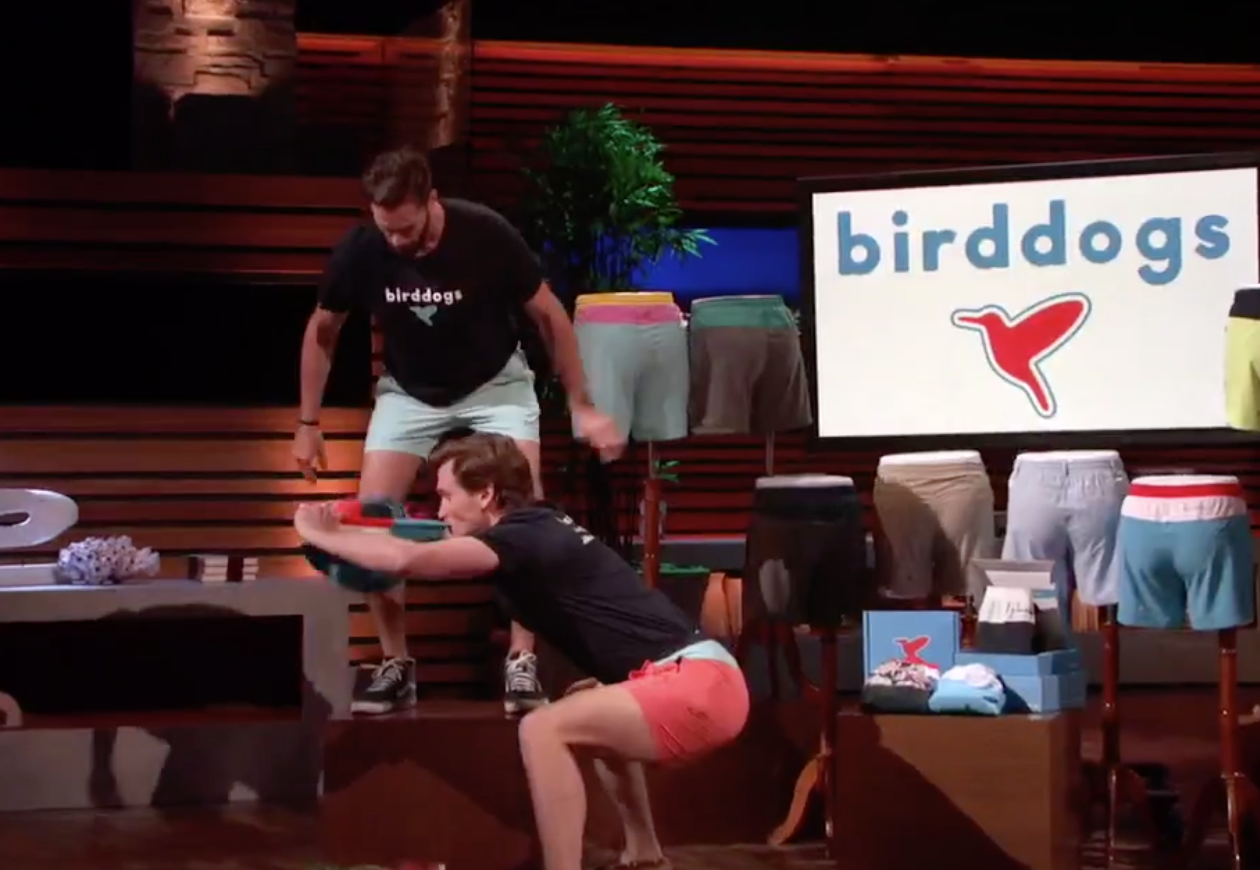 As Daymond wonders about the watermelon, Peter lets them know that they’ve prepared samples for everyone. Proceeding to hand them out, he walks towards the panel to give each of them their own pair. Holding the product in her hands, Lori confirms the fact that they are essentially gym shorts with built-in underwear. Afterward, Kevin expresses his confusion for the product, which to him, appears like any other pair of gym shorts.

Responding to the comment, Peter explains that while they’re gym shorts, “they’re about so much more than that.” Continuing, he lets them know that “it’s the most comfortable thing that a guy can wear.” Somewhat skeptical, Lori proceeds to ask about their sales, to which she’s told they did $200,000 the first year, $2.1 million last year, and $6 million this year (projected). Amazed, she can’t help but wonder how that’s possible, which causes the founders to laugh.

Revealing a bit about his background, Peter states that he’d gone to a Harvard business school for four years, after which he began to work his way up the corporate ladder at IBM. Explaining how he’d come up with the project, he lets them know that he had thought of the idea after experiencing “the wedgie of his life” during a cramped flight for a business trip. Continuing, he shares that it was through this discomfort, that he decided to quit his job to launch his own company.

Determined to make a pair of shorts that’d make underwear obsolete, he explains that he eventually began to sell Birddogs shorts at his local gym. A success, the products sold quickly, which led him to buy more inventory. Curious to know more, Robert inquires about the meaning behind Birddogs, to which he’s told that it is a term that they’ve been using for years to describe men whom they look up to. 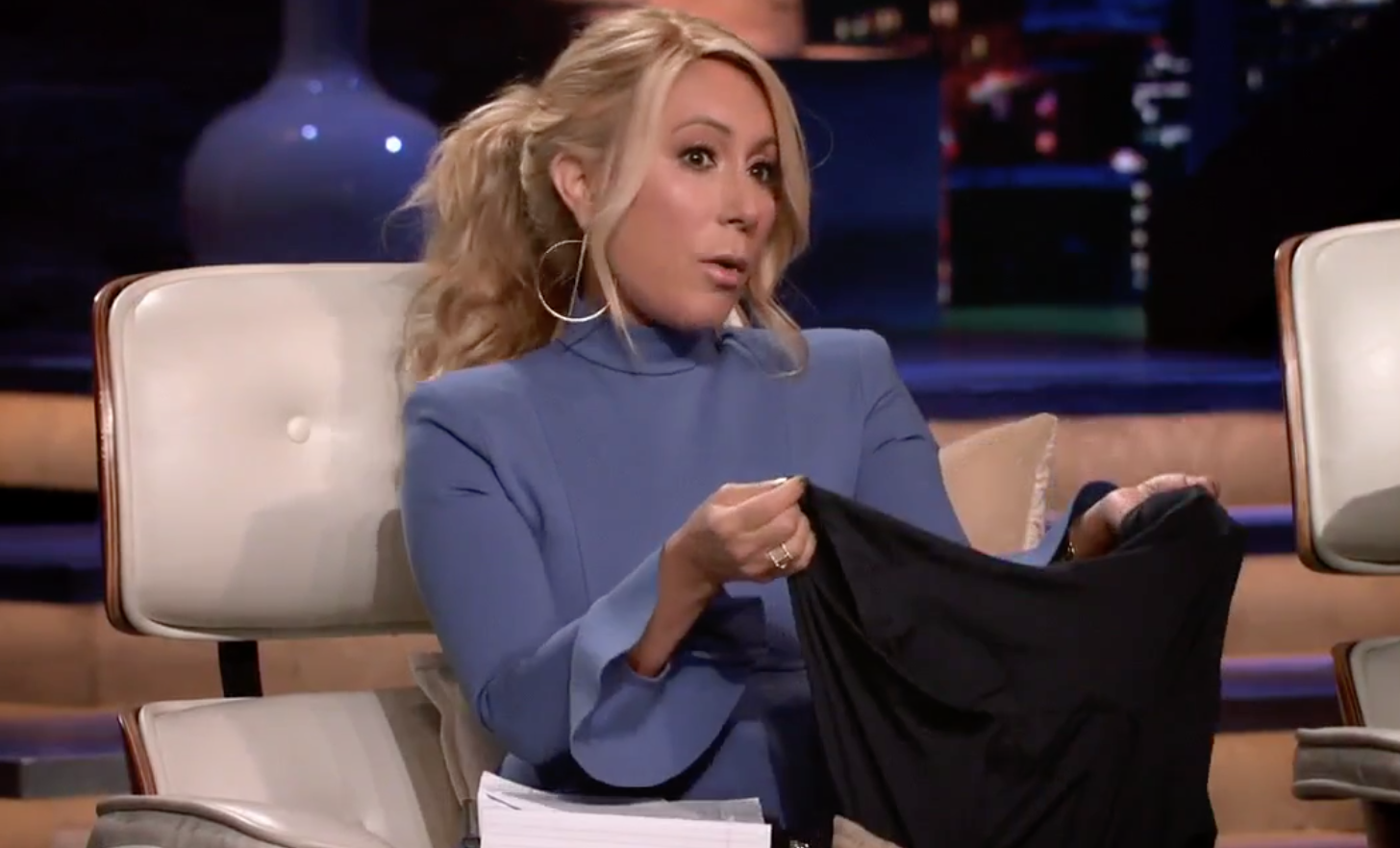 Getting into the numbers, Lori proceeds to ask about the product’s price. Holding up a pair, Peter explains that they sell them exclusively online for $55—which he comments “is higher than what they make them for”, garnering a chuckle out of Mark. Continuing to reveal more, he lets them know that they cost $18 to make, which leaves them with a 67% margin. Not finished yet, he adds that they only have to pay for three things—shorts, shipping ($6) and marketing ($13 on average per order). Breaking it down, he explains that they receive $37 per order.

Not buying it entirely, Robert asks why their cost is so high. As he looks on, Peter reasons that it is because they “have the best marketing team on the planet”, an explanation that doesn’t seem to settle well with the sharks. Impartial to the vague statement, Lori questions why they believe their marketing team is the best, to which she’s told that they provide entertainment and jokes to potential customers.

Just as he’s about to continue, however, Mark remarks that they’re spending $400,000 a year on marketing, if his math adds up. Clarifying, Peter states that they spend 20% of net sales on marketing. Giving an example, he claims that they will be spending $1.2 million on marketing this year, from their projected $6.1 million in sales. Making a point, Mark reminds them that they should be spending less on marketing if the advertising is good—as it would go viral/be shared online—and not the opposite. 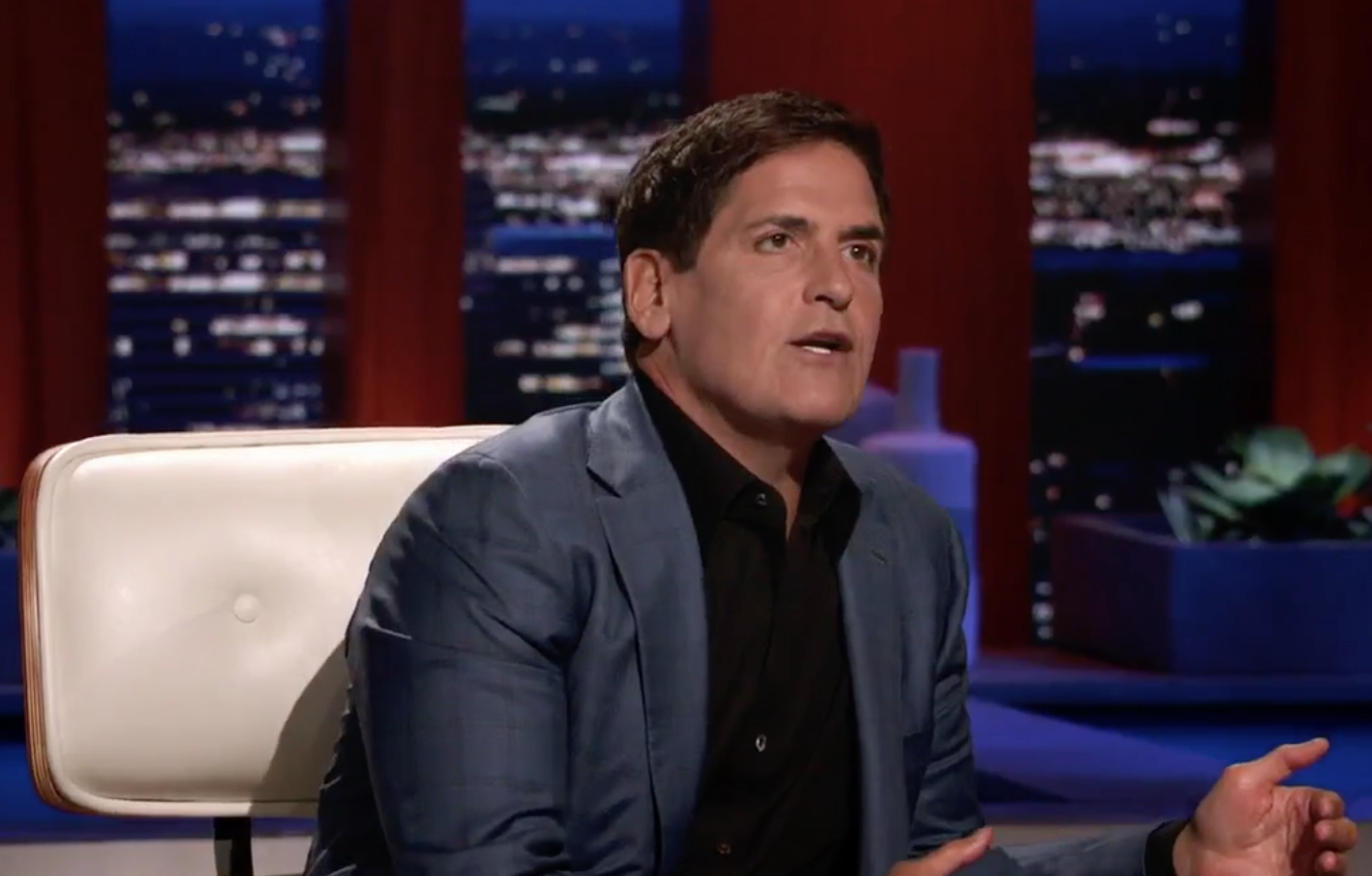 On the note that their customer acquisition is going up instead of down, Mark suggests that their videos might not be as effective as they think. Changing the topic, Chris decides to talk about their competitors, whom he states have an average open rate of 4%. Upon further prompting, he reveals that theirs is ten times that at 40%—which the sharks immediately claim as being false.

After some back and forth between the two parties, Robert points out the fact that they’re “driving the cost of marketing like crazy” for their sales. Giving an example, he lets them know that they’d be spending $2.6 million for marketing given $10 million in sales. Shaking his head, Peter boldly states that they are “ten times better than everyone else selling to guys”, much to the chagrin of Mark and the rest of the sharks.

Coming back with a question, Robert asks whether or not they’ve raised any money for Birddogs over the past few years. Nodding, Peter explains that he’s come up with $560,000 from their friends at a valuation of $3 million to $9 million. Breaking it down, he states that they’ve sold 11% of their company so far. With further prompting from the sharks, he reveals that their biggest challenge so far is the fact that they do not have any inventory “one-third of the time.” 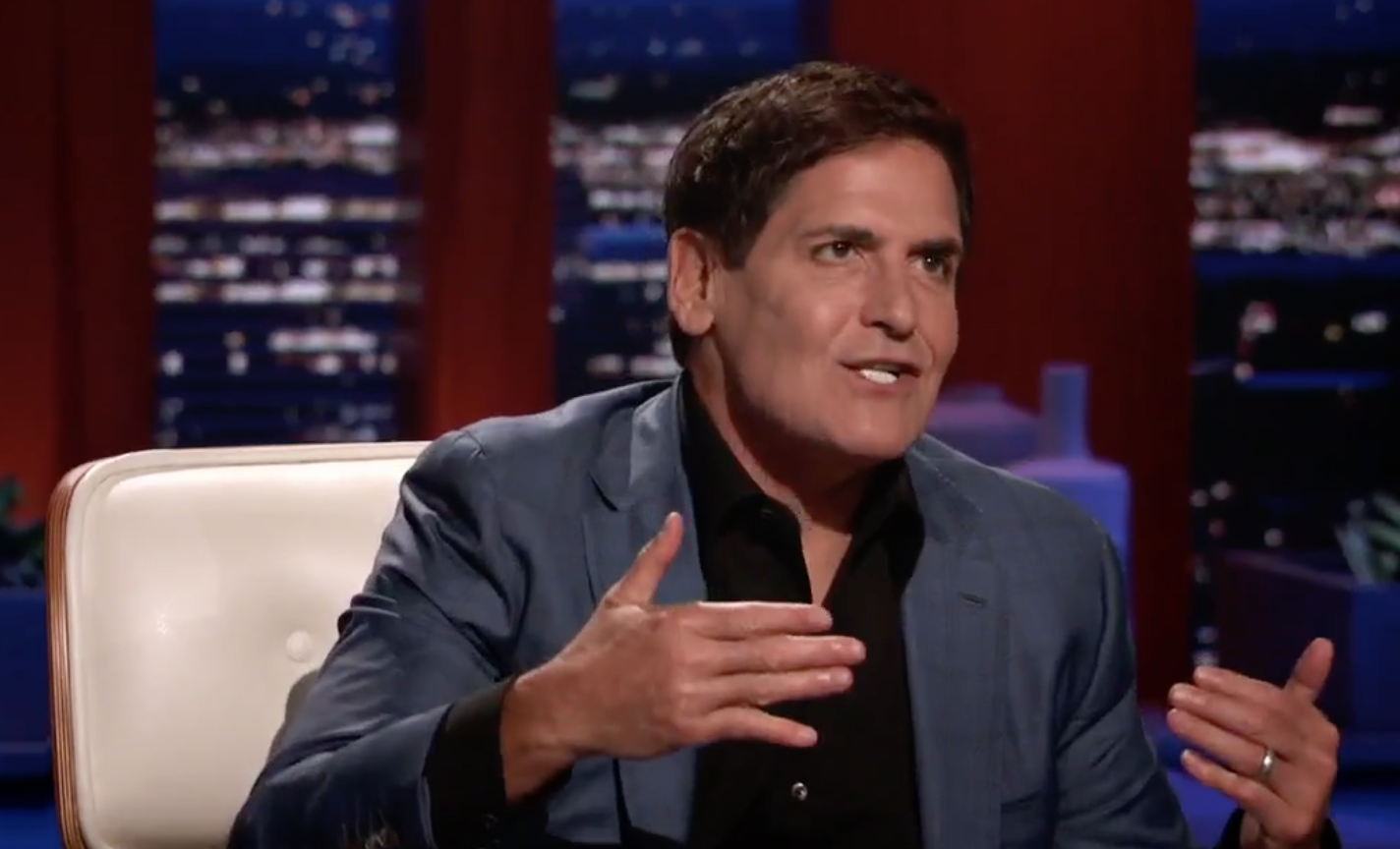 More than displeased, Mark eventually calls them out on their statements. Agreeing, Lori asks why they’re unable to plan ahead to prevent the inventory issue. Noting that they’re always “birddogging their answers”, she soon drops out.

Speaking on behalf of all of the sharks, Robert eventually lets them know that they are “full of BS.” Despite that, however, Peter insists that “their numbers are too good to be true”, which ultimately starts a heated discussion. Asked why they’re not buying their inventory now, he admits that it is too much of a risk, which the sharks find amusing, considering what he’d spouted earlier. Noting that he’s way too confident, Mark later drops out.

Commenting that his story has become more unclear over time, Robert soon also drops out. With that, the attention goes to Daymond (“the clothing guy” according to Kevin). Calling him out on his elitist attitude, he lets them know that there is no deal to be made. Agreeing that they’re arrogant and hard to work with, Kevin eventually also backs out.

Over half a year has passed since they were featured on Shark Tank. Unable to land a deal, how is the company doing nowadays?

Though there hasn’t been a formal update, it’s probably safe to say that the company has seen an increase in sales since the airing of the episode (after all, the show does serve as an effective “commercial” for the product). With that said, it seems that their “arrogance” on the show has also garnered them a bit of a backlash online.

In terms of recent promotions, they recently offered their customers a free “Dad Hat” with the purchase of three or more pairs of Birddogs shorts.

Despite how they were portrayed on the show, Birddogs have proved to be popular among many individuals—most of whom agree that the built-in liner is comfortable for extended periods of time. Not only that, but the abundance of pockets have proved to be a hit among gym-goers, who need a secure place for their phones, keys, and wallets.

With that said, not everything has been positive. For instance, many have expressed on social media that the company is slow at shipping (which may or may not be tied to the fact that they have inventory issues).

Will Birddogs be returning to Shark Tank for an update anytime soon? Considering everything—including the fact that the sharks weren’t too fond of their demeanor—the chances are slim. Who knows, though? They might just make another television appearance sometime in the near future.