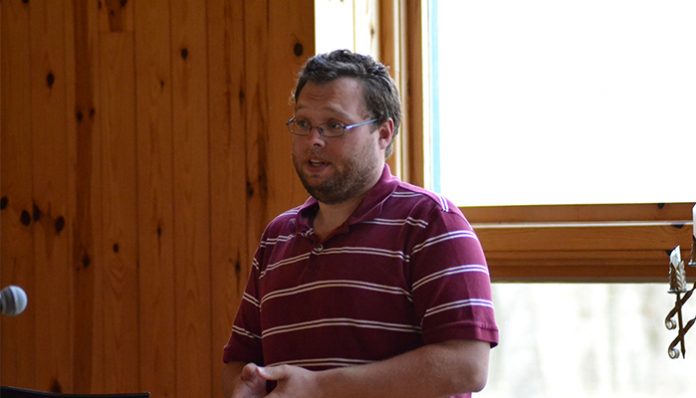 Charles Pol is best known for his appearances on Nat Geo Wild’s reality program, The Incredible Dr. Pol. The adopted son of Dr. Pol, the show’s main star, he was the one who had pitched the series to the National Geographic Channel in the early 2010’s. Alongside his family, he regularly appears in the series, in addition to working behind-the-scenes as one of the producers.

In addition to the main series, he has also worked on Calling Dr. Pol, a spin-off that aired in 2014.  In the past, he even played a small acting role in the TV film, Drunk & Disorderly.

How well-off is the television star? How much does he make from his work on The Incredible Dr. Pol? How lucrative is his career in the entertainment industry? According to various sites, Charles Pol’s 2018 net worth is an estimated $1 million. Let’s take a look at where he earned the majority of this below.

How did Charles Pol Make His Money & Wealth?

Born on March 6, 1979, Charles Pol was adopted at birth by Dr. Jan Pol and Diane Pol. Growing up on his family’s farm, he began to help with various chores at the age of five. As he grew older, he also started to help out at his father’s clinic, mainly assisting with farm calls. Despite this, however, he knew early on that he did not wish to follow in his footsteps to become a veterinarian. Upon graduating high school, he went to the University of Miami, from which he earned his undergraduate degree in 2003.

In 2011, he came up with the idea of making a series centered around his father’s veterinary practice. With some luck, he successfully pitched the show to the National Geographic Channel, which later aired it that year. Produced by Charles himself, the program follows Dr. Jan Pol, his family, as well as his staff at Pol Veterinary Services in Weidman, Michigan.

An overall success, the reality series had drawn in countless viewers during its first season. Seeing as how it was a popular show, the network later renewed it for a second season, which aired in 2012. Since then, The Incredible Dr. Pol has continued for six years and counting; just recently, the thirteenth season had started on Nat Geo Wild on July 7, 2018.

As one can expect, Charles Pol continues to make appearances on the series, alongside his parents and the rest of the staff. Behind the scenes, he has also been producing the series all these years. Considering all this, it’s likely that he has earned a considerable amount from the project since 2011.

Aside from the main series, Charles has also worked on Calling Dr. Pol, a spin-off that premiered in 2014. In addition to that, he has helped to produce a television series titled, The Legend of Sheriff Gus Skinner in the past. At one point in 2012, he even played a small role in the TV film, Drunk & Disorderly.

No, he is not married. With that said, he does have a girlfriend named Kelly.

Does Charles Pol Have Any Children?

No, Charles Pol does not have any children.

Does Charles Pol Go to College?

Yes, he went to the University of Miami, from which he graduated in 2003.

What is Charles Pol Famous For?

Charles Pol is best known for his work in the reality program, The Incredible Dr. Pol. Not only does he star in the series, but he also works behind-the-scenes as the show’s producer.

Charles Pol lives with his family in rural Weidman, Michigan, where his father runs Pol Veterinary Services. We do not have any pictures of their home at this time.

What Kind of Car Does Charles Pol Drive?

Details on Charles Pol’s vehicle is not available at this time.

How Much Money Did Charles Pol Make Last Year?

Unfortunately, we do not have any information on Charles Pol’s 2017 earnings at this time.

What’s the TV producer up to? If you’re a fan, why not follow Charles Pol on social media? You can find him on Twitter [email protected] For the latest news and updates on the reality series, don’t forget to check out its official Facebook fan page here.