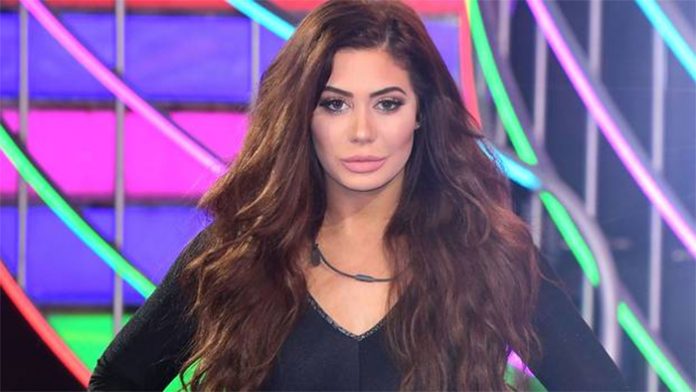 Hailing from England, Chloe Ferry rose to fame in the reality series, Geordie Shore. Introduced in the tenth season, it didn’t take long for her to become a fan favorite on the show. Some of her fellow cast mates include Holly Hagan, Sophie Kasaei, Nathan Henry, and James Tindale, to name a few.

A few years into the show, she also took part in its spin-off, Geordie Shore: Big Birthday Battle. From there, she participated in the nineteenth season of Celebrity Big Brother,  though she was ultimately evicted a week later.

How much has she made from the MTV series? How well-paid is she as a reality star? Is she involved with any other endeavors? How rich is she? Unfortunately, information on Chloe Ferry’s 2018 net worth is not yet available. In the meantime, let’s take a closer look at her career so far.

How did Chloe Ferry Make Her Money & Wealth?

Born on August 31, 1995, in England, Chloe Ferry grew up in Newcastle, where she attended a dance school as a child. Later in her teens, she participated in several other sports including gymnastics and skating. Despite her talent in the latter, however, she made the decision to pursue acting instead at the age of eighteen. To support herself, she worked at a local nightclub.

Eventually, in 2015, she made her television debut in an episode of Sun, Sex and Suspicious Parents. A British reality series, it saw her family following her to Sunny Beach, Bulgaria. From there, just a few months afterward, she was cast in the tenth season of the popular entertainment program, Geordie Shore.

Responsible for her rise to fame, the show followed the lives of several housemates, as they reside together at a set location for several weeks. Aside from Ferry, the tenth series also starred Holly Hagan, Gaz Beadle, Charlotte Crosby, Scotty T, and a few others. Well received, it drew in well over a million viewers in the UK.

Having remained on the show, Ferry has since starred in eight seasons as of 2018. Considering the popularity of the franchise, it wouldn’t be surprising if she has managed to earn herself a considerable sum over the years. Unfortunately, however, details of her salary have not been disclosed to the public. To put things into perspective though, it’s known that her co-star Gaz Beadle earned upwards of £45,000 per month.

Aside from Geordie Shore, the twenty-something has also appeared in a few other titles such as Ex on the Beach and Geordie Shore: Big Birthday Battle, the latter of which is a spin-off series that aired in 2016. More recently last year, Ferry also participated in the game show, Celebrity Big Brother, though she was evicted just a week later.

In terms of other endeavors, she has collaborated with various brands since her rise to fame. For instance, she recently worked with JYY London on a special collection, which you can check out here.

No, Chloe Ferry is not married. Since 2017, however, she has been dating fellow reality star, Sam Gowland.

Does Chloe Ferry Have Any Children?

No, Chloe Ferry does not have any children.

Does Chloe Ferry Go to College?

Unfortunately, not much has been revealed about Chloe Ferry’s education history.

What is Chloe Ferry Famous For?

Chloe Ferry rose to fame after joining the main cast of MTV’s reality series Geordie Shore in 2015. Since then, she has also appeared in Ex on the Beach and Celebrity Big Brothers.

As far as we can tell, Chloe Ferry currently lives in England. We do not have any additional details at this time.

What Kind of Car Does Chloe Ferry Drive?

Details on Chloe Ferry’s vehicle is not available at this time.

How Much Money Did Chloe Ferry Make Last Year?

Unfortunately, we do not have any information on Chloe Ferry’s 2017 earnings at this time.

Most recently, Chloe Ferry starred in the seventeenth season of Geordie Shore, which ran from February to May 2018. As far as we know, she will be returning for the eighteenth season, which will be premiering later this year.

Want to know what the blonde is up to? If so, why not follow her on social media? You can find Chloe Ferry on Twitter at @Chloe_GShore or on Instagram at @ChloeGShore1. While you’re at it, don’t forget to show your support on her official Facebook fan page.