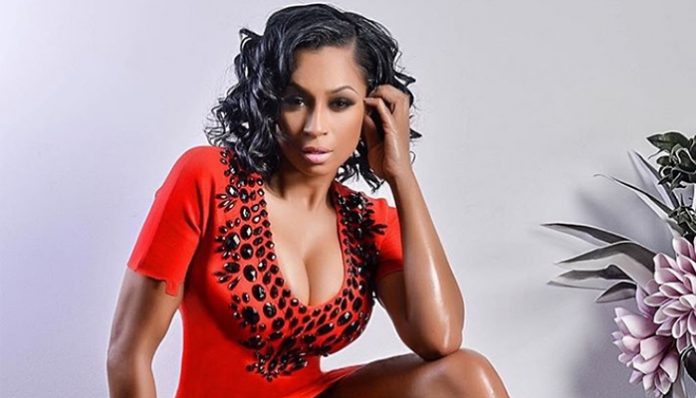 A television personality, Karlie Redd is perhaps best known for her appearances in VH1’s popular reality program, Love & Hip Hop: Atlanta. One of the original cast members, she has been part of the show since its premiere in 2012. Just recently, the seventh season had wrapped up in July 2018.

Aside from reality TV, she has also acted on many occasions. For instance, she has played various roles in the series Kate Brasher, 18 Wheels of Justice, Zane’s Sex Chronicles, and Saints & Sinners. On the big screen, she has also appeared in films such as My Side Piece, Top Five, and My Side Pieces.

What is her salary on the VH1 series? How well-paid is she as an actress? Is she involved with any other projects? How wealthy is the TV star? According to various sources, Karlie Redd’s current net worth is around $200,000. Where did she earn the majority of this money from? Let’s find out by taking a closer look at her career below.

How did Karlie Redd Make Her Money & Wealth?

Born on April 15, 1978, in New York, Karlie Redd spent her childhood between New York City and Trinidad. A talented dancer, she studied at The Harlem School of the Arts and the Alvin Ailey American Dance Theater growing up. By the time she was in her mid-teens, she had participated in more than 40 different projects—including modeling, commercial, and movie gigs.

Eventually venturing into reality television, she competed on Scream Queens in 2008. From there, she was invited to join the cast of VH1’s Love & Hip Hop: Atlanta in 2012. The second segment of the franchise, it debuted on June 18, 2012. Introduced in the first season, her fellow co-stars included Joseline Hernandez, Rasheeda, K. Michelle, and Mimi Faust.

Responsible for her rise to stardom, the show has since earned her a considerable fanbase. As of 2018, she has starred in seven seasons, the last of which concluded on July 16, 2018. Considering how long she’s been on the series, is it safe to assume that she has earned herself a decent sum over the years? According to reports, the reality star rakes in around $50,000 per season. Doing the math, this would mean that she’s earned over $350,000 to date from the show.

Aside from Love & Hip Hop: Atlanta, Redd has been featured in several other titles including K. Michelle: My Life, Black Ink Crew, and Love & Hip Hop Live: The Wedding. Earlier this year, she also made a guest appearance on Wild ’N Out.

As far as acting goes, she has worked on a number of TV and film titles over the years including 18 Wheels of Justice, Zane’s Sex Chronicles, Totally Packaged, Top Five, and We Are Family. Since 2016, she has also been playing a recurring role in the television drama, Saints & Sinners on Bounce TV. According to her IMDb page, she will also be appearing in a film called, I Left My Girlfriend for Regina Jones sometime later this year.

While she isn’t married, it was announced last month that she’d gotten engaged to her mystery boyfriend.

Does Karlie Redd Have Any Children?

No, Karlie Redd does not have any children that we know of.

Does Karlie Redd Go to College?

Unfortunately, not much is known about Karlie Redd’s education history at this time.

What is Karlie Redd Famous For?

As far as we can tell, Karlie Redd currently lives in Atlanta. We do not have any additional details at this time.

What Kind of Car Does Karlie Redd Drive?

Details on Karlie Redd’s vehicle is not available at this time.

How Much Money Did Karlie Redd Make Last Year?

Unfortunately, we do not have any information on Karlie Redd’s 2017 earnings at this time.

As mentioned earlier, she recently starred in the seventh season of Love & Hip Hop: Atlanta earlier this year. In terms of acting, she has also been playing the part of Paige Morris in the drama series Saint & Sinners.

What’s the TV star up to? If you’re a fan, why not follow her on social media? You can find Karlie Redd on Twitter at @KarlieRedd and on Instagram at @IAmKarlieRedd. While you’re at it, don’t forget to also check out her official Facebook fan page for the latest news and announcements.