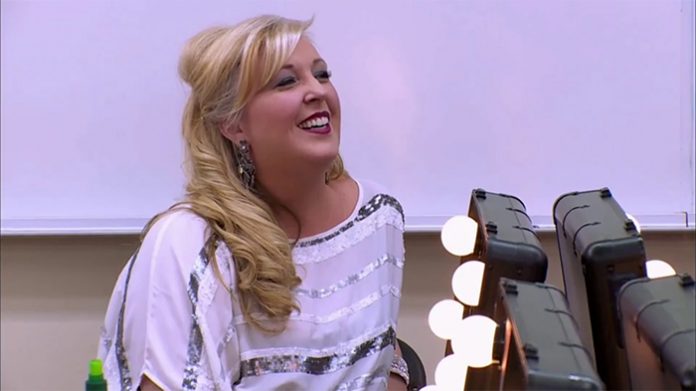 A reality star, Jessalynn Siwa is best known for her appearances on Lifetime’s Dance Moms. The mother of JoJo Siwa, an aspiring dancer, the two were introduced in the fifth season, which premiered in 2015. In the end, the remained on the show for two seasons, before leaving in 2017.

Aside from Dance Moms, the mother-of-two has been featured in a few other programs such as Abby’s Ultimate Dance Competition, JoJo Siwa: My World and JoJo’s Juice. Not only that, but she has participated in a couple of Nickelodeon Kids’ Choice Awards events in the past.

How wealthy is the former Dance Mom? How much did she receive from appearing on the show? Aside from television, what other work does she do? According to various sites, Jessalynn Siwa’s net worth stands at $2 million as of 2018. What contributes the most to her income? Let’s find out below.

How did Jessalynn Siwa Make Her Money & Wealth?

Born on December 8, 1974, Jessalynn Siwa grew up with her five siblings in Iowa, where her mother worked as a hair designer. Unfortunately, not much is known about early life at this time. Eventually marrying her husband Tom, she gave birth to her first child, Jayden in 2000. Three years later, the couple welcomed a second child, a daughter named JoJo.

In 2013, she made her television debut in Abby’s Ultimate Dance Competition. As its name implies, the show follows a group of aspiring dancers, all of whom compete for a chance to win a scholarship to Abby Lee’s prestigious dance academy. Introduced in the second season, Jessalynn and her daughter JoJo ultimately made it to the tenth week, before being eliminated. In the end, the latter finished the competition in fifth place.

A couple of years later, they returned to television, this time in Lifetime’s reality series, Dance Moms. One of the main cast members, the mother and daughter duo had joined the show in season five. A member of the Abby Lee Dance Company, the latter shared her on-screen time with several other dancers including Nia Frazier, Brooke Hyland, Maddie Ziegler and Chloe Lukasiak, to name a few.

Ultimately, they remained on the show for two years, before leaving in the middle of season six. By then, both Jessalynn and JoJo had earned themselves a considerable fan base, with millions of followers combined on social media. How much did the Dance Mom make from her appearances on the show? Unfortunately, her salary has not been disclosed to the public.

Aside from Dance Moms, she has been featured in a few other titles over the years such as JoJo’s Juice and Jo Jo Siwa: My World. In the past, she also took part in the Nickelodeon Kids’ Choice Awards.

In addition to her television career, Jessalynn is also an accomplished dance instructor. Not only is she the studio owner of Underground Dance Factory, but she has also run a company called Just Dance Co. in the past.

Yes, she has been married to Tom Siwa for many years.

Does Jessalynn Siwa Have Any Children?

A mother of two, she and her husband have two children together—a daughter named JoJo and a son named Jayden.

Does Jessalynn Siwa Go to College?

Unfortunately, not much is known about Jessalynn Siwa’s education at this time.

What is Jessalynn Siwa Famous For?

Jessalynn Siwa initially made herself known in Abby’s Ultimate Dance Competition in 2013. A couple of years later, she and her daughter rose to fame in Lifetime’s reality series, Dance Moms.

As far as we know, Jessalynn Siwa and her family live in Nebraska. We do not have any additional details of their home at this time.

What Kind of Car Does Jessalynn Siwa Drive?

Details on Jessalynn Siwa’s vehicle is not available at this time.

How Much Money Did Jessalynn Siwa Make Last Year?

Unfortunately, we do not have any information on Jessalynn Siwa’s 2017 earnings at this time.

Though she left Dance Moms back in 2016, she recently came back for a guest appearance in 2017. Around that same time, she also appeared in the biopic, JoJo Siwa: My World, which premiered on television on August 12, 2017.

What’s the dance instructor up to? If you’re a fan, be sure to follow Jessalynn Siwa on social media—you can find her on Twitter at @JessalynnsiwaS or on Instagram at @Jessalynnsiwa. On Facebook, you can also check out her official fan page for the latest news and announcements by clicking here.