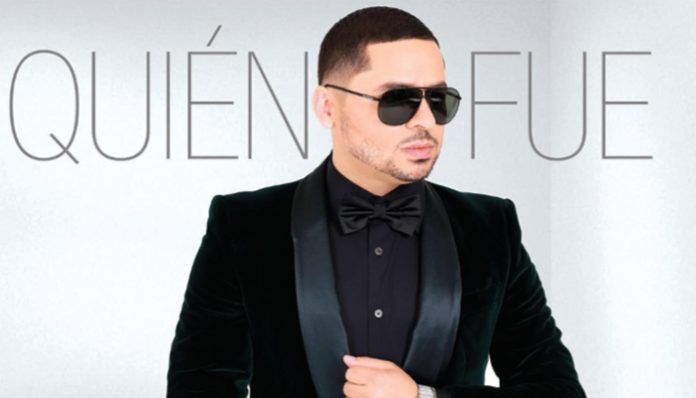 An accomplished singer, Larry Hernandez has been recording music (most of which fall into the regional Mexican genre) since the late ‘90s. Some of his earliest works include Contella Norton, Linda Chuiquilla, El Amigo de Todos and Mil Noches. With that said, it wasn’t until 2009, that he rose to mainstream success for his album, 16 Narco Corrdios.

Over the past few years, he has dropped a number of new projects including Lo Blanco y Lo Negro de Mi Vida, Vete Acostumbrano, and Larrymania. In terms of collaborations, he has also worked with the likes of Roberto Tapia, El Komander, and Mr. Capone-E, to name a few.

How wealthy is the Regional Mexican artist? How many records has he sold? According to various sites, Larry Hernandez’s 2018 net worth sits at around $10 million. Did he earn the majority of this from his music? What other things is he involved with? Let’s have a look at this below.

How did Larry Hernandez Make His Money & Wealth?

Born on March 10, 1977, in Los Angeles, California, Larry Hernandez grew up in a small town in Culiacan, where he became fond of music at a young age. Musically inclined, he began to compose his own songs at the age of eight. Eventually, to help with his career, he went to a music school, where he played as a drummer for a band called Los Amables del Norte. By his early twenties, he had started to record his first songs.

In 1999, he dropped his debut album, Sentela Nortena. His first commercial release, it contained ten tracks including La History de la Paloma, Mi Estrella, Vol la Paloma and Eres Todo, Todo. Continuing to make himself known, he recorded a number of other titles over the next several years including El Amigo de Todos, Linda chuiguilla, Labrinto, and Arrepiente.

Ultimately, it wasn’t until 2009—several years after his debut—that he gained widespread fame for his album, 16 Narco Corridos. Despite having only taken him one day to record at the studio, it managed to reach the Top 5 on the Billboard Top Latin Albums chart. A turning point for the young artist, his popularity only went up from that point.

By the early 2010’s, Hernandez had issued a number of additional albums including Puros Toques-Live, LarryMania, Larryvolucion and 20 Excitos De Collection. An established singer, he also had many accolades to his name including two Latin Billboard Music Awards, and two Premio Lo Nuestro Awards.

Since then, he has continued to cement his place in the music realm with albums such as 16 Narcos Corridos Volumen 2, Vete Acostumbrando, and Lo Blanco y Lo Negro de Mi Vida, the last of which came out in 2017.

Considering everything, it’s likely that the majority of his income comes from his records. With that said, he also pulls in some degree of earnings from putting on shows and concerts—though he doesn’t have any scheduled at this time.

While he isn’t married, he has been in a long-term relationship with Kenia Ontiveros, a Mexican television personality.

Does Larry Hernandez Have Any Children?

Does Larry Hernandez Go to College?

No, as far as we know, Larry Hernandez has not attended college.

What is Larry Hernandez Famous For?

Larry Hernandez rose to fame with the release of his studio album, 16 Narco Corridos in 2009. Hugely successful, it had peaked at number four on the Top Latin Albums chart in the U.S.

As far as we know, Larry Hernandez lives in Los Angeles with his girlfriend. We do not have any additional details on his location at this time.

What Kind of Car Does Larry Hernandez Drive?

Details on Larry Hernandez’s vehicle is not available at this time.

How Much Money Did Larry Hernandez Make Last Year?

Unfortunately, we do not have any information on Larry Hernandez’s 2017 earnings at this time.

What is the singer up to? If you’re a fan of his music, you’ll want to follow him on social media—you can find Larry Hernandez on Instagram at @LarryHErnandez or on Twitter at @Larryhernandez1. While you’re at it, don’t forget to also swing by his official Facebook fan page for the latest news and updates.