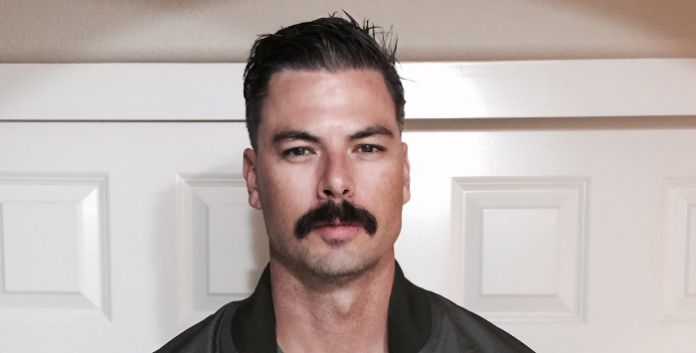 Guy Beahm, currently best known as Dr DisRespect, is an internet phenomenon and one of the most popular gaming streamers. But even before he took up the persona of the infamous Doctor, Beahm was related to the gaming industry. In today’s’ article, we’ll go over his life, career and finally, Guy Beahm’s net worth. So without further ado, let’s check out how exactly rich Guy Beahm is.

Thanks to his prosperous work, Guy Beahm managed to amass a net worth of over a million dollars! But, how exactly did he do it? Let’s take a look!

How Did Guy Beahm Make His Money & Wealth

Beahm was born on March 10th, 1982. Not much is known about his early life, except that he graduated from California’s SP University, where he played professional basketball for the university’s team. Not surprising, as Guy is 6’8”, which is something very well known to all of his fans.

Sometime in 2010, Guy decided to start a YouTube channel where he would upload gaming footage. He was a big fan of Halo 2, and loved playing the multiplayer version of the game. It was then when he created the alias Dr DisRespect, because he enjoyed ‘talking trash’ after winning matches.

However, his YouTube career came to an end just a year after. Thanks to his efforts, he was noticed by Sledgehammer Games, a studio best known as co-developers of several Call of Duty titles. He was hired as Sledgehammer’s community manager, thanks to his charismatic persona and fanbase. 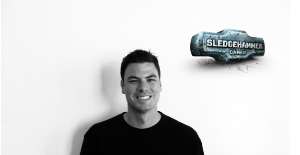 After another year, Guy Beahm was promoted to the position of a Level Designer. He helped design some of Call of Duty’s best known multiplayer maps, such as Horizon, Site 244 and Quarantine.

Guy’s salary with Sledgehammer was and still is unknown. According to Glassdoor, the average salary for a Level Designer is around $68,000. As Guy was working for a well-known studio, it’s possible that his salary was even higher than that. He stayed with Sledgehammer until September 29, when he decided to quit in order to pursue his new passion – streaming.

While such a wage is nothing to scoff at, it’s nothing when compared to what would follow. After quitting Sledgehammer Games, Guy decided to return to gaming, this time focusing on live streams, rather than videos of himself playing.

He put in some thought into his new-old persona and decided to create the now famous look. A wig, sunglasses and a kick-ass mustache was all he decided on, and it was more than enough.

He started playing H1Z1, a multiplayer battle royal that is nowadays more or less forgotten. But at the time it was enough to attract new people to the Doctor’s channel.

This is where he started paving the road towards the status of a millionaire. Day after day, he was amassing more and more fans. And them came money – from subscriptions and donations. Let’s talk about that. 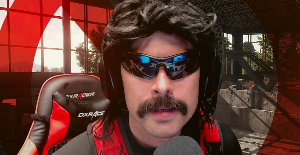 Guy struck gold when he, like many others, started playing Player Unknown’s BATTLEGROUNDS. In a short time, thanks to his efforts, charisma and skill, he became the synonym for PUBG, and even Twitch.

And as such, he started making loads of cash.

Thanks to them, he’s making around $100,000, half of which he takes home (with the second half going to Twitch). So in just a month and a half, he makes more than he used to make in a year as a level designer. Not including donations.

Ah, Twitch donations… There’s no official data on this, but if you watch his streams, you’ll see that he makes hundreds of dollars each time he streams. And he streams at least five days a week.

Guy Beahm, like most other Twitch streamers, also has a YouTube channel. His is estimated to make a few thousand dollars each month, on top of his Twitch earnings.

Of course, there are also all the behind-the-scenes sponsorship deals that we can’t even try to speculate about.

Last but not least, Guy serves as an ‘advisor’ for Boom.TV, which surely doesn’t come for free.

All in all, most of Guy’s money comes from his Twitch streams, and his Doctor DisRespect persona is what helped him to amass his huge net worth.