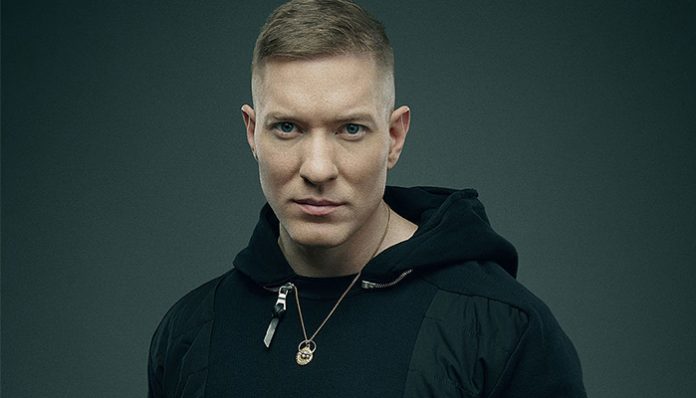 Hailing from Chicago, Joseph Sikora is perhaps best known for his portrayal of Tommy Egan in the crime drama, Power. Some of the other television series that he’s appeared in include The Heart, She Holler, Law & Order: Special Victims Unit, Boardwalk Empire, and Banshee, to name a few.

Though television is his main focus, he has also worked on a number of films throughout his career. For instance, he has played various roles in the titles My Best Friend’s Wedding, Ghost World, Charlie Wilson’s War, Night Skies, and Shutter Island. Later this year, he will also be co-starring in a thriller called, The Intruder.

How well-paid is he as a television actor? What is his salary on Power? How lucrative is his acting career in general? According to various sites, Joseph Sikora’s 2018 net worth stands at approximately $400,000. Where did he earn the majority of this from? Let’s take a look at this topic below.

How did Joseph Sikora Make His Money & Wealth?

Born on June 27, 1976, in Chicago, Illinois, Joseph Sikora grew up in the Norwood Park and Jefferson Park neighborhoods. As a child, he had made his acting debut in a McDonald’s commercial alongside NBA star, Michael Jordan. Upon graduating high school, he went to Columbia College Chicago, where he received a Bachelor of Arts in theatre.

In 1990, he landed his first television role in the police procedural, The New Adam-12. From there, he made a couple of small appearances in the films Rudy and My Best Friend’s Wedding. Continuing to add to his resume, he appeared in various titles in the early 2000’s including Third Watch, CSI: NY, and Ghost World.

In the end, however, it wasn’t until the 2010’s that he received his first starring role. The big break that he’d been waiting for, The Heart, She Holler saw him playing the role of the Sheriff from 2011 to 2013. Relatively popular, the black comedy also starred Patton Oswalt, Amy Sedaris, Heather Lawless, and Jonathan Hadary, among a few others. Responsible for his rise to fame, the show had helped to launch his acting career in the right direction.

On a roll, he was later cast as Tommy Egan in the crime drama, Power in 2014. Highly acclaimed, it has been lauded by many critics for its characterization, acting, atmosphere, and writing. One of the most watched cable show on Starz, it has earned a number of accolades including an NAACP Image Award for Outstanding Drama Series. As of August 2018, the fifth season is still airing on television. As popular as it is, however, it’s unknown how much Sikora is paid for his role on the series.

In terms of film appearances, Sikora hasn’t appeared in any movies since White Alligator and Jack Reacher in 2012. With that said, he will be co-starring in an upcoming thriller called The Intruder later this year. Not only that, but he will also be playing one of the main leads in the horror, Jacob’s Ladder, which is slated for an early 2019 release.

No, as far as we know, Joseph Sikora is currently single and not married.

Does Joseph Sikora Have Any Children?

No, Joseph Sikora does not have any children that we know of.

Does Joseph Sikora Go to College?

Yes, he did. After finishing high school, he went to Columbia College Chicago, where he studied theatre.

What is Joseph Sikora Famous For?

Joseph Sikora initially rose to fame for playing the role of Sheriff in The Heart, She Holler. Since then, he has gained further popularity for his portrayal of Tommy Egan in the crime drama, Power.

According to Joseph Sikora’s official Twitter account, he is currently based in Brooklyn, New York. We do not have any additional details on his location at this time.

What Kind of Car Does Joseph Sikora Drive?

Details on Joseph Sikora’s vehicle is not available at this time.

How Much Money Did Joseph Sikora Make Last Year?

Unfortunately, we do not have any information on Joseph Sikora’s 2017 earnings at this time.

Currently, he stars as Tommy Egan in the fifth season of the crime drama, Power. Later this year, he will also be co-starring in the horror film, The Intruder.

What is the TV star up to? If you’re a fan, why not give him a follow on social media? You can find Joseph Sikora on Twitter and Instagram at @JosephSikora4. On Facebook, he also has an official fan page, which you can check out by clicking here.