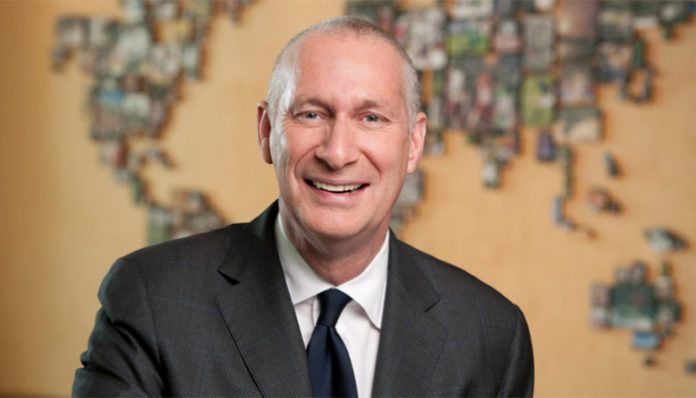 A television executive, John Skipper is perhaps best known for his work with ESPN Inc. Initially a general manager, he was named the president in 2012. Over the next few years, he negotiated a number of major television rights contracts including a $12 billion deal with the NBA. Due to his substance addiction, however, he eventually resigned from his position in 2017.

Since then, he has been hired as the executive chairman of the Perform Group. Based in the UK, the global sports media company operates a group of digital media enterprises. For the post, he currently operates out of New York City.

How wealthy is he? How much did he earn from his ESPN days? What is his salary for being the chairman of the Perform Group? According to various sources, John Skipper’s 2018 net worth is an estimated $20 million. What does he owe his fortune to? Let’s find out.

How did John Skipper Make His Money & Wealth?

Born on December 19, 1955, John Skipper grew up in Lexington, North Carolina, where he went to Lexington Senior High School. Upon graduating, he went to UNC-Chapel Hill, from which he earned an undergraduate degree in English literature. Continuing his education, he later received a master’s from Columbia University. From there, he worked briefly as a secretary for Rolling Stone, before being promoted.

Over the next few years, he negotiated several major contracts including a $12 billion deal with the NBA and a $7 billion deal for the College Football Playoff. With that said, his tenure was also rather tumultuous. More specifically, they had laid off more than 500 employees during his time as president. Not only that, but ESPN had lost nearly 15% of their subscribers, which indirectly led their TV ratings to drop significantly. Due to unrelated issues with substance addiction, Skipper later resigned from his position in 2017.

Not only did he become the president of ESPN, but he was also made the co-chairman of Disney Media Networks, a division that operates the company’s various cable channels and television networks around the same time. Just recently last year, it was announced that his contract with them had been extended through 2021.

Earlier this year, Skipper was hired as the executive chairman of Perform Group, a global sports media company based in the UK. While the company is based in Britain, he operates out of New York City. Unfortunately, not much has been revealed about his salary at this time.

In terms of television, he has helped to produce a number of documentary series over the years including Year of the Quarterback, 30 For 30, The Dotted Line, The Real Rocky, A Fighting Chance and Into the Wind, to name a few.

Does John Skipper Have Any Children?

Does John Skipper Go to College?

Yes, he did. After high school, he went to UNC-Chapel Hill, where he majored in English Literature. After receiving his bachelor’s degree, he went to Columbia University for a master’s.

What is John Skipper Famous For?

John Skipper rose to fame as the president of ESPN in the early 2010’s. Today, he is the executive chairman of the UK-based Perform Group.

John Skipper resides in New York City with his family. We do not have any pictures of his home at this time.

What Kind of Car Does John Skipper Drive?

Details on John Skipper’s vehicle is not available at this time.

How Much Money Did John Skipper Make Last Year?

Unfortunately, we do not have any information on John Skipper’s 2017 earnings at this time.

As mentioned earlier, he was recently hired as the executive chairman of the Perform Group on May 8, 2018. A global sports media company based out of the UK, he will be operating out of New York City.

Unfortunately, as far as we can tell, John Skipper is not active on social media. Should he ever join, he will be updating this section.